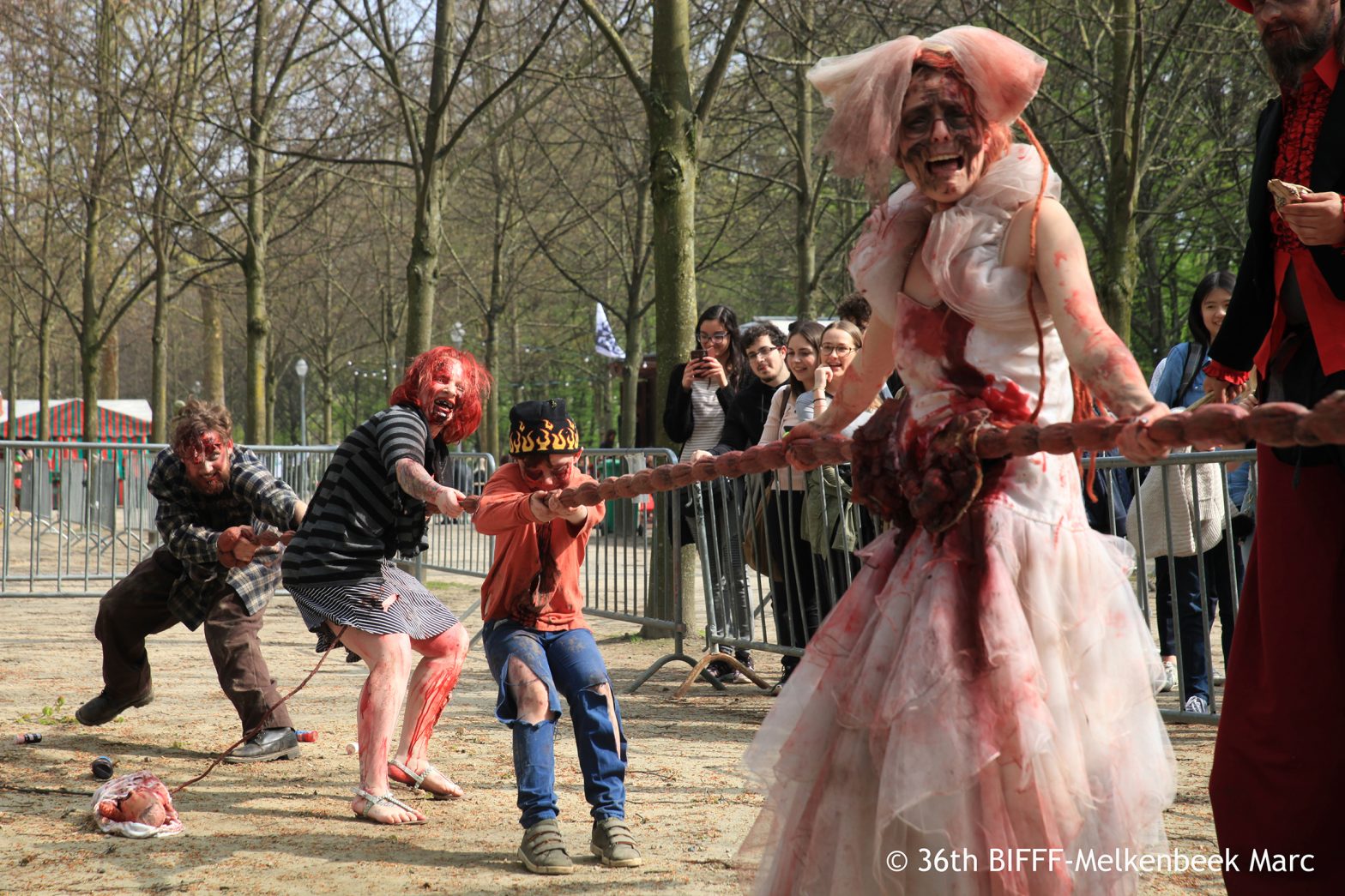 This year, the Zombifff’lympics welcomes Lloyd Kaufman as its godfather. He will open the 4th Olympic Games for Zombies during an unforgettable ceremony: after 13 days of racing… uh, walking starting from Drakulen Pis, the zombie flame-bearer will finally arrive! In addition to the usual events such as spinal column-throwing or bridal gut-pitching, we will join the parade/marathon in the Royal Park. We will be holding a live concert and the much-awaited replay between journalists and zombies. On the occasion of the Football World Cup, a soccer game will be organized at the Parc Royale between zombies and journalists. Four years ago, the latter lost due to the lack of live players on the pitch. The zombies will then prepare some dance moves for an unforgettable flashmob. The BGF (Brussels Games Festival) organizes the following event: APOCALYPSE AT CARSON CITY ZOO “LIVE” It’s a displacement game in which the players compete in teams of four. They have to save the animals of the Carson City zoo, fight the mutants and, above all, try and survive! Each team will consist of four players, with a value of 3 to 6. In each round, they will have to decide on one of the following actions: Bring a player into the zoo (the team then gets the points of the animal whose case they conquer but beware: there might be a mutant hiding in there); Move a character inside the zoo (idem); Attack another character (this one then removes his chasuble and gives it to the attacking team: one can attack only a character whose value is less than or equal to one’s own value).