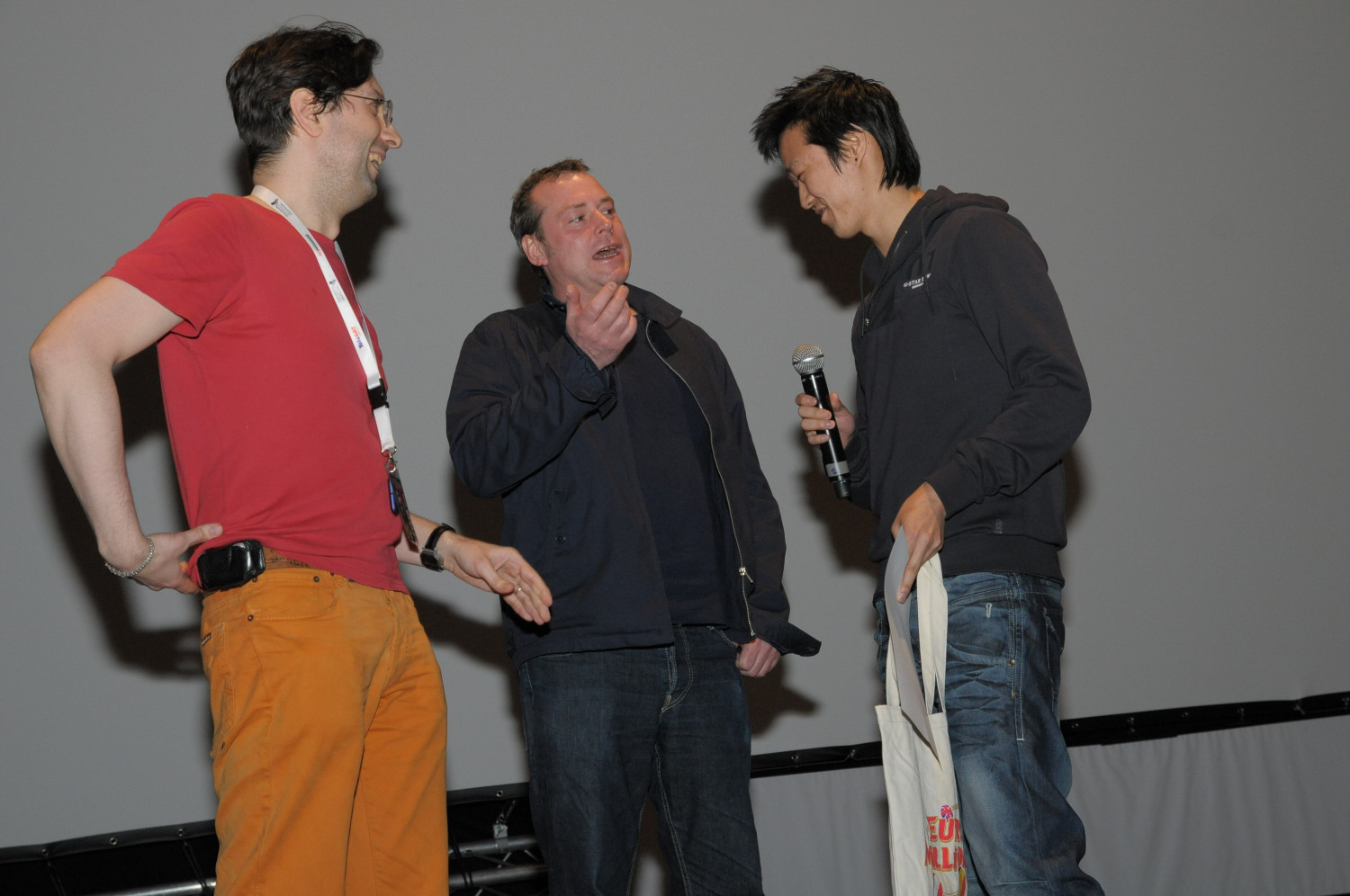 The BIFFF has always wanted to play its part in the stimulation of Belgian fantastic film production. That’s the reason behind the creation of the first Workshop in 1996. Collaborations with professional partners from the audiovisual field are intended to generate real production conditions within which film students can realize short films. The ambition of this initiative has remained unchanged throughout the years: to offer the students of our film schools the opportunity to gain experience by making a fantastic film under the supervision of an experienced foreign film director. Previous workshops have been supervised by, among others, Freddie Francis, Lewis Gilbert, Jack Cardiff, Stuart Gordon, Nick Willing, Anders Ronnow-Klarlund and Bernard Rose. This year, the Spanish / British director Alberto Sciamma revealed some of the secrets of his craft to a new generation of film professionals. Sciamma, born in Barcelona, but residing in London, started his career making music videos for Mute Records. So far he has realised three long features : The Killer Tongue ( presented at BIFFF in 1997 ), Anazapta and Jericho Mansions ( presented at BIFFF in 2004 ). The comedy I Love My Mum with Jennifer Coolidge, the heist movie Five Idiots and the thriller Fry are Sciamma’s next targets as a writer/director. For this 14th edition, BIFFF has collaborated with Rits and INSAS ( Institut National Supérieur des Arts du Spectacle et des techniques de diffusion ). During a 8 day shooting & post prod period, the students had to make 2 fantastic shorts at the Maritime station of Tour & Taxis, a location that not only has to represent Brussels, but also had to be an inspiration for the films. The results will be screened on Friday 17 April during the Belgian Fantastic Film Day of the 27th BIFFF ( Tour & Taxis ). The workshop Fantastic Brussels is made possible thanks to the financial support of the Flemish Community Commission and the logistic support of Eye-Lite, Maquillages S.A., Video Facilities and TV Connections.