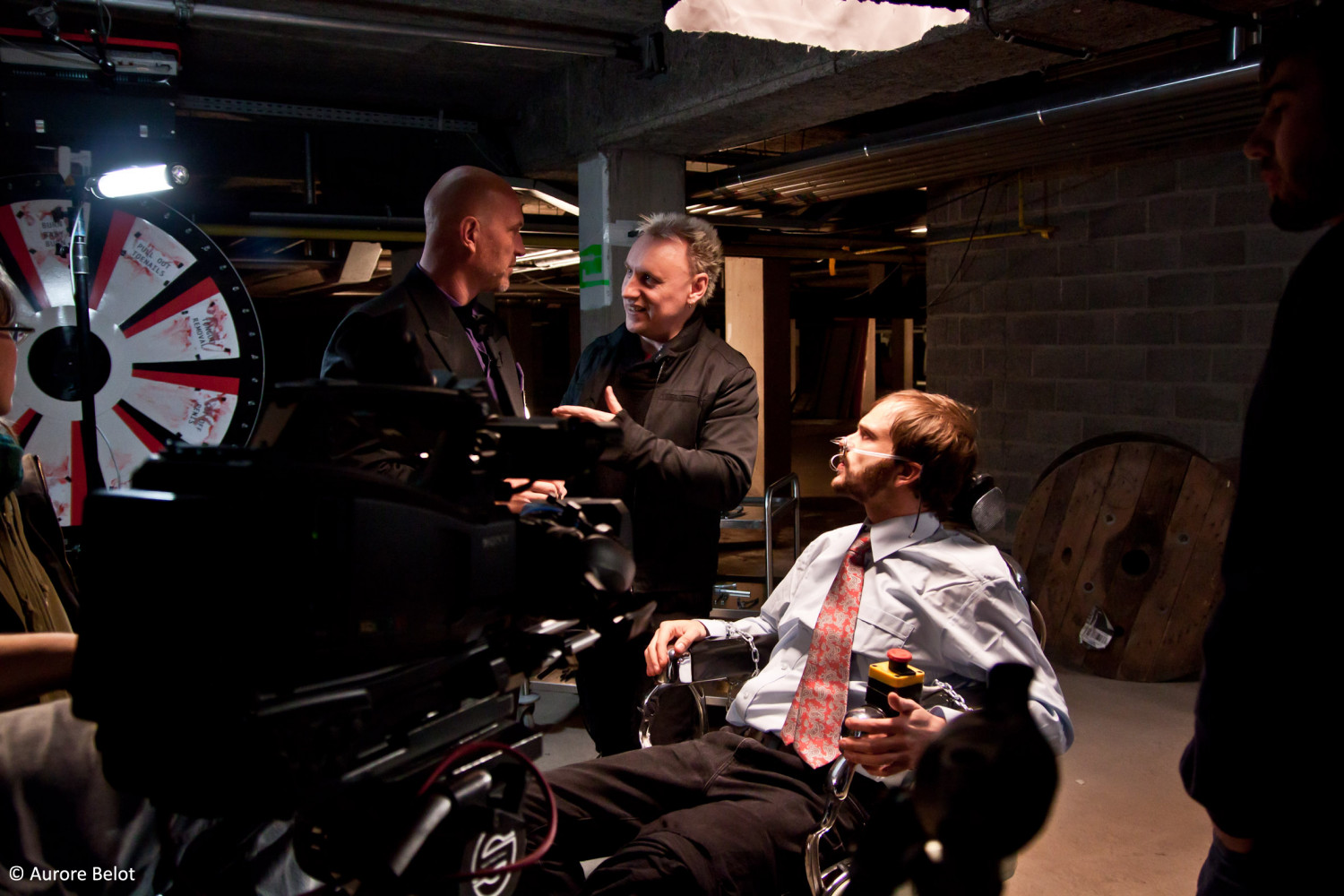 You might be born as a movie lover and you might even be a diehard genre fan, but to become a genuine moviemaker, you’ll undoubtedly need some training. That’s why every year the Bifff organizes its Workshop “Fantastic Brussels”. This unique experience allows students of two Brussels based film schools ( RITS and INSAS ) to direct two short movies under the supervision of an experienced and renowned foreign film director. For this 16th edition, the big boss is Jake West, English filmmaker with some heavy stuff on his CV : Razor Blade Smile, Evil Aliens ( presented at the Bifff in 2006 ), and his latest, the anti macho zombie flick Doghouse. Practically speaking, the shooting took place on the 22nd, 23rd and 24th of March. The editing and the postproduction went on from March 25th until March 30th. And the official screening will, off course, take place at the Bifff during its Belgian Fantastic Film Day ! And there are also some Prizes to be attributed. One lucky student will receive the Eye-Lite Award ( 2,500 € of lightning equipment for a next project ). The Bifff will also award some students with two prizes for those who distinguished themselves during the entire production process. Let us seize the opportunity to warmly thank the Flemish Community Commission of the Brussels Capital Region and our professional partners Eye-Lite, Maquillages S.A., E.S. Broadcast & Media, TV Connections and CGI Trainer for their indispensable support.