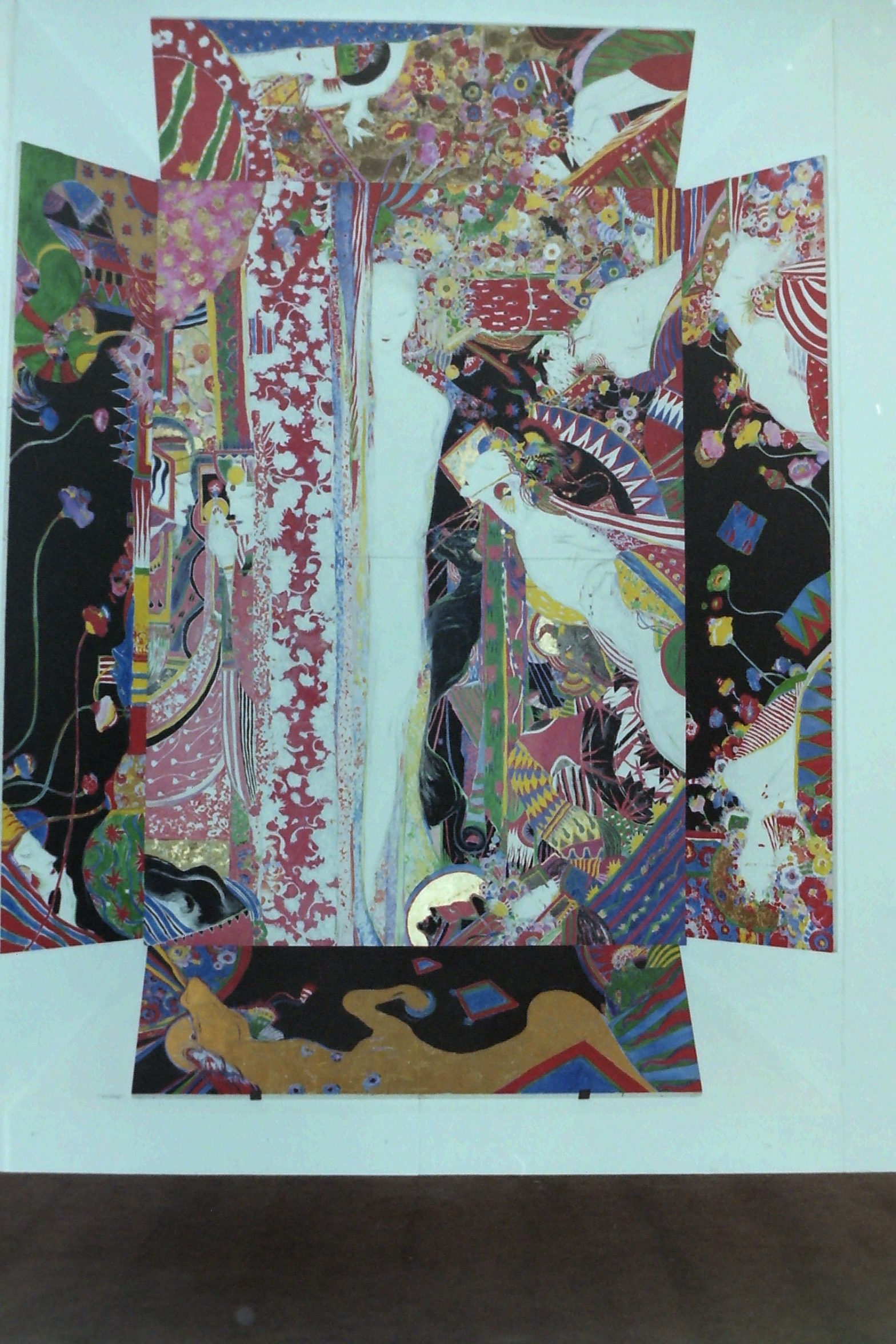 Coming from Shizuoka (93 miles or so in the south-west of Tokyo) where he was born in 1952 Amano has shown a great gift for drawing since his childhood. He began his career at the age of 15 at a cartoon producer’s and worked there as a character designer for 15 years.
After leaving the animation world he has taken up the illustation of fantasy and science fiction novels through which he has fully displayed his talents, using in his drawings rich colours and a lot of flowing lines, a part of which had to be reluctantly put aside in animes.
Amano’s mysterious pictures follow rich and attractive curves beyond reason, combining conflicting elements such as daring and subtlety, as well as acuteness and ambiguity. As his works attract the public, a lot of exhibitions take place all around Japan, and Amano’s fantastic pictures gradually enter other media. For exemple Amano takes part to video game creation, as well as scenography and costume design for plays. Among his creations we can also mention stained glass windows destined to the Fairy Museum in Fukushima in the north of Tokyo. Furthermore his paintings, the theme of which comes from the Arabian Nights, will soon be brought back in a CG animation in California…
Using with ease watercolours, Indian Ink, acrylic, colour ink or oil and following techniques: lithography, silkscreen or etching, Yoshitaka Amano goes on making the most of his own fantasy and dreamlike world.