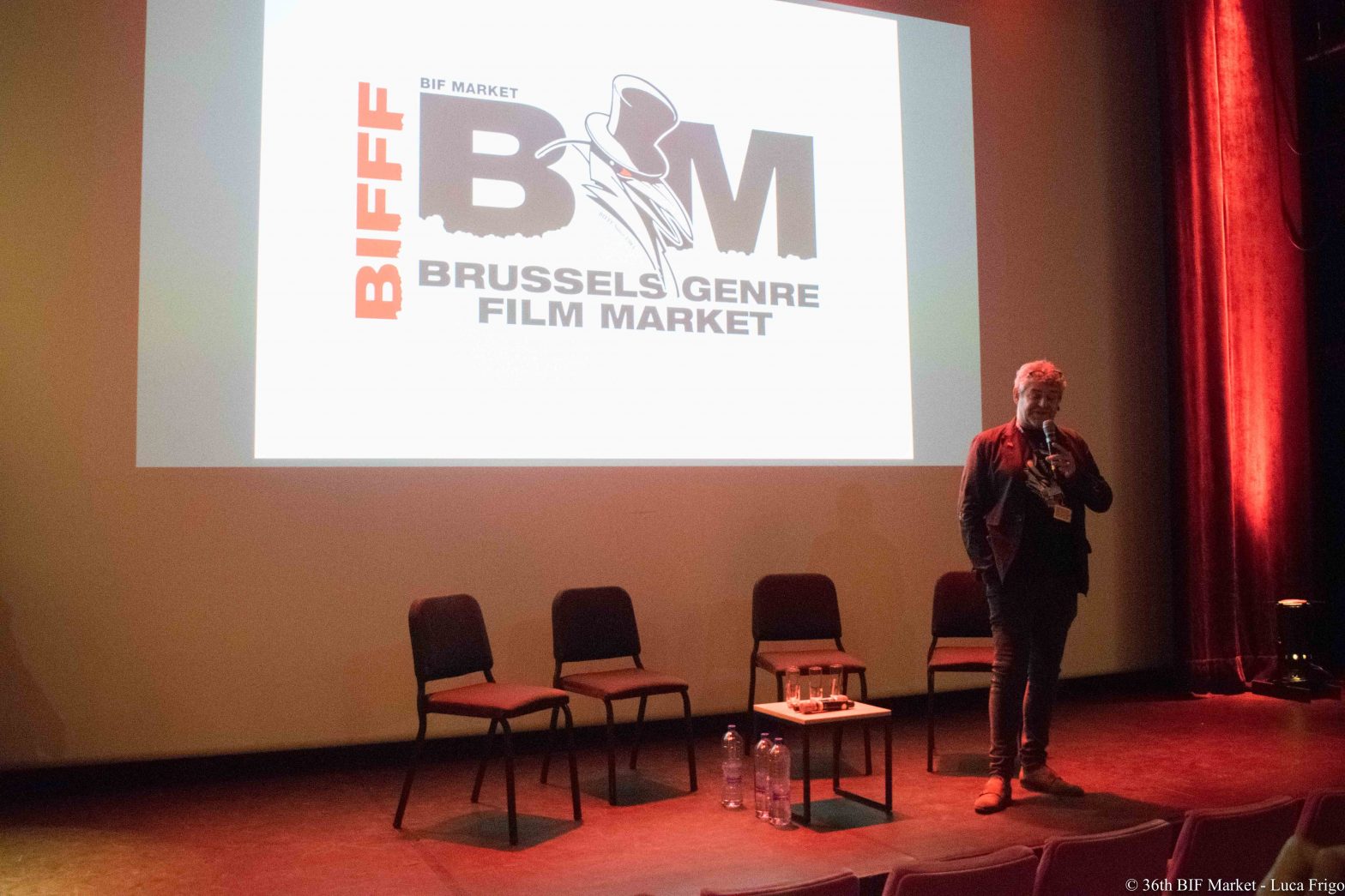 After having hosted the co-production market for genre films for several years, the BIFFF set up its own market, exclusively dedicated to the sale of genre films. The BIF Market saw the light of day in 2017.

For the second edition, the BIF Market team has gone the extra mile and this time it’s even more innovating and welcoming, sometimes even with access for the general public.

The big novelty is the creation of a “Work in progress” section. Foreign producers will be showcasing current projects with a view to perhaps finishing them in Belgium, a cinema country with a strong expertise when it comes to post-production. It’s also an opportunity to highlight financing possibilities, not only via the tax shelter, but also through Belgian producers and post-production companies.

The films Muse, I Kill Giants, Mandy, and The Year of the Plague were all co-produced in Belgium and/or benefited from the excellent special effects available here. Muse, directed by Jaume Balagueró, will be shown at the festival in a classical version, but also in a special VR version. As VR or virtual reality is becoming bigger and bigger, we will highlight the phenomenon with a conference in collaboration with Wallimage, which helped finance the film.

The market also entails masterclasses and conferences led by professionals active in genre cinema and with a solid experience. For instance director Franck Ribière will come and talk about La Femme la plus assassinée du monde, the first 100% Belgian Netflix film, which will have its world premiere at the festival.

These masterclasses are generally reserved for professionals, attending in ever larger numbers from all over the world. A number of foreign production companies well-known to genre fans will be present, including Showbox (South Korea), Shoreline (United States), Reel Suspects (France), Nikkatsu (Japan), and Jinga Films (United Kingdom).

Which goes to show the reputation of the BIFFF and the BIF Market is well established!