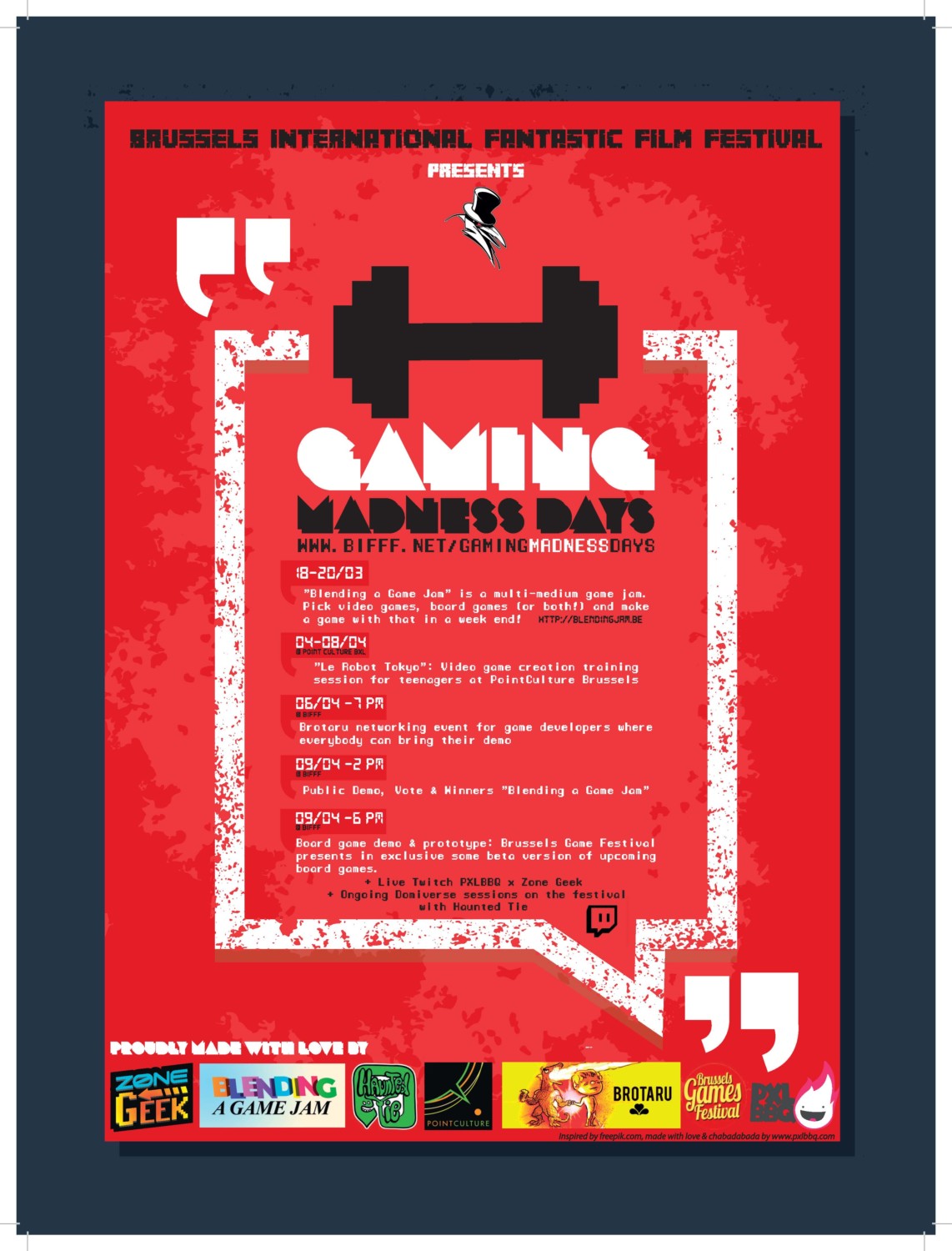 Who doesn’t want to slaughter some zombies after having seen The Evil Dead? Who doesn’t want to start a car chase worthy of Mad Max? That’s been possible for a while now thanks to video games! Because games are becoming an important part of popular culture and with quite a few gamers in our audience, we thought that it wouldn’t be a bad idea to turn it into an OFF-festival event.
Those who visited the festival during the nineties might have memories of theLAN-Parties. Last year we organized a first Gaming Madness Days with several events taking place at the festival and in the various Brussels’ Geek Hotspots. This year’s GMD are all about Game Developers.
Just like the movies, a lot of different people are needed to make a game. We want to show you the process of game creation through Game Jams (events where people make a game in a certain time period), a developers market organized by Brotaru and live Twitch coverage by Zone Geek and PXL BBQ.

18-20/03 Blending a Game Jam is a multi-medium game jam. Pick video games, board games (or both) and make a game with those in a weekend. More info: Website

06/04 19h – @BIFFF: Brotarunetworking event for game developers, where everybody can bring along their demo. More info: Website