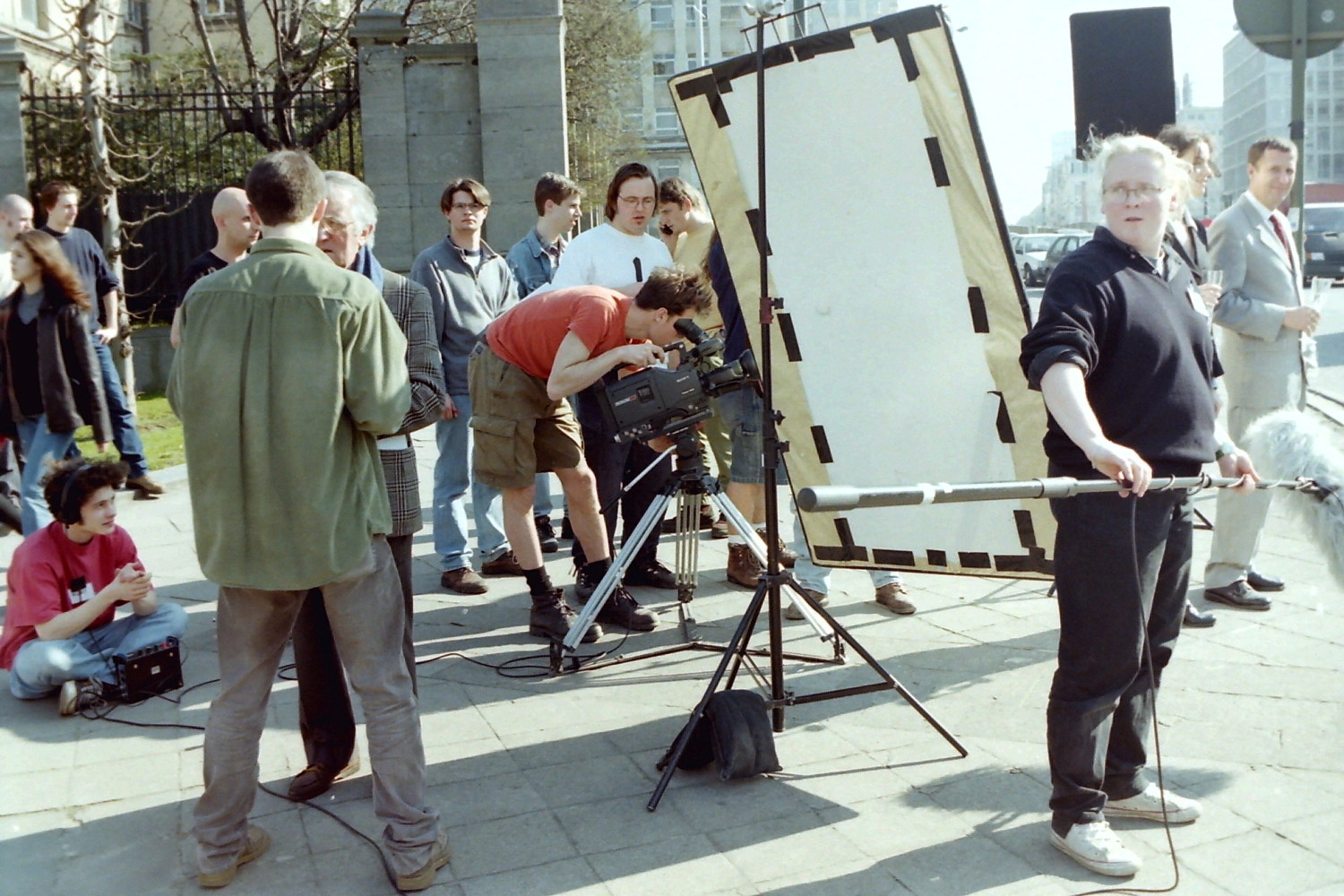 The Brussels International Festival of Fantasy, Thriller & Science-Fiction Films organizes the second workshop for film-students.
The Festival offers to Belgian film students the opportunity to realize a Fantasy Film with a low budget, but by using a lot of imagination and by working under the wings of a internationaly reputated director these students will create a superb film and will have lived an exceptionnal experience.
The theme of this year is “Fantastic Brussels”.
The participating film schools are NARAFI and RITS.

40 film students will learn thanks to the experience and the advise of :
FREDDIE FRANCIS

Freddie Francis is famous for the extraordinary quality of his work as Director of Photography: he received an impressive collection of Oscars for the Best Photography ( Sons & Lovers ‘60, Elephant Man ‘80, Glory‘90) and worked with the greatest directors: Huston, Clayton, Cardiff, Lynch or Scorsese for Cape Fear. Francis is one of those English directors who participated at the renewal of the British cinema. Sided by James Whale and Rowland Lee, he guided back the British film to a certain tradition of horror movies, this under the wings of the Hammer Studios. Through 28 films,he revealed a bizarre sense of macabre humour and to be excellent in directing actors: The Skull, The Day of the Triffids, Torture Gardens, Tales From The Crypt, The Creeping Flesh, The Doctor and the Devils, Dark Tower, … .

The Workshop : where and when ?