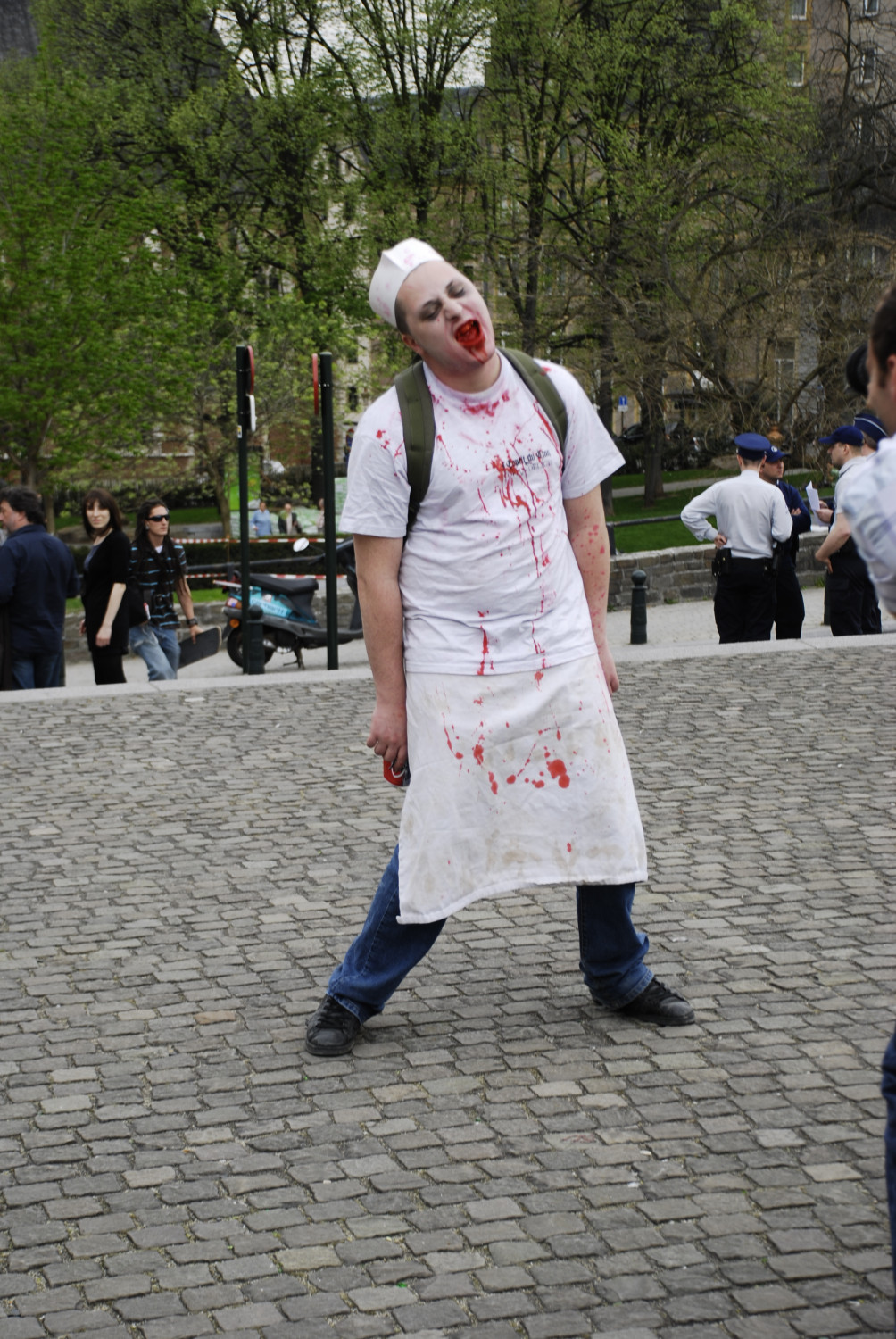 Worst of all…are their cries… coming from hundreds of deformed mouths… cries of an all consuming hunger for human flesh. I can still hear their victims scream. I hardly dare to look outside… I’m afraid I might recognize an old friend among them. Master… why hast thou abandoned this city ? The Zombie Day is one big role playing game in which the participants get made up into zombies, after which they stumble through the streets of Brussels, terrifying each and everyone who crosses their path. For the third time the Zombies will invade Brussels ! After spreading the virus in 2007 and the success of the parade during the 26th BIFFF, the Zombie Day returns to the 27th Brussels International Fantastic Film Festival ! Hundreds of participants will be made up for free at the BIFFF on Saturday 11 April 2009, starting from1pm, before being let loose on the streets to terrorize and terrify every passer-by ! You can also become a monster for one afternoon ! Join us and spreaad fear and paanic in the streets of Brussels !