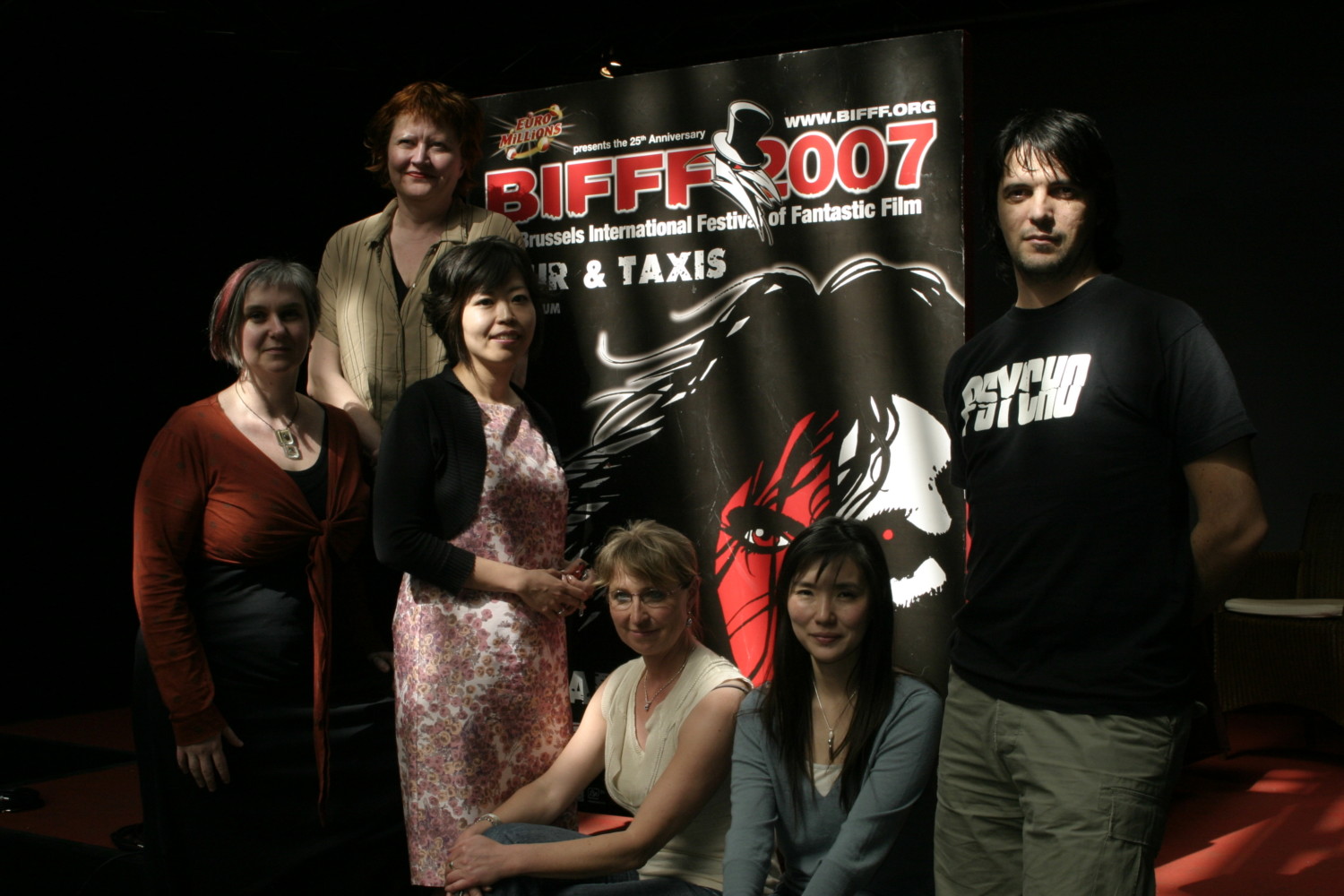 THE BELGIAN FILM DAY
ON FRIDAY 13 APRIL :
Belgian short features in Belgian competition, from 1pm till 5pm !
n 12 films, of which 2 will also participate the next day to the International Competition, 2 awards :
one offered by the SACD and the other by Michel Devillers & Co. Judged by a fair and competent Jury !

“Tax shelter” has become, since its introduction in 2003, a very important tool for the funding of audiovisual projects in the French Community.
The most effective method keep the system going, is to make it as seethrough as possible, by organising with the Middleclass Union, a seminar where audiovisual and fiscal system’s professionnals can clearly and legally exchange information about “tax shelter”.
Thanks to its dynamic organisation and its importance in the French Community and in Brussels, is the BIFFF the ideal opportunity to bring those porfessionnals together.
In presence of federal and community political representatives, professionnals and artists of the French Community, the seminar will include a detailed explanation of the advantages, the fiscal system’s mecanism and other practical information, but also a presentation about the different positions in the cinema world.
A technical file will be handed to all of the part-takers and will, later, be available to all members of the UCM.
This encounter will be followed by the projection of “Nue Propriété”, a film by Joachim Lafosse, at 11am.

12th WORKSHOP
“FANTASTIC BRUSSELS”
The BIFFF wants to play its part in the stimulation of Belgian fantastic film production. That’s the reason behind the creation of the first Workshop in 1996. The ambition of this initiative has remained unchanged throughout the years: to offer the students of our film schools the opportunity to gain experience by making three fantastic short films under the supervision of an experienced foreign film director. This year, Anders Rønnow-Klarlund will reveal some of the secrets of his craft to a new generation of film professionals. The talented Danish director of “Possessed” (Golden Raven BIFFF 2000) and “Strings” will this year also present his latest film “How To Get Rid of the Others” to the festival public. Collaborations with professional partners from the audiovisual field are intended to generate real production conditions within which the students of RITS and NARAFI can realize three short fantastic films. Logistical support facilities are provided by Maquillages S.A., Eye-lite, Key Grip Systems S.A., APPLE, Double Precision, ABATAN SA, while students of LE SITE (Enseignement Supérieur en Infographie et Technique d’Expression) in Hornu, under the guidance of SFX specialist Jean-Yves Arboit, are taking care of the digital postproduction. The 3 shorts will be shot from March 6 to 8 in and around the “Caves de Cureghem”. The finished results will be presented during the Belgian Film Day, on Friday April 13, after which Eye Lite will provide one student with a value of 2,500 € in lightning material for his/her next film project. Thanks to the collaboration of all partners and the support of the Vlaamse Gemeenschapscommissie, the Workshop of the BIFFF has become a valuable and important tool in the education of our future film makers.