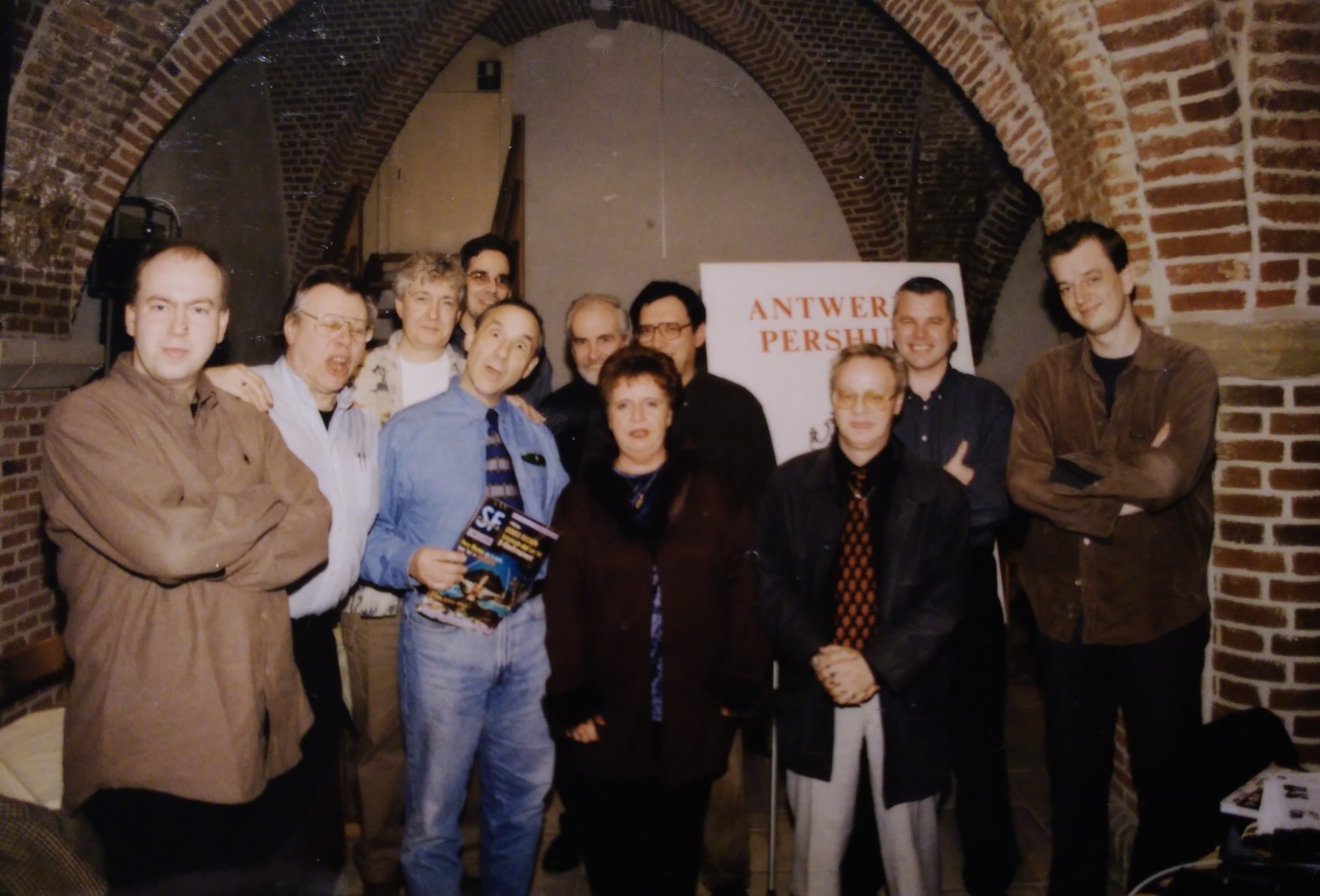 … in Brussels :
conference with guest speaker Pieter Aspe.
Pieter Aspe (° 3th of April 1953), pseudonym of Pierre Aspeslag, is since 1996 full-time author and screenwriter. Pieter Aspe is especially known for his crime fiction. He has written 11 thrillers such as “The Children of Chronos”, “The Fourth Shape”, “Rough Quarry” and “The Peace Offering”, the juvenile books “Bloodtie” and “Airpost”, short stories like “Human Interest”, “Voluptuousness” and “The last Siege” and scenarios such as “Heterdaad” for the VRT. His thrillers are at present being are adapted for the radio. Pieter Aspe has been nominated three times for the Hercules Poirot Award.
A co-operation of KK of the VUB and BIFFF, with assistance of Flanders Fantastic vzw
stoa-VUB, Pleinlaan 2 in 1050 Brussels at
Tuesday 13th of March at 20h00. Entrance : 150 BEF.
… in Antwerp :
a literary meeting of prominent Dutch fantasy writers.
In the panel, presided by Alfons Maes (chairman of Flanders Fantastic vzw and chief editor of the Cerberus) and Ton Van Rooij (journalist of SF-Terra), following guests will be present:
Eddy C. Bertin, an authority in the field of SF, fantasy and horror. He has written about thirty horror and SF books for adults.
Johan Deseyn, a young Flemish fantasy writer who has written about three remarkable novels.
Lloyd Kaufman (o.v.), manager and owner of “TROMA”, director of several horror Z-films like “The Toxic Avenger”, “Tromeo & Juliet”, …
A co-operation of BIFFF, the Beroepsbond van de Belgische Filmpers (department Antwerpen/Limburg) and Flanders Fantastic vzw.
International Press Centre Antwerp, Huis Roodenborch, Grote Markt 40 in 2000 Antwerp at 16th of March at 20h00. Entrance : free.