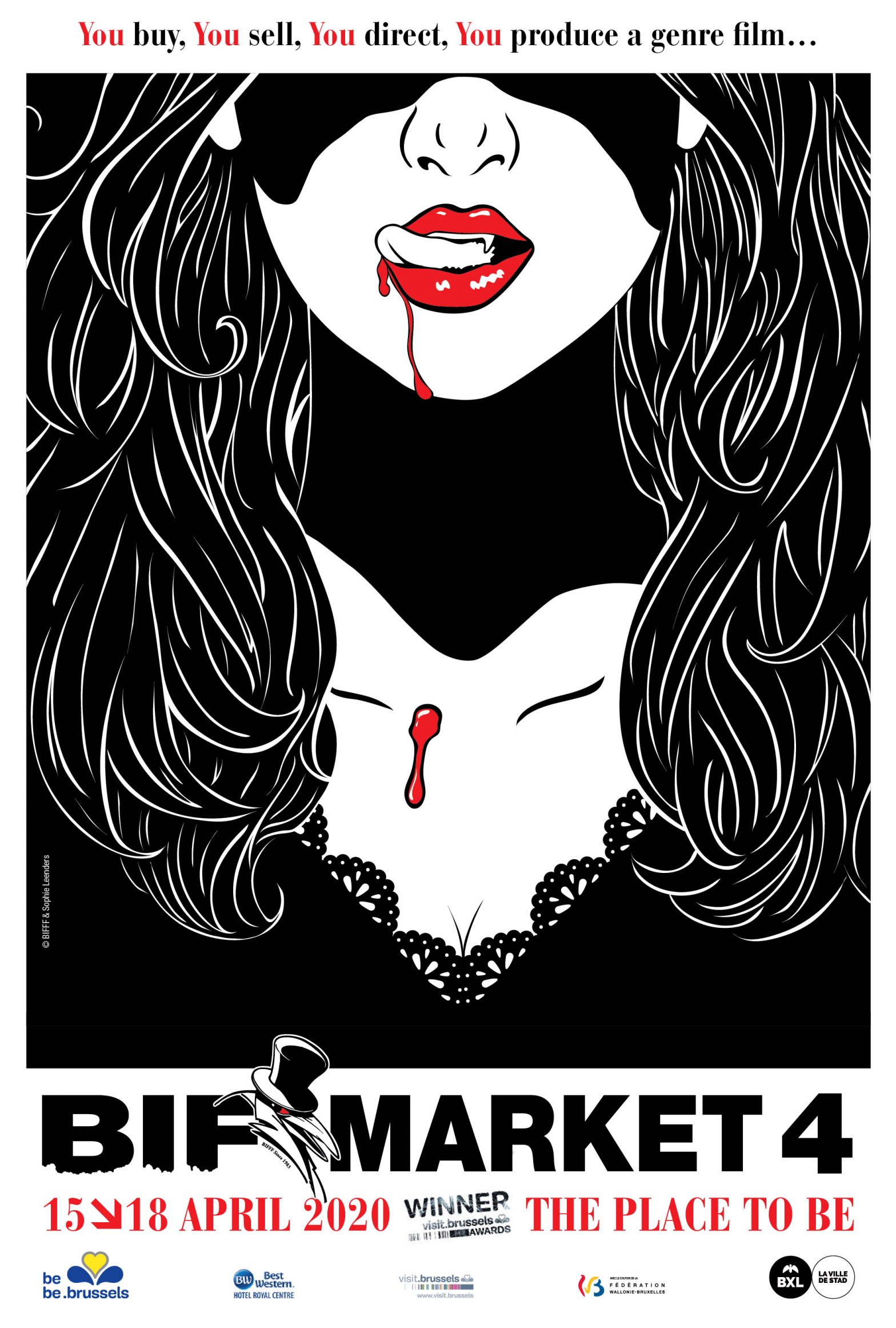 The BIF Market reaches its 4th edition (15-18 April) on a wave of enthusiasm: we are both

proud of last year’s results and  of the rise in inscriptions for the 2020  edition.

The number  of WIP’s (Works  In Progress) and  features has  more than  doubled, the number of participating

countries grew and so did the number of sales agents and distribution companies.

Two of the projects we championed have already been shown at the BIFFF 2019: Achoura and Ride. The third one, In the Trap, will be screened at this year’s festival.

As usual, the 4th  BIF Market will include  market screenings, industry  meetings  and networking  events. The market’s  4 days  will be used to  support the financing  of medium budget films  (500.000€ – 5.000.000€), to facilitate  encounters  between  producers  and  buyers  with  WIPs, to  hold  conferences  and  to  encourage international co-productions and promote Belgian professionals.

This year’s BIF Market  will focus  on Belgian film (co)productions. The BIF Market has dedicated one special day

– The very first Belgian Fantastic Pitchbox Session, in collaboration  with the ASA (French speaking screenwriters association), the ARRF (French speaking directors association) and Sabam for culture, received 50 submissions, of which 10 were selected by a jury (which will designate an award), perfectly illustrating the increase in genre productions. Fantastic Cinema is gathering momentum across Belgium.

Wallimage has created www.fantasticwallonia.be, a website for genre films coproduced with the support of the French speaking Community of Belgium. The selected projects are Sick Building Syndrome, The Cat Came Back, The Hothers, Ronnie Callaghan, Pieta, Stabat Mater, The Threshold, The Very Last Dinosaur, Radius and The Bear In My Head.

At this moment audiovisual genre fiction attracts the largest crowds (in cinema theaters, on television and on SVOD and streaming platforms). Belgian professionals are very much aware of this trend: Wallimage has created a website entirely dedicated to fantasy (www.fantasticwallonia.be) with an inventory of more than 30 genre films co-produced in the French-speaking part of Belgium. Umedia multiplies its international co-productions (Mandy, Seven Sisters, Le  Daim,  Extraordinary…), Belgian  firms specialized  in post-productions or special effects are known all over the world for their efficiency and the financial lever of the Tax Shelter attracts many new investors to Belgium. Moreover, in the Dutch speaking part, Screen Flanders also invests in genre co-productions (Patrick, Spider in the Web…), the Potemkino production house specializes in genre fiction (Welp, Iron Sky: the Coming Race) and the Flemish know-how in terms of popular thrillers is now obvious to all.

The BIF Market works closely together with Casa Kafka, experts in the use of the Tax Shelter. They’ll present the co-financing  system to  the market’s  guests and participants.  Sea Fever (Casa Kafka) and Breaking Surface (Umedia), part of the BIFFF 2020 selection, are great results of Belgian co-productions and will be used as textbook examples for the functioning of the Tax Shelter.

The 10 projects already included to the BIF Market come from all over the world:

Each of these projects is looking  for development funds or distribution,  and each of the BIF Market’s projects

will be included in our international network for the financing and developing of film projects.

The participants to the BIF Market will get to meet and learn from the best international professionals:

In addition, they also selected a number of works in progress from their country or region, which they will present at the BIF Market.

The BIF Market has a special place for television projects and this year we celebrate, discuss and elaborate around projects of the RTBF (French speaking Belgian Television) that are in the development stage.

On the last day, a new market activity will take place: a guided visit to the studios of Pix & Real and Lites, where

some of the movies of this year’s selection were shot.