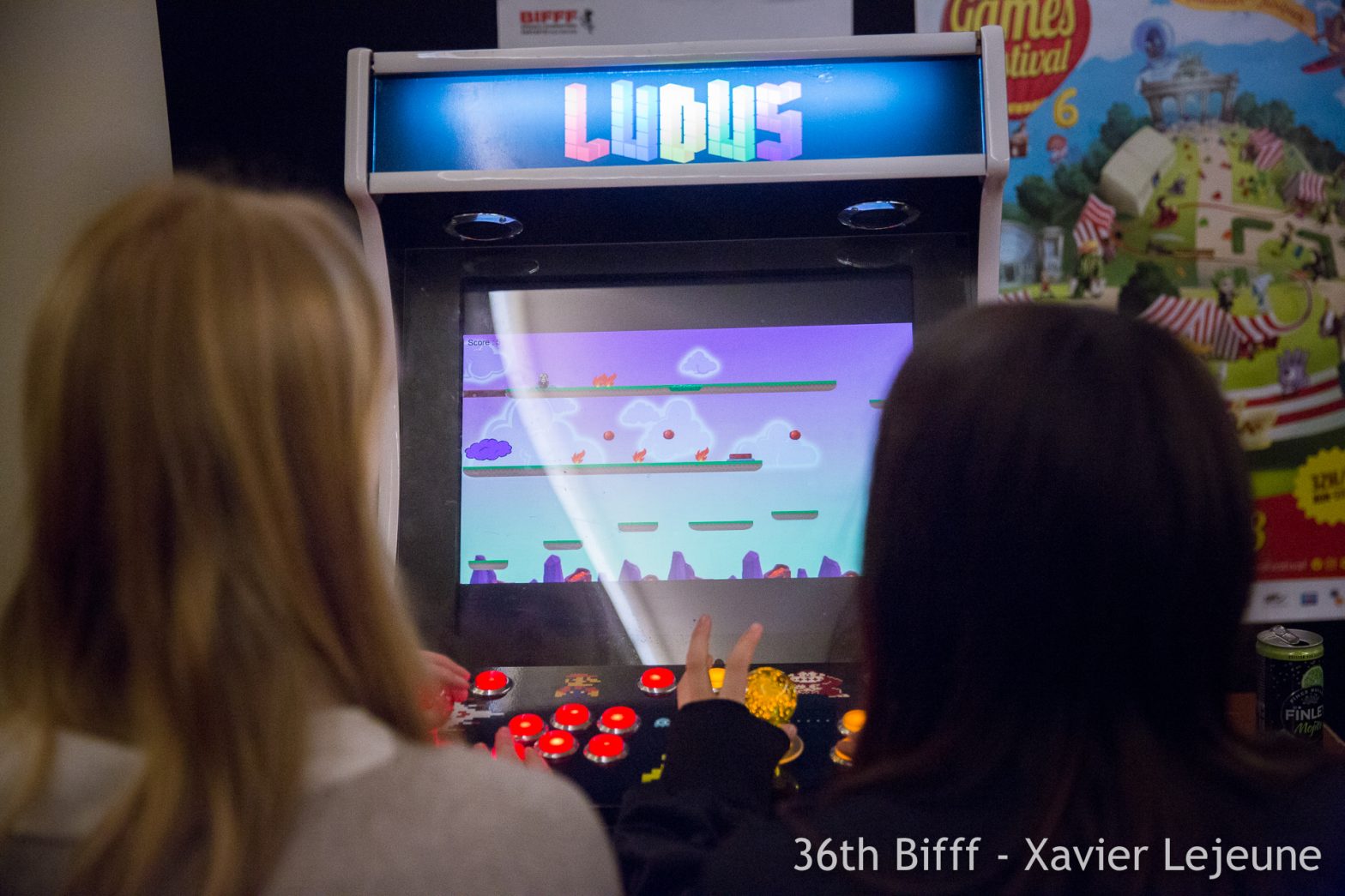 There’s an ever thinner line between genre movies and video games. We both love getting scared, killing orcs, having bad ass battles in space and so on.  But even if we look like brothers from another mother, there is still so much we can learn from each other. That is why after three years of introducing all kind of gaming activities at the festival, we’re giving the gamers their very own space: The Gaming Madness Zone. =>

This multifunctional space will start its activities on Wednesday 4 April, which will go on till Sunday 15 April. You’ll get access to the best new board games programmed by the Brussels Games Festival, you’ll be able to test new games and meet some old friends like Brotaru, Blending Game Jam, Brussels Game Festival, Ludus Academy, Panoptic, Black Land Studio, Futurist, Belgian Beer Race, Dé joueur and, as the cherry on the cake, there’ll be a masterclass devoted to games!

GET THE COMPLETE SCHEDULE

MEET ALL THE GAMERS

We’ll be waiting for you on the Ludus Academy stand to discover our games made by our students on our arcade machines and our board games. We also have free access consoles if you want to play a small game. In the Ludus Academy stand, we’ll particularly propose you to participate on our tournaments. On Friday 6th April, there will be a Dragon Ball FighterZ tournament, on Thursday 12th it will be a Super Smash Bros tournament and on Saturday 14th April a Mario Kart tournament in the afternoon, and a League of Legends 1vs1 tournament in the evening. We will be happy to welcome you to our booth on Friday 13th in the afternoon for an introduction to “Construct 2” a game development program to create your own video games and in the evening for a role-playing introduction to the theme “Friday 13th / horror”.

Gaming Madness Zone
The organizers of Brussels Games Festival team up with BIFFF to help you discover the board game in all its forms. They have contacted several of their partners (publishers, prototypes creators, or game clubs) who will offer you a selection of games from fantastic universes.
On the program, and already confirmed: Geek Attitude Game with Not Alone, Editions FIKA with Intimate Conviction, Game Brewer with Chimera Station, but also games of tomorrow and surprise games …

Sporz Animation
Sporz is a life-size investigation in which players cooperate with each other to find out who the mutants are. To get an idea, here is a small video presentation: https://youtu.be/fnE5riG4B68
Are you tempted? Register!

Apocalypse Animation at Carson City Zoo
“Apocalypse at the Carson City Zoo” is a game in which 16 puppets from the universe of the cartoon series of Guillaume Griffon will compete to free the animals, to destroy the mutants and the bugs of the other teams, without forgetting to survive!
The Brussels Games Festival had a bit crazy idea of making a live and giant version of it … Will you be there?

The Bbug (Belgian Blender User Group) and Hands can dance organize thanks to the BIFFF the third edition of the Blending Game Jam; an event for the creation of video games and board games in the heart of Brussels. Come and discover the prototypes of this year’s games as well as the Belgian indie developer community. Haunted Tie and other studios will talk about their games and the daily life of Belgian video game creation.

Panoptic an asymmetrical multiplayer game opposing a player in a virtual reality headset and another on a computer. The player with the VR headset controls the powerful Overseer, while the PC player plays one of the citizens who is going to try to rebel against the reign of the Overseer by avoiding his burning gaze.

Sail the seas of all dangers and battle hordes of pirates in Shipbreakers, a nerve-wracking arcade game by Black Land Studio. Upgrade your weapons, swing your anchor at the head of your enemies and collect fabulous treasures to become the most feared buccaneer of the oceans.

The first virtual reality center of Brussels Futurist Games, offers you a wide and varied catalog. You do not have to be an expert in video games to have fun, but with a multitude of experiences and games, real gamers also find their happiness. With family, friends or teambuilding, you can leave Brussels for a trip in space, relax during a visit to the seabed or get a rush of adrenaline by killing zombies, gun in hand!

BROTARU is a monthly meet up of video game developers in Brussels, Belgium! Drop by, talk to people, have a drink, have fun and meet the #BelgianGames #gamedev community (in no particular order). Working on a game? Want to show off your portfolio? Share your music? Interested in knowing how games are made? BROTARU is the perfect place to get feedback and meet friends or collaborators.

The Belgian Beers Race is a board game prototype.

Make a crazy race through Belgium and its breweries. Visit in a maximum, buy their beers, consume in (with moderation) throughout the 3 days of competition. Optimize your trips across the country, hitchhiking or prefer public transport, continue cycling. Meet your opponents, and drink with them, but watch your blood alcohol level: hangovers and other malus are waiting for you.

Ready to start: Choose a character. Take advantage of its strengths, with its weaknesses, beware of the different events and go on YOUR route of Belgian beer … but do not forget: at the end of the 3 days, be back at the Grand Place of Brussels to celebrate and declare the great winner!

Alcohol abuse is dangerous for your health, consume with moderation!

It’s a Brussels non-profit organization that promotes board games in all its forms. It organizes a Saturday per month games sessions close to Flagey during the afternoon or evening from 14h to 1h. For this year BIFFF edition, Dé Joueur invites you to discover the new generation of board games. No need to know the games, our animator will be there to help you and avoid you to go through the rule books.