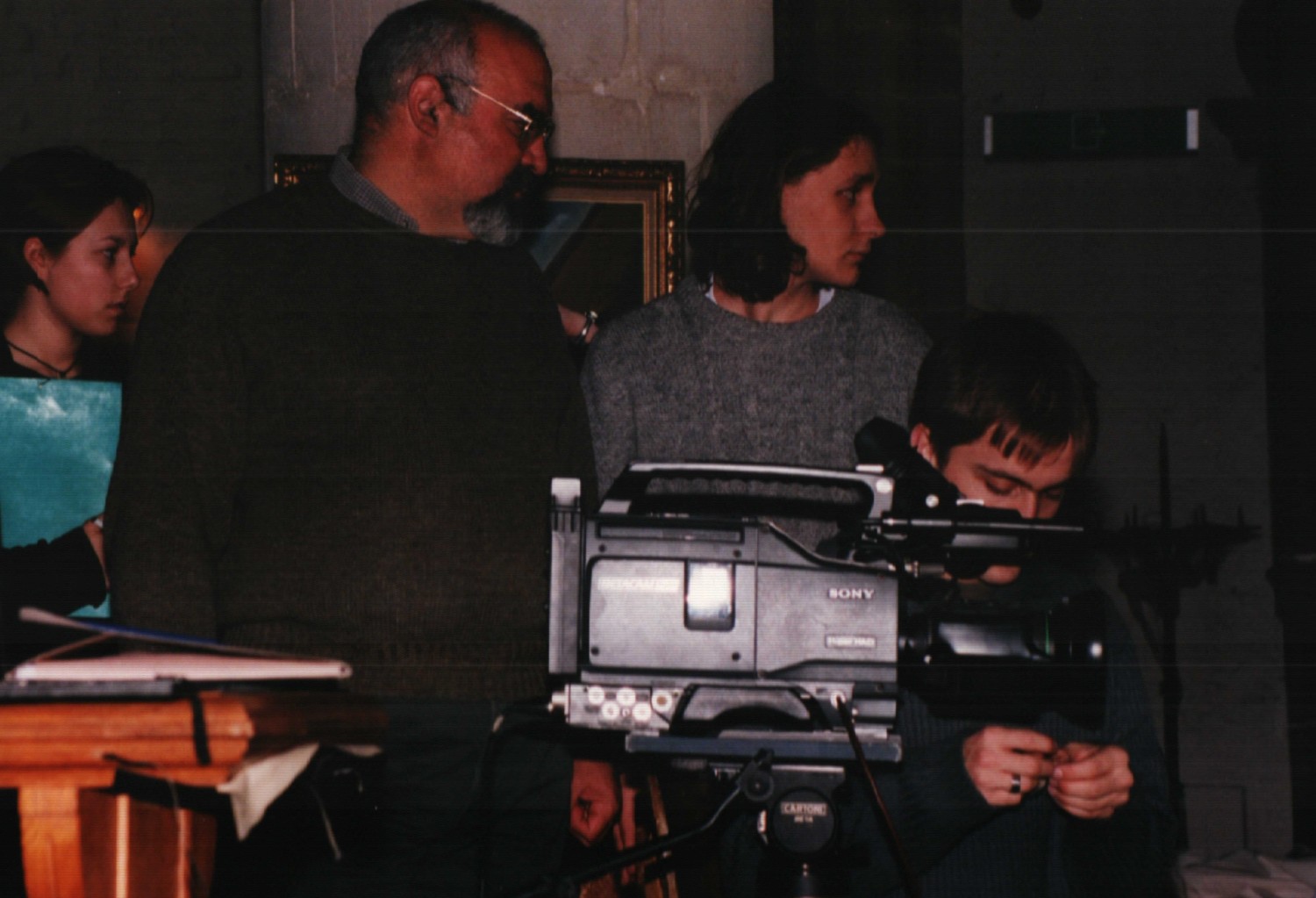 WORKSHOP
For the fourth time, the Brussels International Festival of Fantasy, Thriller and Science-Fiction Films organises a workshop for film students.
The concept behind this workshop is to let young film students benefit from the knowledge and experience of famous (or notorious) directors. Under their supervision, some 40 students of the Narafi and the RITS will pick up essential experience in the field by making a short film under the theme “Imaginary Brussels”.
After Dick Maas, Freddie Francis and Lewis Gilbert, director Stuart Gordon and screenwriter Dennis Paoli enthusiastically took up the challenge. This year, the students will not only get guidance during the shooting, but also while conceiving the screenplay. For this purpose, a screenplay-weekend will be organised in the presence of both movie personalities.
Stuart Gordon is a familiar face at the festival, which is no more than logical for a director who has found his vocation in the horror-genre. He made his debut with two frightening H.P. Lovecraft adaptations : “Re-Animator” and “From Beyond”. They were followed by “Dolls”, “Daughters of Darkness” and “Robojox”, a movie for kids. Gordon showed his love for fantasy with a remake of Roger Corman’s “The Pit and the Pendulum, an adaptation of the famous story by Edgar Allen Poe. In 1993, the festival presented his futuristic prison thriller “Fortress”, with Christophe Lambert. Three years later, we could enjoy his “Castle Freak” and in 1997 his science-fiction adventure “Space Truckers” was shown at the Passage 44.
Dennis Paoli worked with Stuart Gordon from the early days on. He wrote the screenplay for Gordon’s debut “Re-Animator” and followed this up with “From Beyond” and “The Pit and the Pendulum”. The screenplays for “Fortress” and “Castle Freak” also flowed out of his typewriter.
So, this year the future filmmakers have a unique opportunity to learn the tricks of the trade from a well oiled team of director and writer.