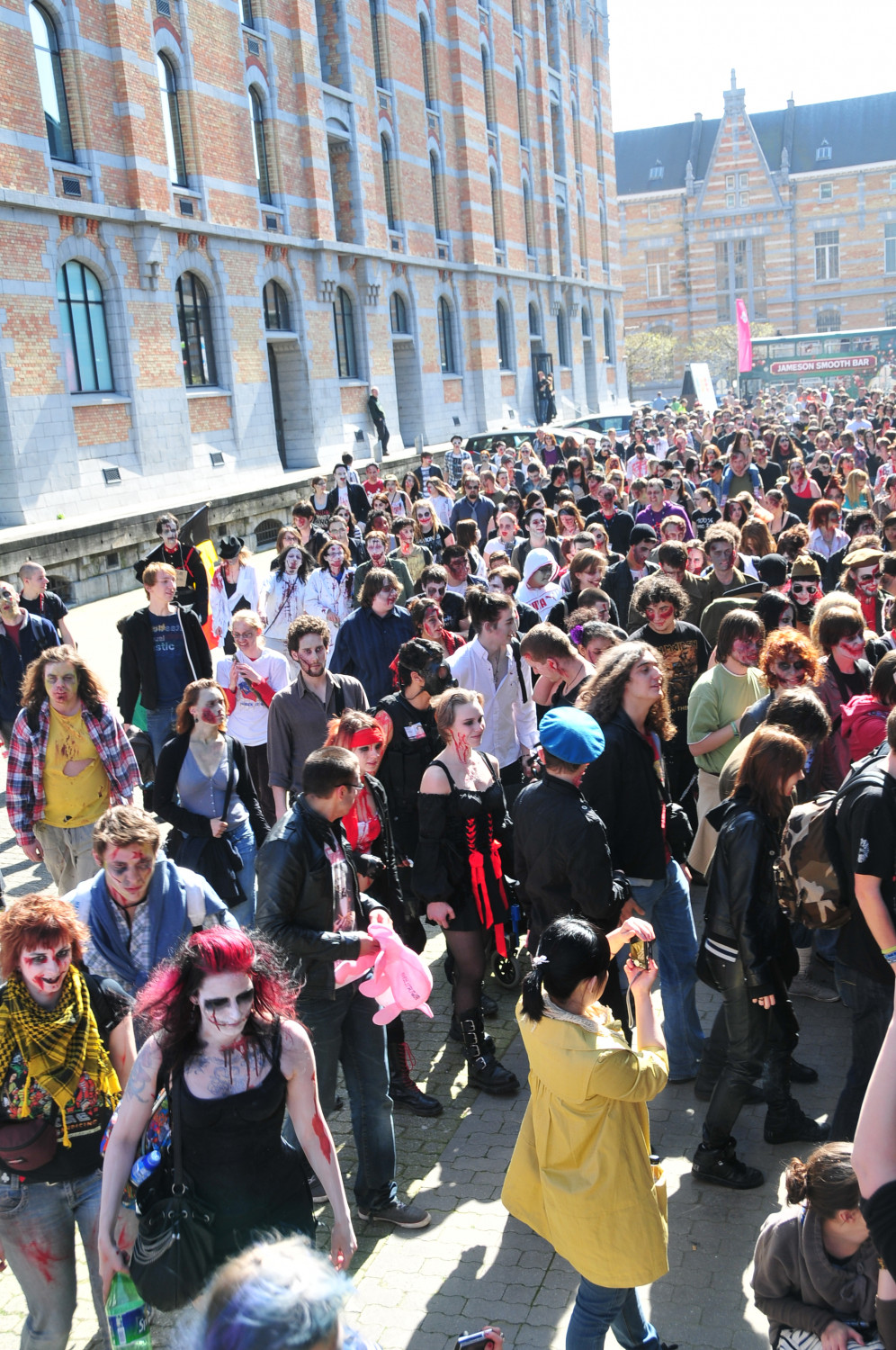 The zombies are among us !
What a nightmare ! Once more, they’re ready to invade the streets of Brussels during the 4th Zombie Parade. At the last edition, they were over 500. This year they will move again into the direction of the city centre on Saturday 9 April 2011. A huge role playing game in which you can surprise unsuspecting passers-by and entertain numerous tourists. All those rookies who missed their chance last year will be able to join the ranks of the hundreds of participants to the Zombie Parade. You can even get made-up as an undead at the BIFFF first. Also on the program: a tribute to Manneken Pis, who’ll be dressed up for the occasion as count Dracula. The Zombie Parade is organized in collaboration with the Zombie Day, Make-Up-For-Ever and Fardel Cosmetics. And to top it all off, like a rotten cherry on a maggot infested cake, you’ll be able to attend a concert night in Magasin 4, organized by the young Brussels independent label Cheap Satanism Record. They will rock your remaining limbs with an eye-popping bunch of gigs : Zombie Zombie and Cercueil. Zombie Zombie will present the Brussels première of its cover project of musical themes from the films of John Carpenter ( Halloween, The Thing, New York 1997… ). Also appearing : Philippe Petit ( live & a dj set ), Agent Palmer ( DJ set ) and also all the house bands Keiki, Trike, Joy As A Toy ( for a new project on the films of Dario Argento ), Baby Fire and Vitas Gerulaïtis.