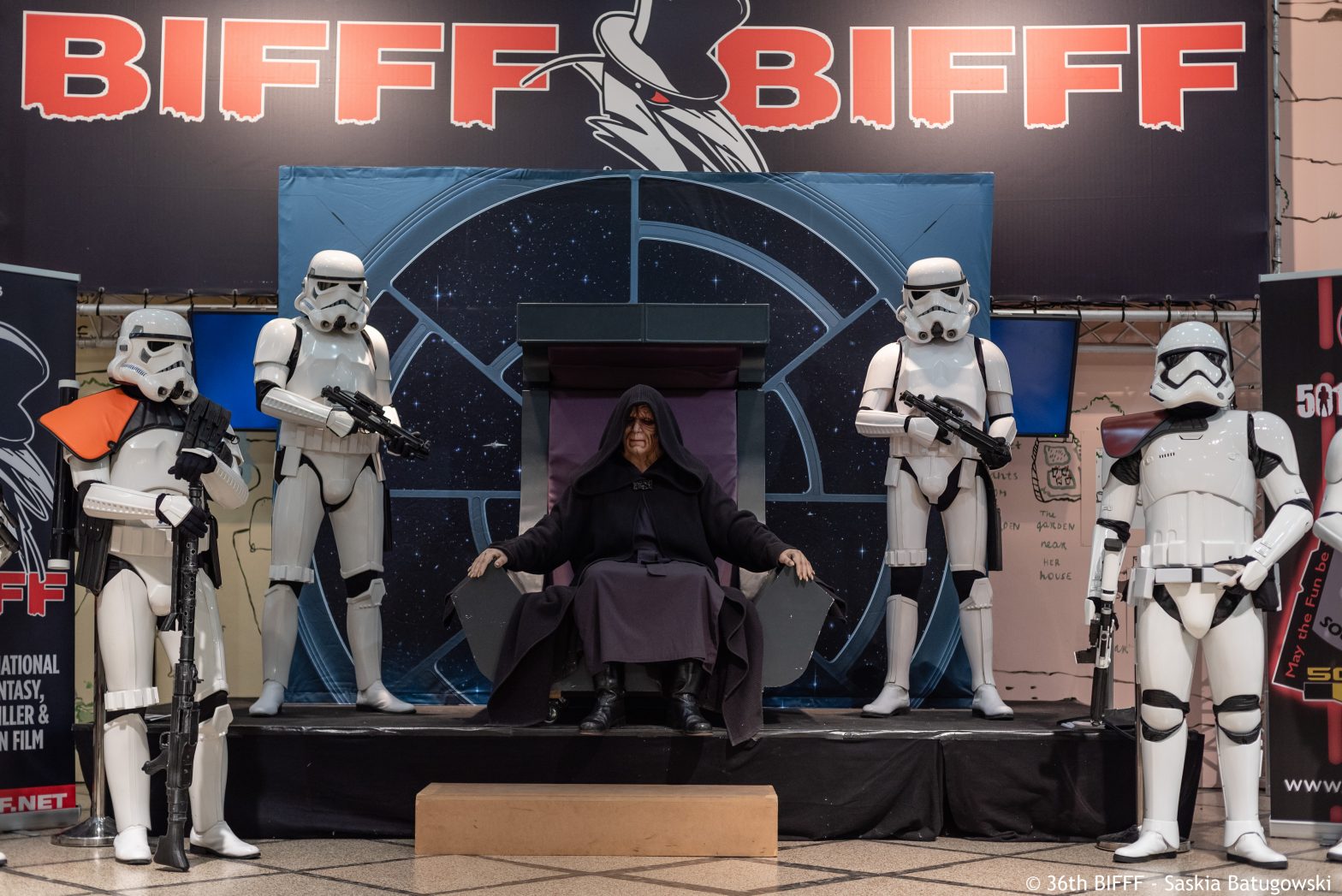 As part of this year’s partnership between the BIFFF and the Star Wars Identities exhibition, which ends its European tour at Palace 2 of the Heysel from April 2nd, the BIFFF invites the Dark Side of the Force.

The 501st FanWars Garrison is part of the 501st Legion, a worldwide non-profit organization whose activity is Star Wars costumed animation at official and charity events. Officially recognized by Lucasfilm, it is composed of more than 12,000 members around the world, spread across several national clubs.

The Stormtroopers accompanied by a Sith will brighten things up on April 15th. During the children’s afternoon, the young ones will even be allowed to sit in the Emperor’s Throne. The Stormtroopers will also be in charge of the festival-goers’ safety at the closing event …