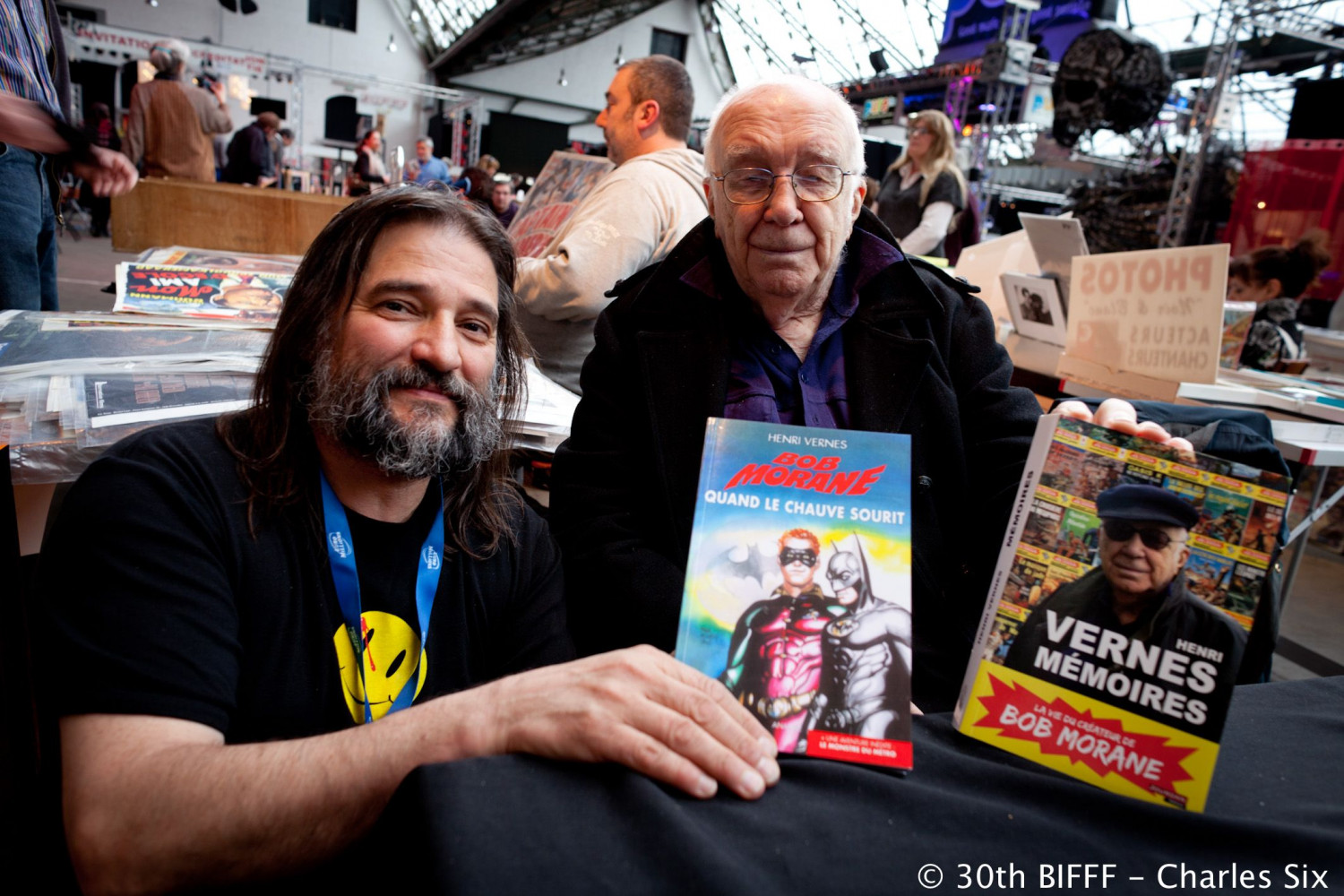 The eldest European comics’ library, THE SKULL, is back this year at the BIFFF ! Mangas, imports, comics, silk-screen printings, movie books, everything you’ve
ever looked for will be within reach… THE SKULL will also bring some friends for public meetings with the audience. Among them:

Henri Vernes, born in Ath in 1918, is the author of more than 200 adventure novels in which science-fiction is often mixed with realism. In 1953, he creates the legendary character of adventurer Bob Morane. Henri Vernes follows in the footsteps of his hero and travels all over the globe. Today the adventures of Bob Morane are successfully adapted to comic strips and animation films. In 1999 Henri Vernes receives the “Medal of Officer in the Arts and Literature” from the French Ambassador in Belgium.