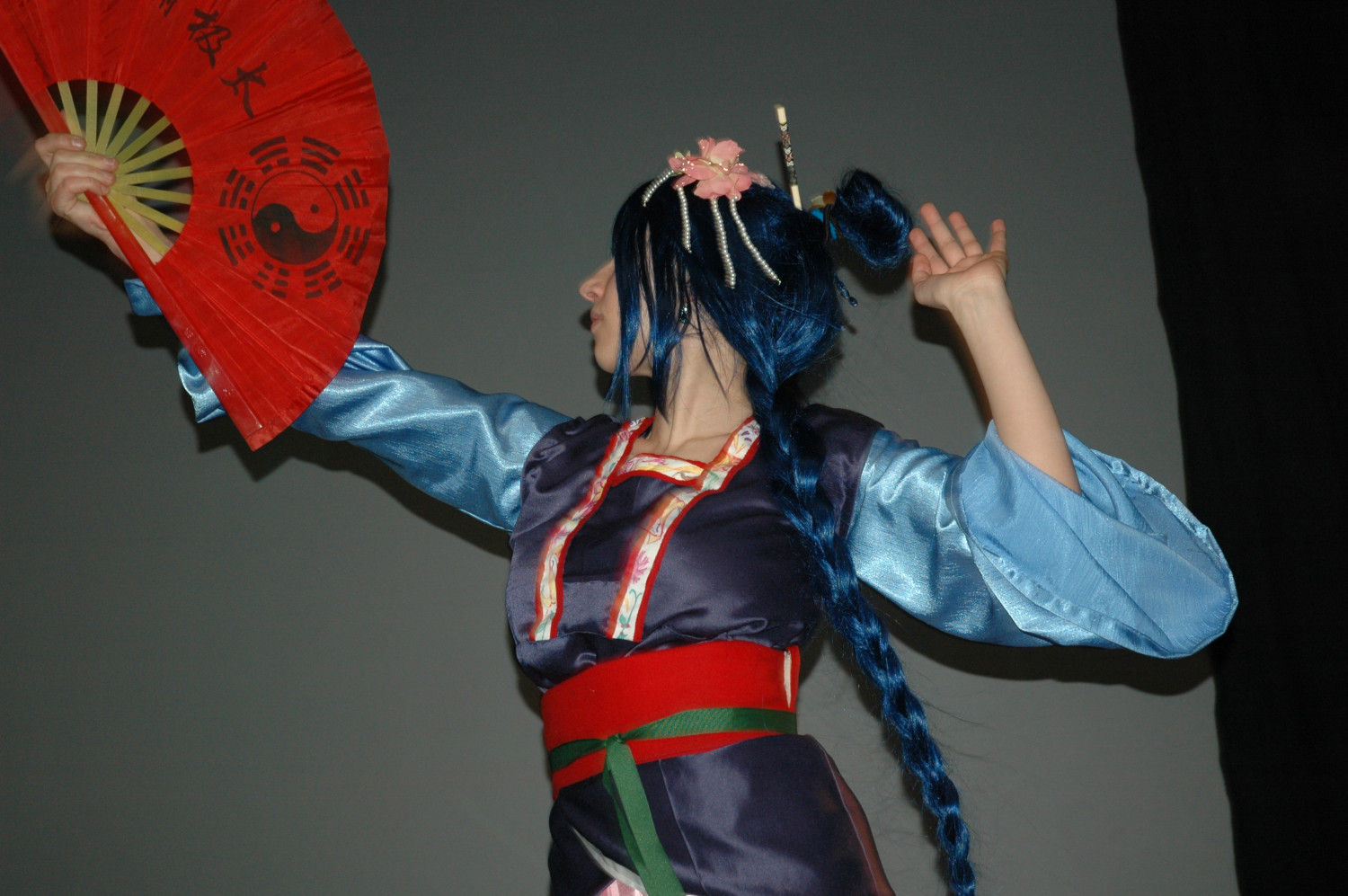 Film collectibles, comic strips & dvds for sale
all day from 10 am – 8 pm • free entrance
After last year’s success, we open our market again for all fantasy, sci fi and manga fans, for every collector and curious passers-by. A wide range of stands with posters, accessories, action figures, dvd’s, comic strips, in short: all what constitutes your fantastic universe.

A selection of 4 series and 2 films
Daily pass 10€ or 5€ per screening / main theatre 1
12:00 : MARS DAYBREAK ( 2004 – 2×26 min. – Dybex )
The living conditions on Mars have been steadily worsening since the times when water was found and humans decided to colonize it. The red planet’s economy is collapsing; unemployment and inflation are reaching all-time highs. Graham and his friends try to survive in this hostile environment until the day when a series of unusual events puts him in a mecha’s pilot seat… Adapted from a Playstation 2 video game and animated by Bones studio (Fullmetal Alchemist), this series takes us in to a future where life on mars has become reality. Mars Daybreak’s exlosive mixture of action and reflection about space conquest is a must for sci-fi lovers and adventure fans.

STARSHIP OPERATORS ( 2005 – 2×30 min. – Dybex )
Travelling through space, the 73rd class of cadets of the Defence University is put to the test aboard the “Amaterasu”. On their way home, they learn that a war has ravaged their planet, which surrendered without a struggle. They decide to launch their own war from the galactic vessel. In order to gain funding, they make a deal with a galactic news network and become the stars of their own reality show and of a new genre: live war! A space opera featuring wilful and provocative nymphets. Directed by Takashi Watanabe ( Boogiepop Phantom ), this series is based on an original script, questioning the future of reality TV and the powers of the media, even during an intergalactic war.

14:00 : ROZEN MAIDEN TRAÜMEND ( 2005 – 2x25min. – Kaze )
After the death of Suigintou, peace has returned to the Sakurada house. Now he has conquered his trauma, Jun spends his days at the library to make up his lost study time. Shinku is suffering from insomny, as she’s still traumatised by the battle against Suigintou. This way, she discovers that the seventh doll has awoken and wants to play the Alice Game by her own rules…

COYOTE RAGTIME SHOW ( 2006 – 2×30 min. – Kaze )
The pirate king is dead and has left his daughter into a invaluable treasure. The planet Graceland, on which he’s buried into, is threatened by destruction. Mister, a famous space pirate, and his team will try to save it, but they must try to avoid to the traps of Miss Marciano, head of a powerful criminal organisation.
16:00 VEXILLE ( inédit ! ) de / van / from Fumihiko Sori
( 2007 – 109 min. – Benelux Film Distributors )

Cosplay ( Costume Play ) is a hype coming from Japan that is getting more and more popular in the West. After the success of the first Cosplay contest last year, we thought that another edition would be highly appreciated. Candidates can disguise themselves into their favourite anime-, manga- or computer game character and set foot on the stage at 3 pm to participate to the contest.
In collaboration with the Belgian Cosplay Team. You can subscribe on the day itself, but everyone who registers before March 27 at www.cosplaybelgique.be receives a free daily anime pass.