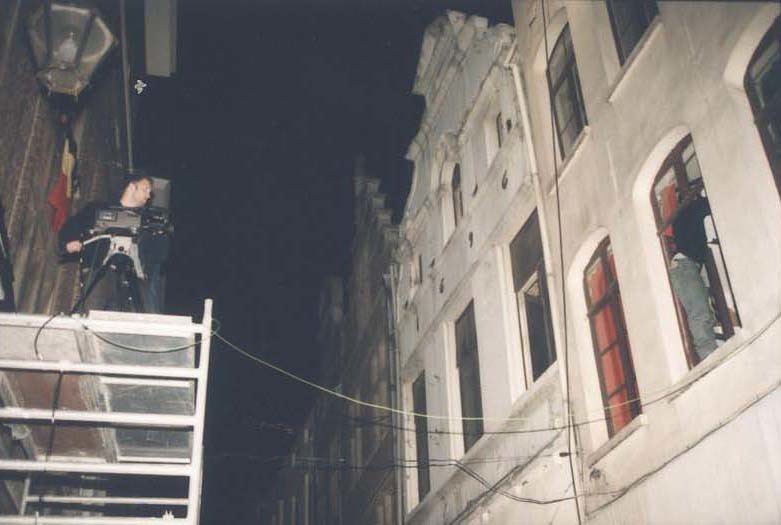 Workshop
“Imaginary Brussels”
Like every year, students from two renowned Brussels film schools will spread out across the streets of the capital. They’re in search of the ultimate shot to visualise the screenplays that originated from their imagination. Once more, the International Festival of Fantasy Films will give students of the Rits and the Narafi about ten days to realise a short film on the subject of “Fantastic Brussels”. After Dick Maas, Freddie Francis, Lewis Gilbert and the duo Stuart Gordon/Dennis Paoli, Dutch director Jos Stelling enthusiastically took up the challenge of assisting the students with the realisation of their projects. He will meet the students twice before the festival, on the 12th and 26th of February, in order to turn their ideas, desires and fantasies into a strong screenplay.
In 1974 Dutch director Jos Stelling (1945°) made his debut with Mariken van Nieumeghen. This adaptation of the well-known Medieval play was selected for Cannes. With his following films, Elckerlyc (1975) and Rembrandt Fecit 1669 (1977), he kept exploring European history. In the eighties, Jos Stelling directed The Pretenders, The Illusionist and The Pointsman, which was awarded with a Special Prize of the Jury at our 1987 Festival. The Flying Dutchman, his version of the famous legend, saw the light in 1995. The next year, he was awarded with the Golden Rose of Montreux and a Golden Gryphon in St. Petersburg for his short film The Waiting Room. Josh Stelling has already gathered 4 Golden Calfs (The Dutch Film Awards) during his career.
New
Thanks to the support of U.I.P., the students will be able to turn the figments of their imagination into images. Together with our future directors, the technicians of Studio l’Equipe will thoroughly prepare the digital effects on set in order to edit them during post-production.
The Workshop : when and where ?
on 12 and 26 February : screenplay days
20 till 29 March : shooting-days and post-production.
Projection of the short films : Thursday 30 March at 5.00 p.m. at the Auditorium of the Passage 44.