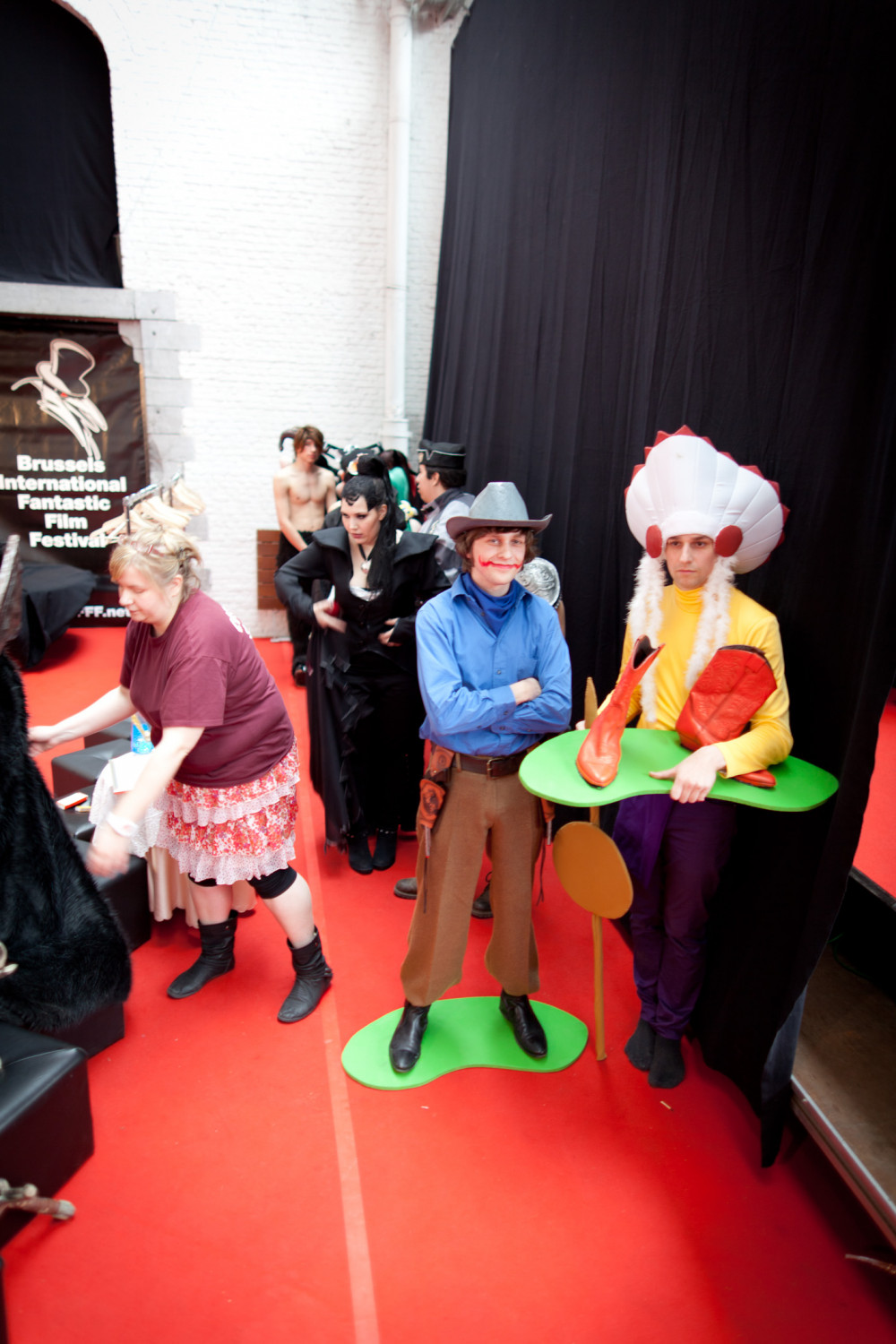 If you’re browsing at the different stands of the BIFFF and your eyes would happen to fall upon an Akira drinking a Troll beer or a Princess Peach adjusting her corset, in other words life size manga and video game characters, then do not panic. You just spotted a cosplayer. This practice, coming from Japan, consists in reproducing, as detailed as possible, the outfit of a fictional character from a video game, manga or anime. But this is not some cheap costume held together by threads and pins. It represents blood, sweat and tears to construct the perfect costume, with striking make-up effects, the right hairstyle and the typical accessories of the character. Really kawaii, or cute as they say in Japanese! Japan is, of course, the cosplay powerhouse with a great number of competitions, conventions and festivals like Japan Expo. But, the first cosplayer was actually an American, and not just anyone. Forest J. Ackerman, author, producer and screenwriter ( the creator of Vampirella ) came dressed as “future man” to the first ever American Science Fiction Convention ( WorldCon ) in… 1939 ! Since then, the cosplay legion has kept on growing, spreading to the old continent and especially France, Italy… and Belgium. This 6th edition of the Cosplay parade at the BIFFF is the ideal occasion to admire the 3D version of the superheroes from your video games. The Cosplay will be competitive for the third time. The laureate will leave for London to participate in the European Cosplay Competition! That’s right, the EC, Euro Cosplay, was launched at the 2010 London MCM Expo. The first selections of this contest gathered participants from 18 countries throughout Europe ! This year, the finale will take place at the 2012 London MCM Expo at the end of October. This means the BIFFF will not only welcome the usual Cosplay Contest, but will also select the third Belgian candidate for this European finale.