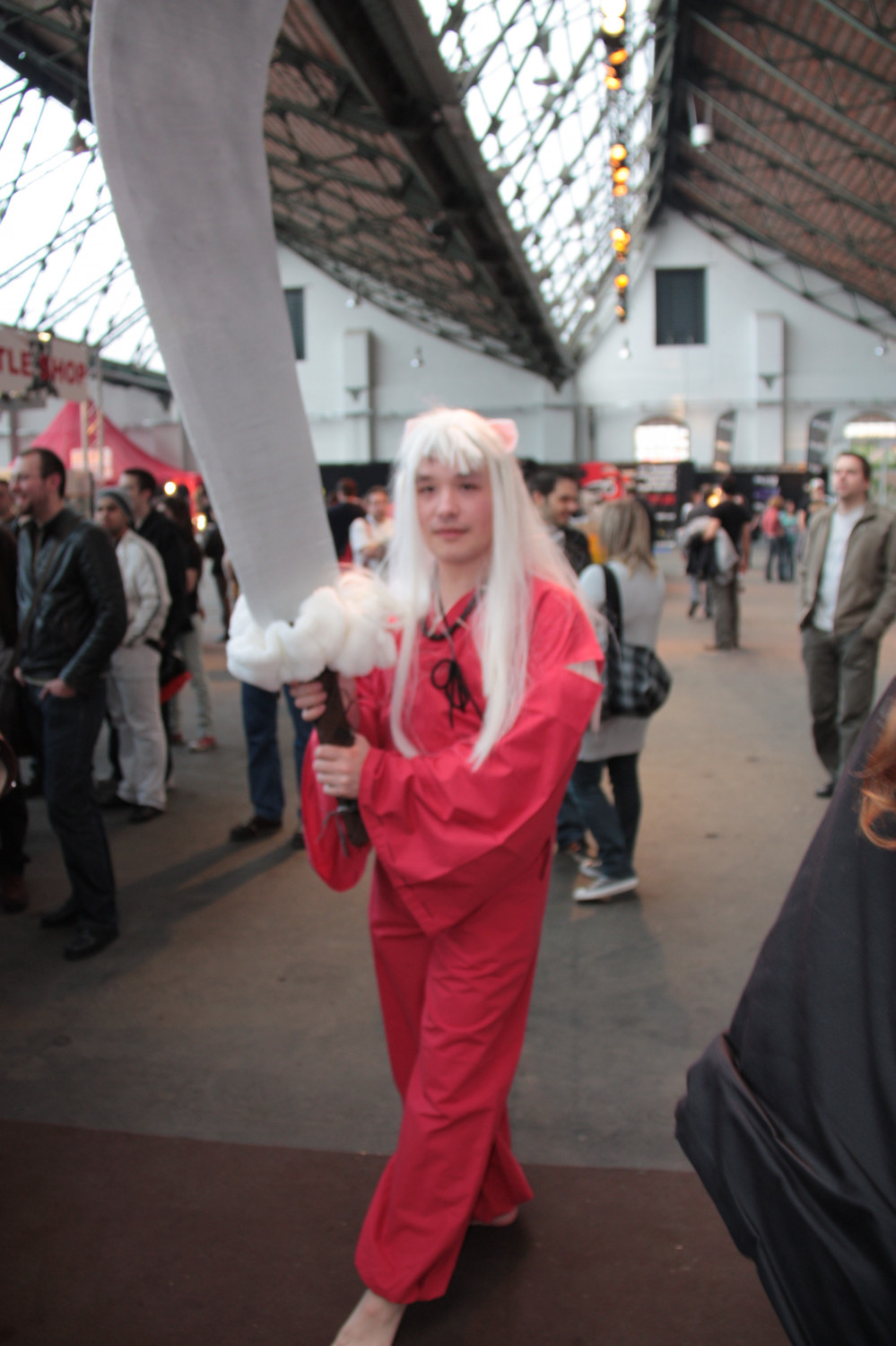 3rd market for fans of fantasy, science-fiction and mangas. You’ll be able to pass a few hours among several stands with books, posters, merchandising, accessories, gadgets, figurines, dvd’s and comics…

For over a century, the Hellsing Organization has been secretly protecting the British Empire from the undead Freaks. When Sir Integra Hellsing succeeded as the head of the organization, she also inherited the ultimate weapon against these undead enemies, a rogue vampire named Arucard.  Armed with an enormous “anti-freak” gun and possessing mysterious and frightening powers, Arucard is forced to shoot Seras Victoria, a policewoman held hostage by a vampire. “Do you want to live?” he asks Seras, whose very answer changes the course of her existence. Now reborn as Arucard’s servant, Seras is torn between her conflicting humanity and her vampire urges…

This new adaptation of the famous manga by Kouta Hirano, produced by studio Satelight (Ajurna), promises astounding animation and a dark atmosphere, which stays more true to the original comic. Ad adventure to put your teeth in !

Thor and his twin brother Rai are cast off to a forsaken planet by unknown masked men after witnessing the suspicious death of their parents. Given only a beam knife and a smelly satchel, they wander together in search of civilization on the primarily plant based world. They soon discover the plants have the advantage. Only the strong survive; the ones who throw away their humanity and become the beasts humans once were…

Dynamic series by studio Bones (FullMetal Alchemist, Escaflowne the Movie, Rahxephon) is sort of a mixture between shonen and seinen. A great fable about the bestial side of humanity that never fails fascinate.

Zed is a 15-year-old boy who lives in a place called Calm. Frustrated by his current situation in life he feels that somewhere out there is a place where he can live more fully. One day, at the invitation of a mysterious wind, Zed dives into a space-time crevasse portal, seeking the answers that might be there. Riding on the wind, he is transported to a war-torn world where magic users called Shard Casters fight endlessly with each other, using spells in the form of marble-like Shards. With the power of the Shards, the Shard Casters are able to use spells and control monsters called Spirits. Fascinated by that power, Zed aims to become a Shard Caster. However, he still doesn’t know that residing in his body is Amil Gaoul, a mighty Spirit with the power to influence the world’s future.

One of the most original anime’s of the year, created by Ichiro Sakaki (Scrapped Princess). A fascinating blend of magic, horror, spirituality and technology, in which a harnessed hero not only has to fight supernatural monsters with an impressive array of steampunk weaponry, but also has to confront his inner demons.

This Japanese-American co-effort also features a strong storyline, intriguing characters and lots of messy action. You won’t believe how many sludge and entrails a destroyed demon leaves behind.

The Japanimation Day will also be animated by the second Cosplay contest (Costume Play), a pass time originating from Japan. Candidates disguise themselves into their favourite manga or videogame character and show off their costumes (mainly made by hand and the fruit of months of devoted labor).

At 3pm, Cosplay Contest, organised by the Belgian Cosplay Team.