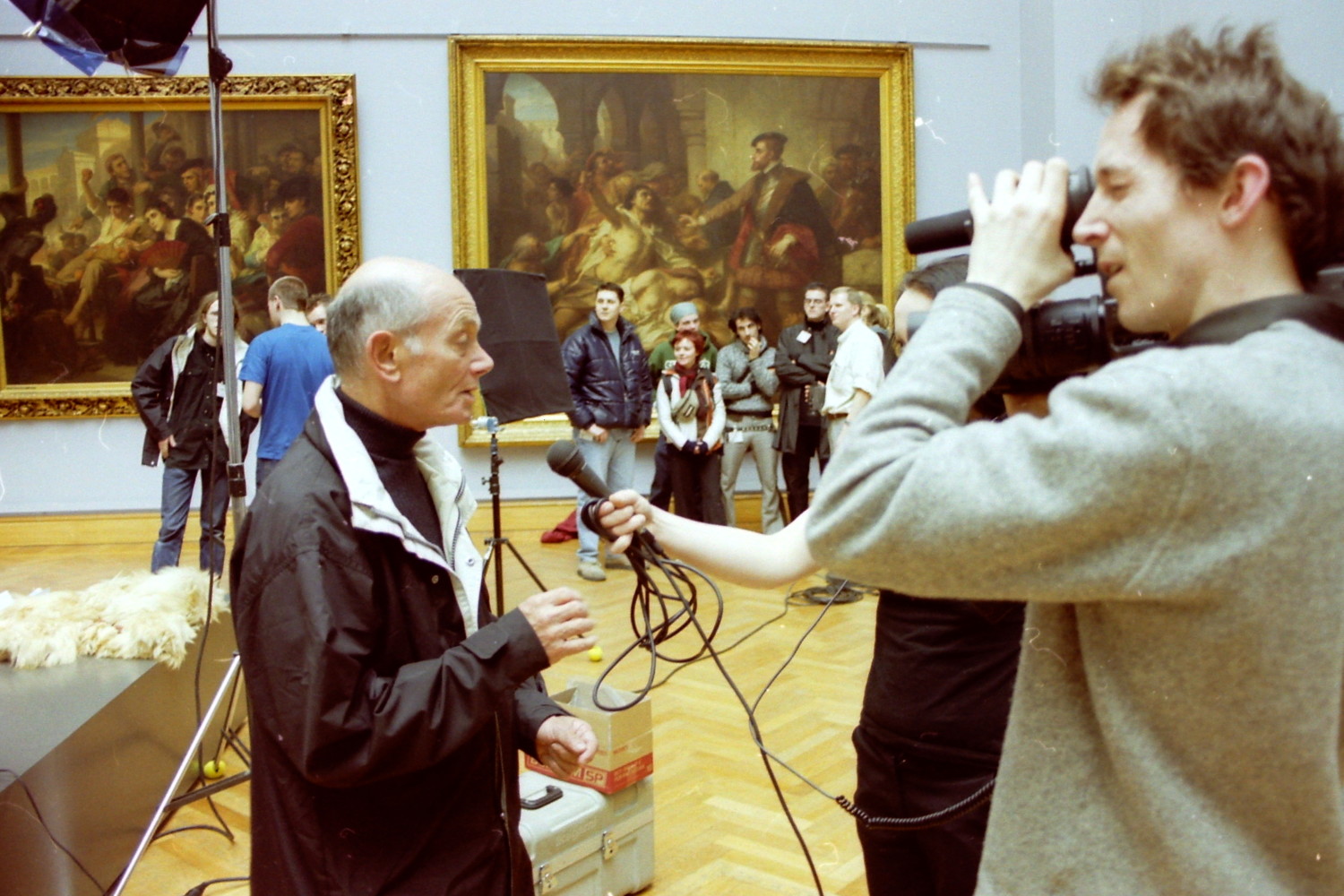 Fantasy Brussels
The annual Workshop, organised by the BIFFF, became a tradition. Each year, the students of the Brussels’ film schools, NARAFI and RITS, have the unique opportunity to realise their own short films assisted by a famous international director. During a 12 days period, the students will have the opportunity to learn the shortcuts of filmmaking. At the end, 3 different teams will show us their point of view on the subject “Fantasy Brussels”.
This year, the students will enjoy the craftsmanship of the American producer and director James B. Harris who will supervise the workshop. Harris is not only known as the producer of The Killing (1956), Paths of Glory (1957) and Lolita (1962), the first films of Stanley Kubrick. He also managed to build up a career for himself as a writer, producer and filmmaker. In 1964, he directed The Bedford Incident, followed by Some Call it Loving (1973) and Fast-Walking (1982), for which he also wrote the screenplays. Harris produced the cold-war thriller Telefon, with Charles Bronson and Donald Pleasence. In 1987 he made Cop, a police-movie based on a book by James Ellroy and in 1993 he wrote and directed Boiling Point, starring Wesley Snipes and Dennis Hopper.
Continuing last years’ edition, U.I.P. offers the students the possibility to realise their special effects under the wings of the technicians of Studio l’Equipe.

To encourage the students even more UIP created a prize for the most motivated and talented student(s). The winner(s) will be able to attend a workshop at the prestigious short course unit of the NFTS in Great Britain.

With the assistance of the Flemish Community Commission of the Brussels Capital Region and U.I.P.
With the collaboration of the film schools RITS & NARAFI, the make-up school of Jean-Pierre Finotto, B & L (Bultery’s & Locaflash), Studio l’Equipe & the Short Course Unit of the NFTS.