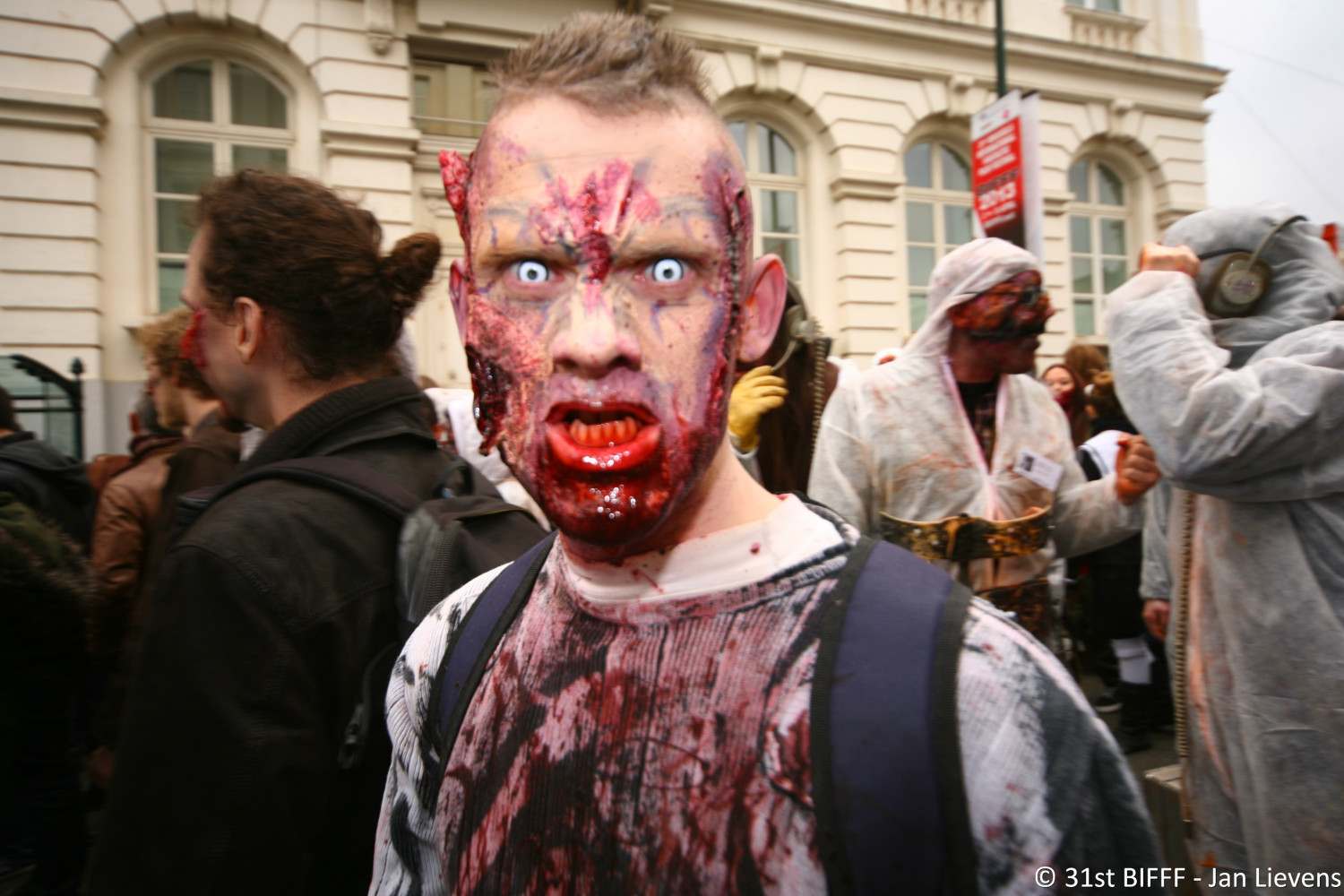 They’re back ! And the worst of all is that our monsters got promoted ! This year, the zombie army has planed its rally at the Brussels’ “Parc Royal” for a PICNICK. It’ll be the ideal time for thousands of decomposing enthusiasts to glue back an eye or patch a tendon with a piece of bacon. Blood and guts will sustain the stark raving hungry ( we’ve provided fresh drinks and sandwiches for zombies with a sensible stomach ). You’ll have to make yourself ugly to take the capital by storm, because this time the ZOMBIFFF PARADE will not be satisfi ed with some dilapidated sidewalks. Entire streets will be dedicated to swarms of the walking dead, who’ll bite large chunks out of surprised locals and horrifi ed tourists ! You’d better note this down in your agendas ! This essential revelry of the rotten will take place on Saturday 6 April 2013 starting at noon, for those who still need to be transformed into one of the undead. At 4 pm, the gates of the park will burst open and unleash the Zombifff Parade upon an unsuspecting city !