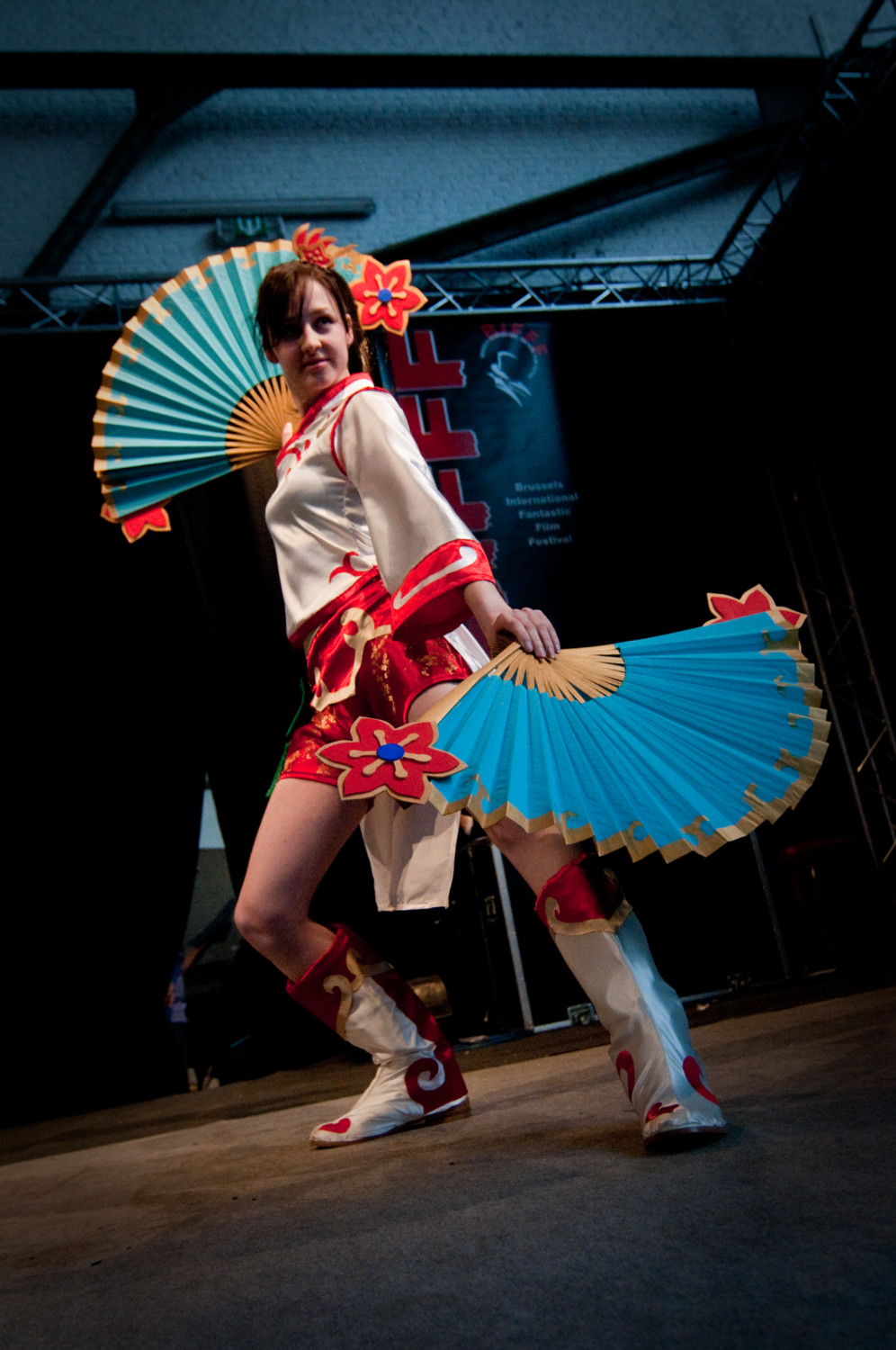 For the 3rd time, there’ll be a market at the BIFFF for lovers of fantasy, sci-fi and manga. Whether, you’re a fan, a collector or just curious, come and browse through a dozen stands with accessories, merchandising, figurines, DVD’s, comic books… in short everything that is part of our favourite universe.

DYBEX S.A., one of the European pioneers and leaders in releasing Japanese animation, in particular for the Benelux and for France, will presents 3 series :

Fullmetal Alchemist: Brotherhood is a new adaptation of Hiromu Arakawa’s manga. Edward and Alphonse Elric are two brothers in search of the legendary stone of wisdom. In their country, where the use of alchemy is regulated by law, they’ve tried to illegally resurrect their dead mother. For punishment, one gets his arm amputated and the other his entire body ! With the help of their magic armour, they try to overcome their handicap and take up the search for the famous stone.

DANCE IN THE VAMPIRE BUND

When Masahiro Sonoda and Naoyuki Konno (Kenshin the Drifter, Gantz, Hakkenden) join forces to realize an anime, the result is : Dance in the Vampire  Bund. Mina Tepes, Princess of the Vampires, decides to end the conflict between humans and vampires by proposing to live together. But there are many among the two species who oppose this peace treaty and Princess Mina soon becomes their target.

This mysterious series is ruled by a sombre atmosphere. It takes place in the colourful neighbourhood of Ikebukuro, one of Tokyo’s biggest districts. Mikada, a young student, is convinced by a childhood friend to come live in Ikebukuro. But he soon discovers that the neighbourhood is riddled with traps such as thieves, bandits, street gangs and quite a few urban legends.

The Black Butler is based on Toboso Yana’s manga by the same name. The story follows Ciel Phantomhive, a 12-year old English aristocrat from the 19th century. Ciel has lost his parents in a mysterious fire and has become heir to a toy factory. He lives in an old castle with his eccentric servants, among whom his loyal butler Sebastian, who has made a pact with the Devil.

Inspired by American movie conventions where fans put on pyjama’s (Star Trek), cover themselves in fur (Chewbacca) or put donuts in their hair (Princess Leia), the Japanse Cosplayers decided to honour their manga and videogame heroes in similar fashion. What has become an institution in the land of the rising sun, has now also infected Europe. For a few years now, Cosplay (costume play) practitioners have been multiplying like crazy. After only two previous editions, this colourful parade of self-styled freaks, wonderful creatures and life-size hero representations has already become an essential Bifff tradition.

The contest will take place on Sunday 18 April 2010 at 3pm. Participation is free !