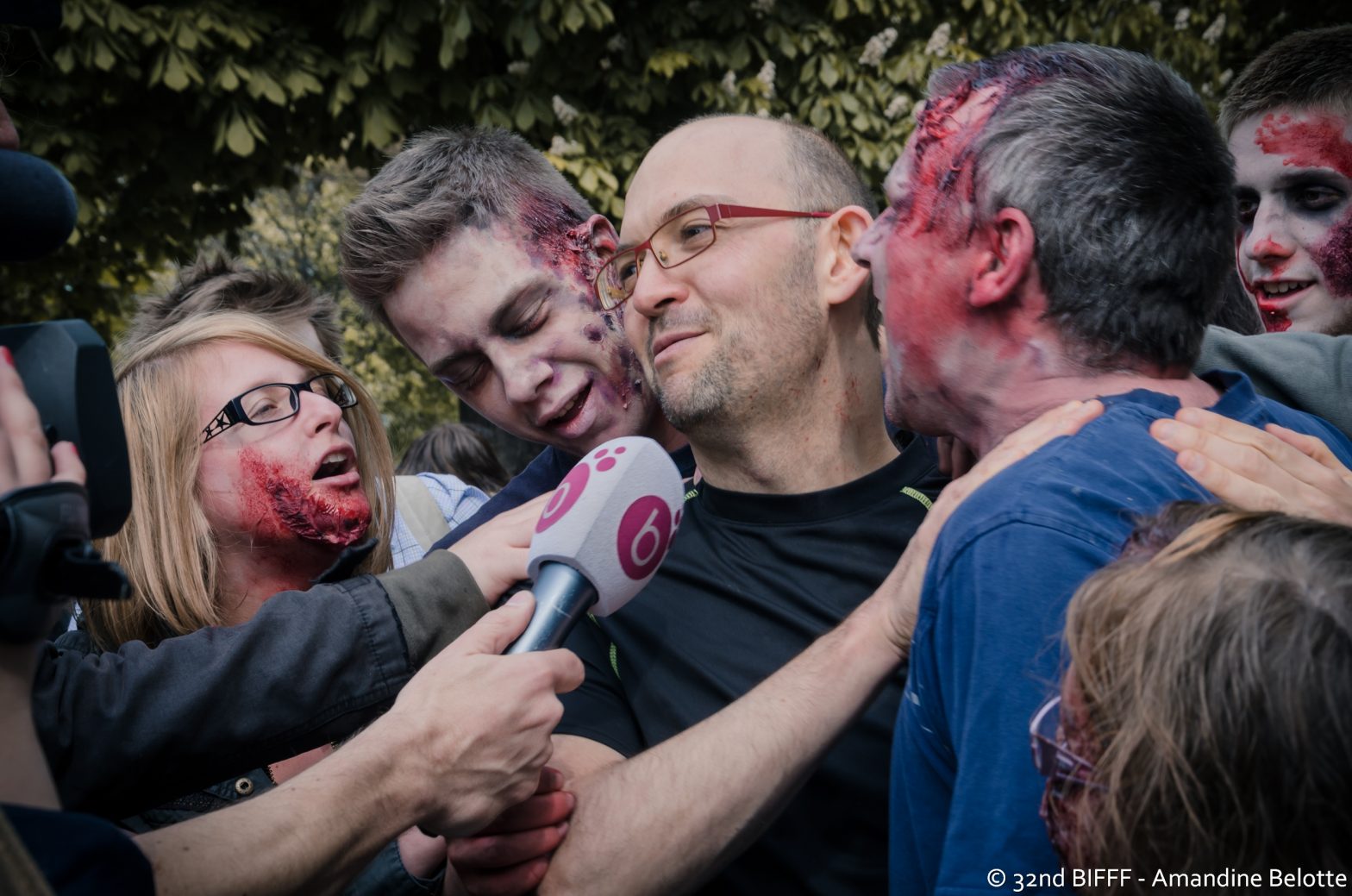 Our favorite army of the dead is back ! The good news : the zombie legion didn’t loose too many limbs in this sissy winter we’ve had and are ready to strut their stuff during this new parade. For those who want to participate; there’s no traffic tax to pay ( not at 200 meters per hour anyway ) and everybody’s welcome. Meet us at the Brussels’ Parc Royal on Saturday, 12 April 2014 at noon sharp to get made-up by the Make Up Forever team and join the assault on the European capital. But don’t forget to pay your respects to our very own Drakulen Pis ! Cheap Satanism Records is teaming up again with Café Central to invite zombies from all walks of life to rhythmically loose their limbs free of charge at the fourth ZomBI FFF Night . On the program: a showcase from the Brussels duo In Heaven for the release of their first album. We can reassure all the living dead ; the band has nothing to do with Heaven, except for its name ! They will plunge you in a twilight-like atmosphere where Nick Cave flirts with Beth Gibbons on an Angelo Badalamenti soundtrack. Next : the Frenchies from Cercueil, Hypo &EDH and La Trayeuse Electrique, who’ll behead all remaining zombies with their badass LP’s ! The show starts at the Café Central from 9pm and, most of all, it’s free ! Every Sunday evening in April, Café Central will extend the ZomBI FFF Night with zombie flick screenings on the program of their film club. This year’s theme will evoke one of the darkest periods in our history : when zombies had nothing better to do than lick Nazi jackboots ! If you’re up for an unusual history class, you’re welcome at Café Central every Sunday at 8pm and, once again, it’s free !