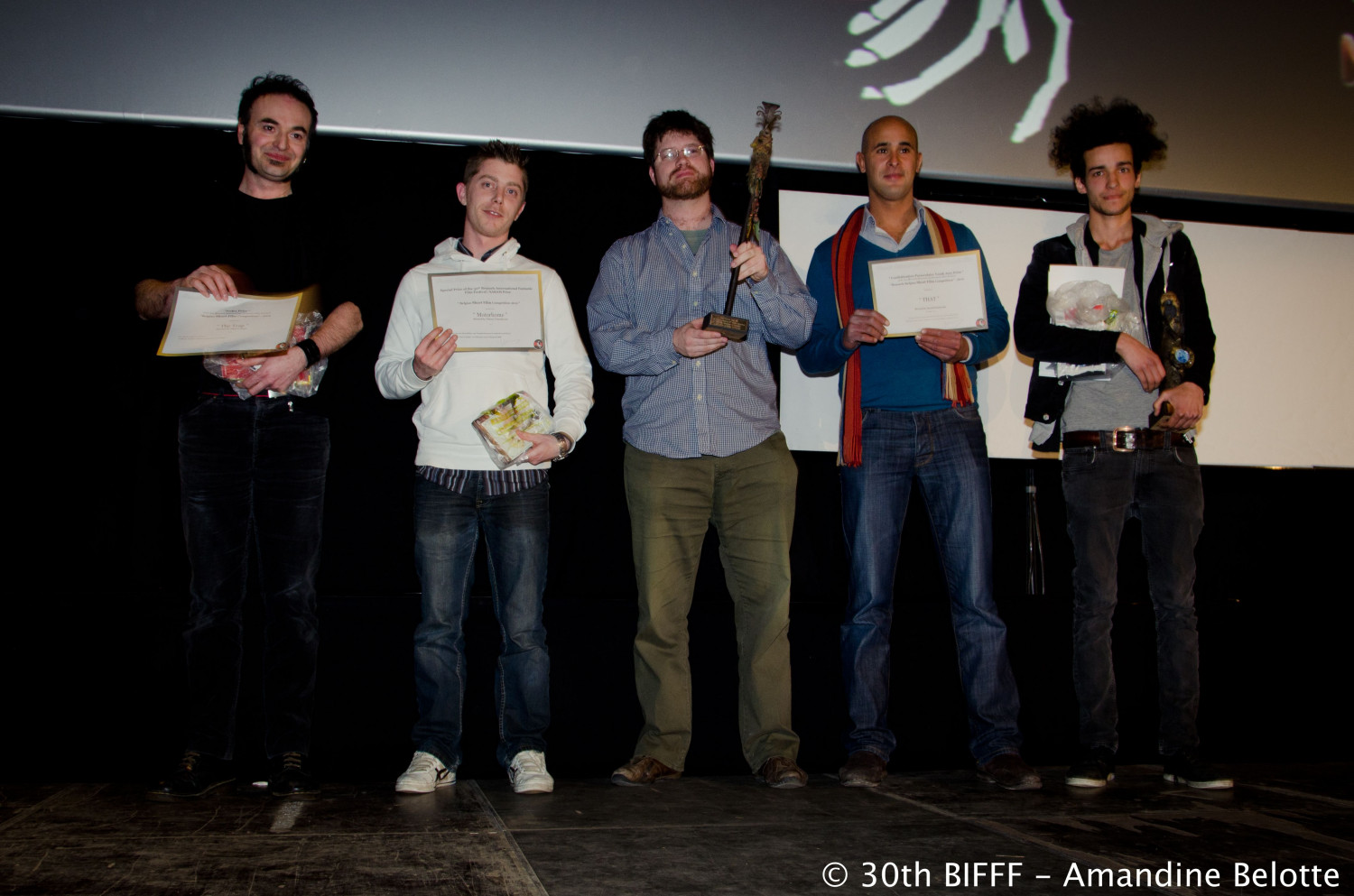 More than ever, the Brussels International Fantastic Film Festival ( the BIFFF ) is a staunch supporter of short features. The BIFFF defends the work of young filmmakers and established directors who consider shorts features to be their favorite means of expression. Every year, our event offers a representative panorama of what this little country produces in fantastic ( term to be taken in its widest sense ) short features. The Prizes will be awarded by three Juries. First, a jury of Festival aficionados will attribute the Grand Award of the Festival ( Michel Devillers Award ) to one of the 14 selected films this year. They’ll also attribute a Sabam Award and a Fedex Award. Another jury, composed of film professionals, will attribute the Silver Méliès to a short film that will later in the year compete for the The Golden Méliès: the Award for Best European Fantastic Short Feature of the Year. Finally, a Youth Jury ( composed of the winners of a scriptwriting competition organized by the “Conféderation Parascolaire” ) will also attribute an award.