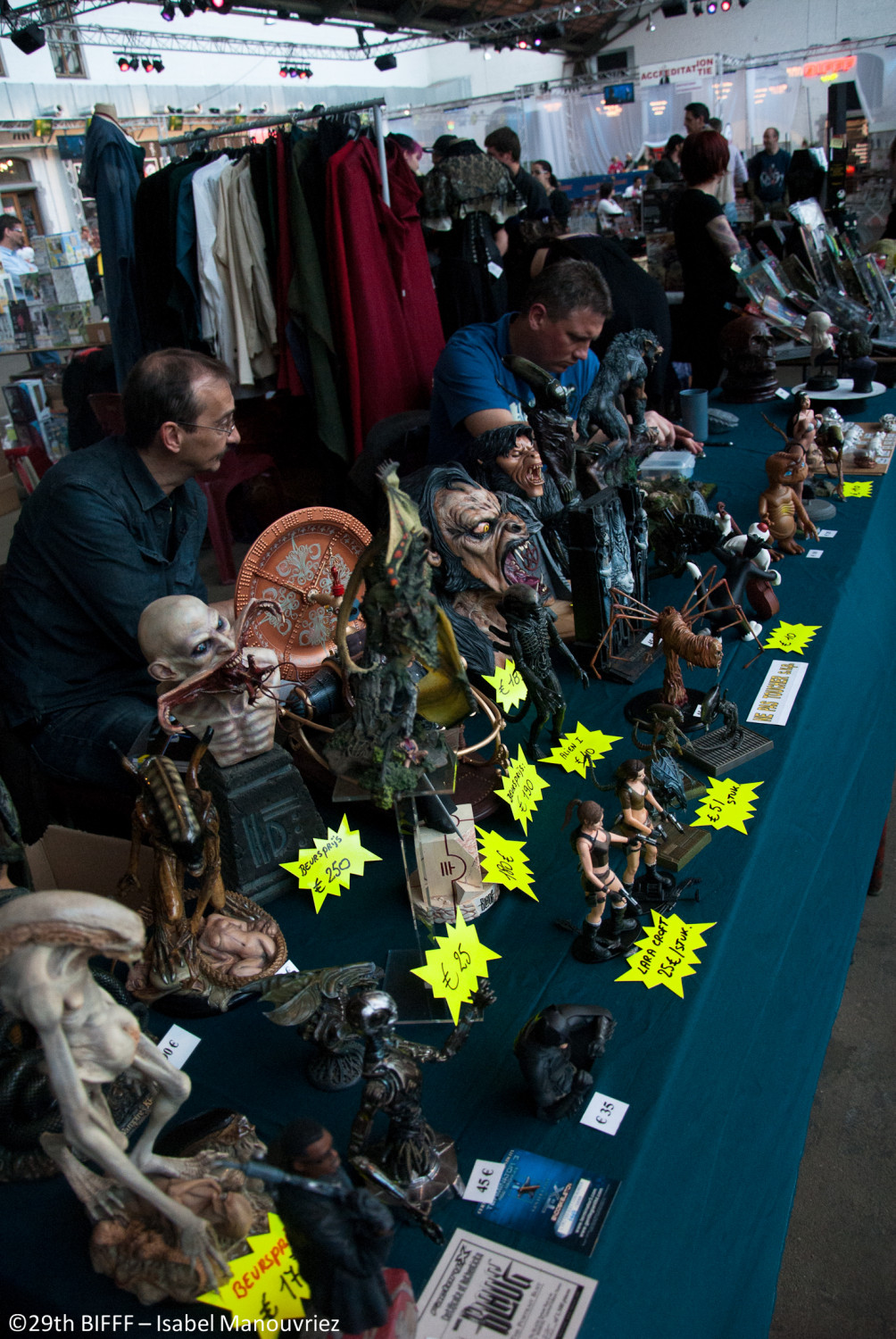 For the 8th time, there’ll be a market at the BIFFF for lovers of fantasy, scifi
and manga. Whether you’re a fan,
a collector or just curious, come and
browse through a dozen stands with
accessories, merchandising, figurines,
DVD’s, comic books… in short
everything that is part of our favourite
universe.
Black Butler ( S. 2 )
The second
season, adapted from Yana Toboso’s manga, focuses
on Alois Trancy, a young aristocrat living in England during
the nineteenth century. He’s pretentious and sometimes
sadistic with his servants, among whom Claude. He’s a very
special employee, since he’s a demon…
DYBEX S.A., One of the pioneers and European leaders
in distributing Japanese anime, mainly in French speaking
Europe and the Benelux, presents 3 series :
Time of Eve
Rin/Mnemosyne
Highschool of the dead
a bloody adaptation of Daisuke Sato’s manga, centers on Takashi’s unusual school
day. He’ll have to struggle with something else than a quick
nap during his courses. You see, his schoolmates have turned
into flesh eaters. He will have to team up with other
survivors with one common purpose: staying alive.

Ghost Hound
Directed by Ryutaru
Nakamura (Serial Experiments Lain), takes us to the
little town of Suiten, where strange things are happening.
Tarô, Masayuki and Makoto, three traumatised schoolmates,
will enter a parallel world and try to solve the mystery
surrounding Suiten’s strange phenomena.
NO LONGER HUMAN
This series of 4 episodes, adaptated from Osamu Dazai’s
classic, benefits from the talents of character designer
Takashi Obata ( Death Note ) and director Morio Asaka
( Gunslinger Girl, Chobits ). Enter Yozo’s tortured world, a
child of a rich and wealthy family, who lives his life day by
day, slowly descending into decadence and debauchery.
Claymore
adapted from Yana Toboso’s manga, tells us the
story of the struggle of the Claymores, half demon and half
human warriors, against bloodthirsty beasts…