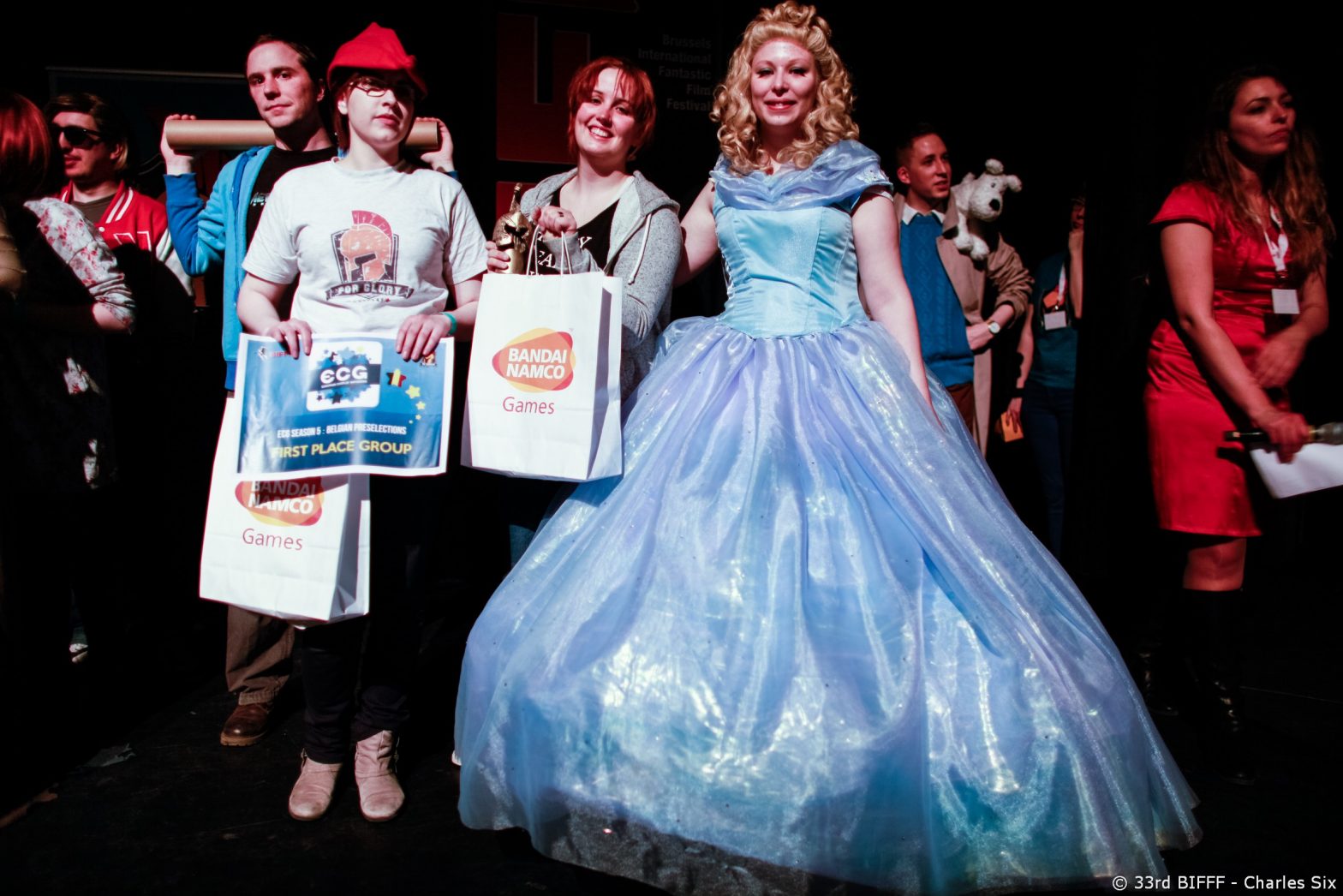 Bifff and Be Cosplay are thrilled to invite you to the 9th annual edition of the BIFFF cosplay contest.
Once again, fans of all ages pull out all stops to bring to life their favorite characters. In cosplay, people from all walks of life get in touch with their crafty sides and recreate the costumes of their favorite characters. For competitions, in addition to their hand crafted costumes, the cosplayers take to the stage to showcase their work and pay tribute to their fandoms with short performances. While the costumes are expected to be as accurate as possible, the performance gives them more creative freedom and can range from dramatic reenactments to humoristic dances.

Last year our talented judges picked Cyanide to join Cyclone X in representing Belgium at the EC finals in London 2014.
This year, we have a special treat for our regular visitors: in addition to the 5th Belgian EuroCosplay, we are also bringing you the selections for Season 5 of the European Cosplay Gathering.

As you may know, the EuroCosplay selections gives 44 European cosplayers representing different countries to compete against each other in a battle of craftsmanship at the finals held at the end of October during the MCM London ComicCon.

For the European Cosplay Gathering, one solo representative and one group from 11 different countries take part in the finals that organized in each July during Japan Expo in Paris. Boasting the best cosplay stage in Europe, the competition gives contestants the opportunity to present fantastic performances in a crowd of over ten of thousands of people.
At both events, the participants receive free trips to the respective finals and the marvelous opportunity to become part of the warm and welcoming European Cosplay Community.