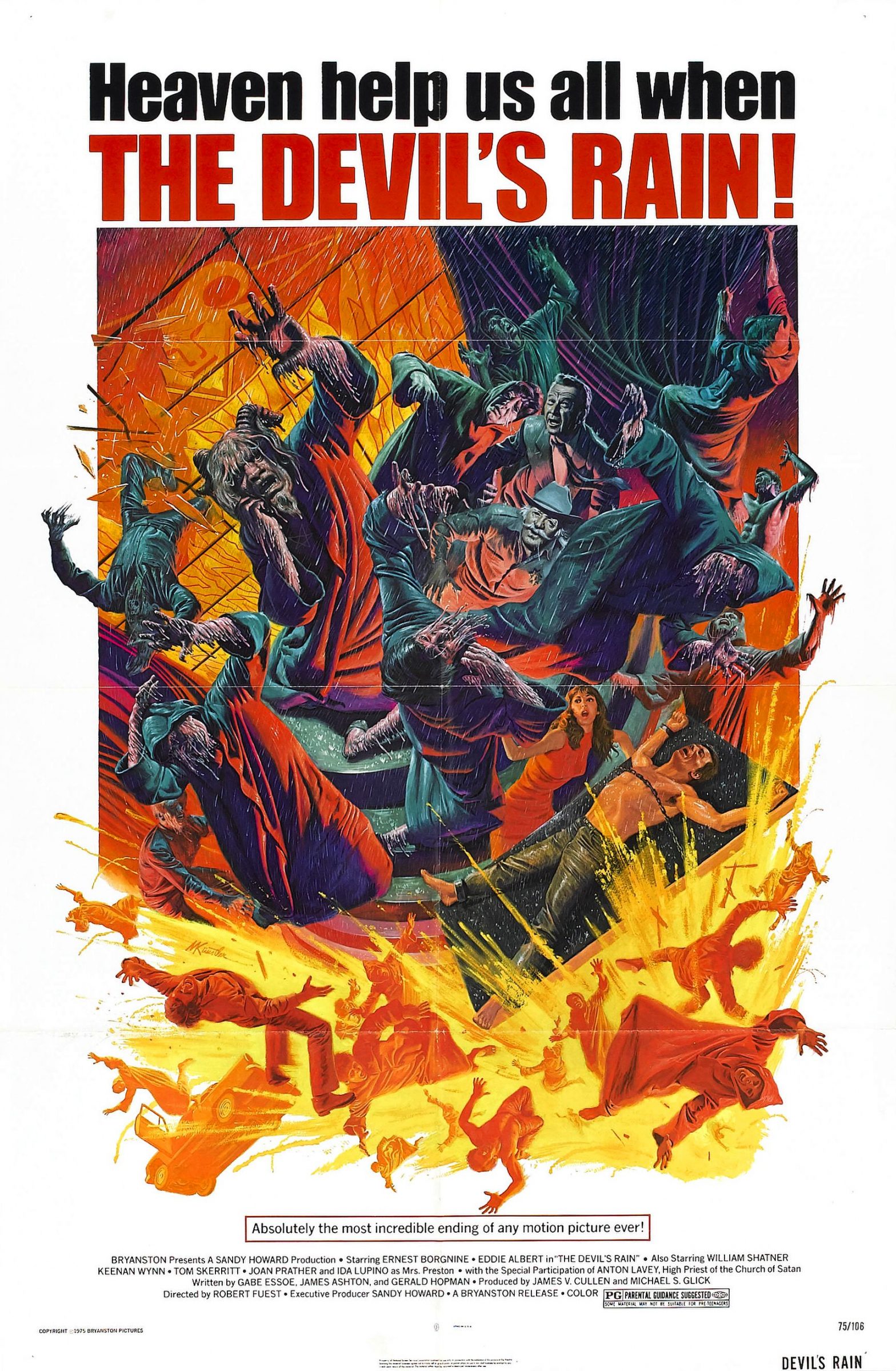 BEGOTTEN
The acclaimed and controversial debut by the director of Shadow of The Vampire is a visual poem, filmed in a grainy chiaroscuro black and white. God disembowels himself with a straight razor. Mother Earth gives birth to a quivering messiah thing. Then the local villager’s creatures ravage and bury it. It is as if a druidical cult had re-enacted three Bible stories for real: Creation, the Nativity, and Jesus’ torture and death on Golgotha. The result is a metaphysical splatter film, a cryptic movie of eccentric brilliance, permeated with the sensations of a particularly vivid and perverse dream.

ARISE! THE SUGBENIUS MOVIE
Rev. Ivan Stang, USA, 1991-2005, vo/ov, dvd, 87’ A brain-crushing collage of music and images presented in the form of a religious recruitment video. The topics covered are basic psychology, the origin of the human race, spiritualism, religious dogma, UFO’s, the end of the world, and the group’s figurehead, J.R. “Bob” Dobbs.

THE DEVIL’S RAIN
Robert Fuest, Mexico/USA, 1975, vo/ov, 35mm, 85’
Take the brilliant director of The Abominable Dr. Phibes and a freak show cast of has-beens and also-rans (William Shatner, Ernest Borgnine, Ida Lupino, Tom Skerritt, John Travolta, Eddie Albert) and what do you get? A very weird movie! A bunch of Satanists in the American rural landscape have terrible powers which enable them to melt their victims. Real life High Priest of Satan Anton LaVey plays the high priest, and is even credited as “technical advisor” to the film.

GOD TOLD ME TO
Larry Cohen, USA, 1976, vo/ov, 16mm, 87’
A rooftop sniper guns down 14 pedestrians on the streets of New York. A mild-mannered dad takes a shotgun and blows away his wife and children. A cop goes on a sudden shooting spree at the St. Patrick’s Day Parade. And each of these unlikely killers makes the same dying confession: “God told me to.” Now a repressed Catholic NYPD detective must uncover a netherworld of deranged faith, alien insemination and his own unholy connection to a homicidal messiah with a perverse plan for the soul of mankind.