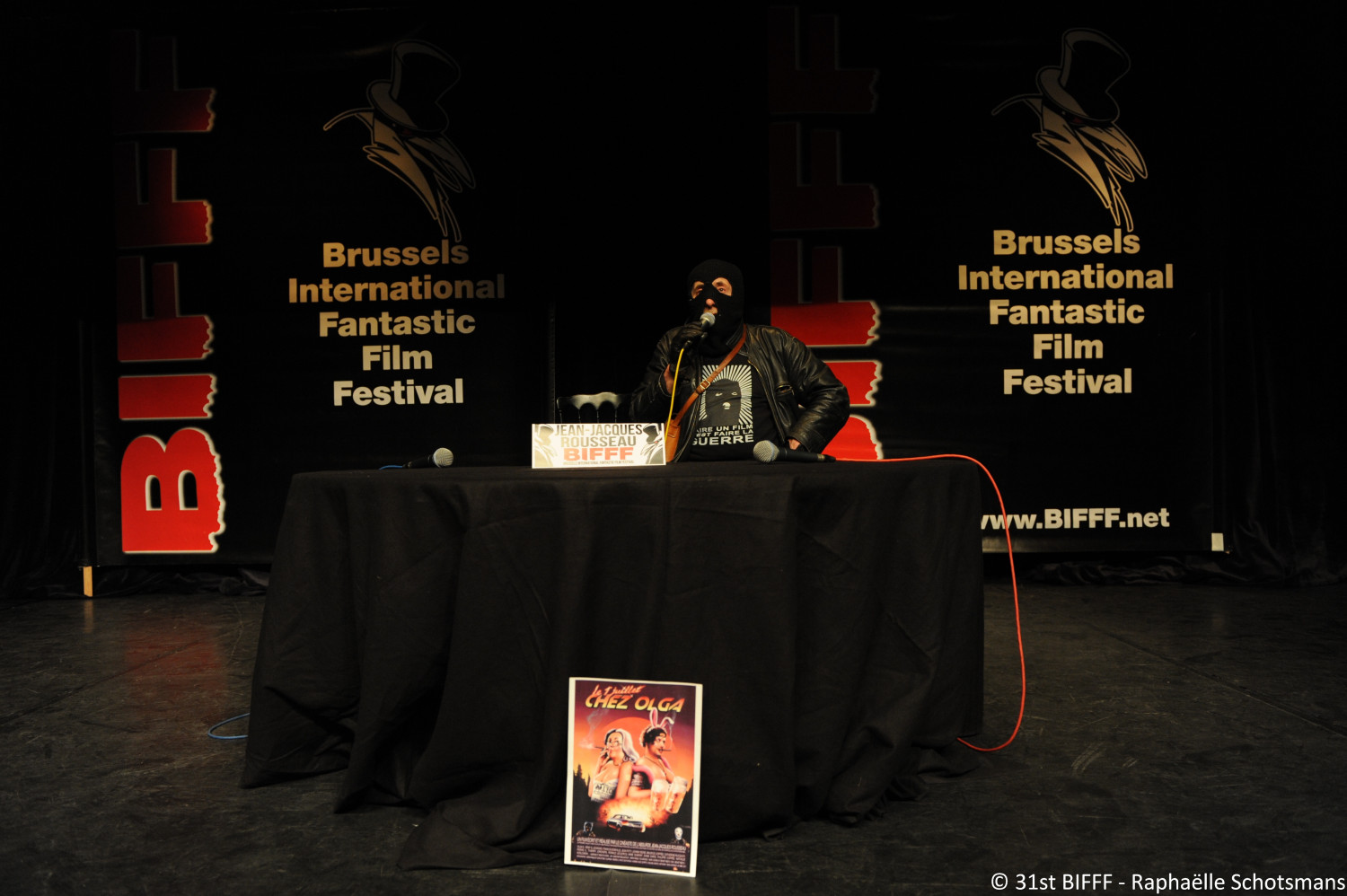 It’s almost fifty years now that the enfant terrible of Wallonia’s industrial wasteland is waging his cinematic guerilla ! With more than forty movies on the shelves, among which Furor Teutonicus, La Revanche du Sacristain Cannibale and Karminsky Grad (BIFFF 2010), this self-taught filmmaker clearly has no intention to be classified as the Belgian Ed Wood.  JJR, the director of the absurd with his inseparable balaclava, has allies such as Jan Kounen, Bouli Lanners and Benoît Poelvoorde. According to rumors in the Unesco corridors, he might even become living cultural heritage ! Exclusively for the BIFFF, JJR will remove his balaclava and will try to satisfy your burning curiosity. What are the roots of this eternal anarchist ? Can he really shoot a remake of Ben Hur with only 100.000€ ? On how many degrees does he wash his balaclava ? In short, everything you always wanted to know about Jean-Jacques Rousseau, but were afraid to ask. With, as a bonus, his two latest audiovisual manifestos : L’Amputeur Wallon and Le Premier Juillet chez Olga!