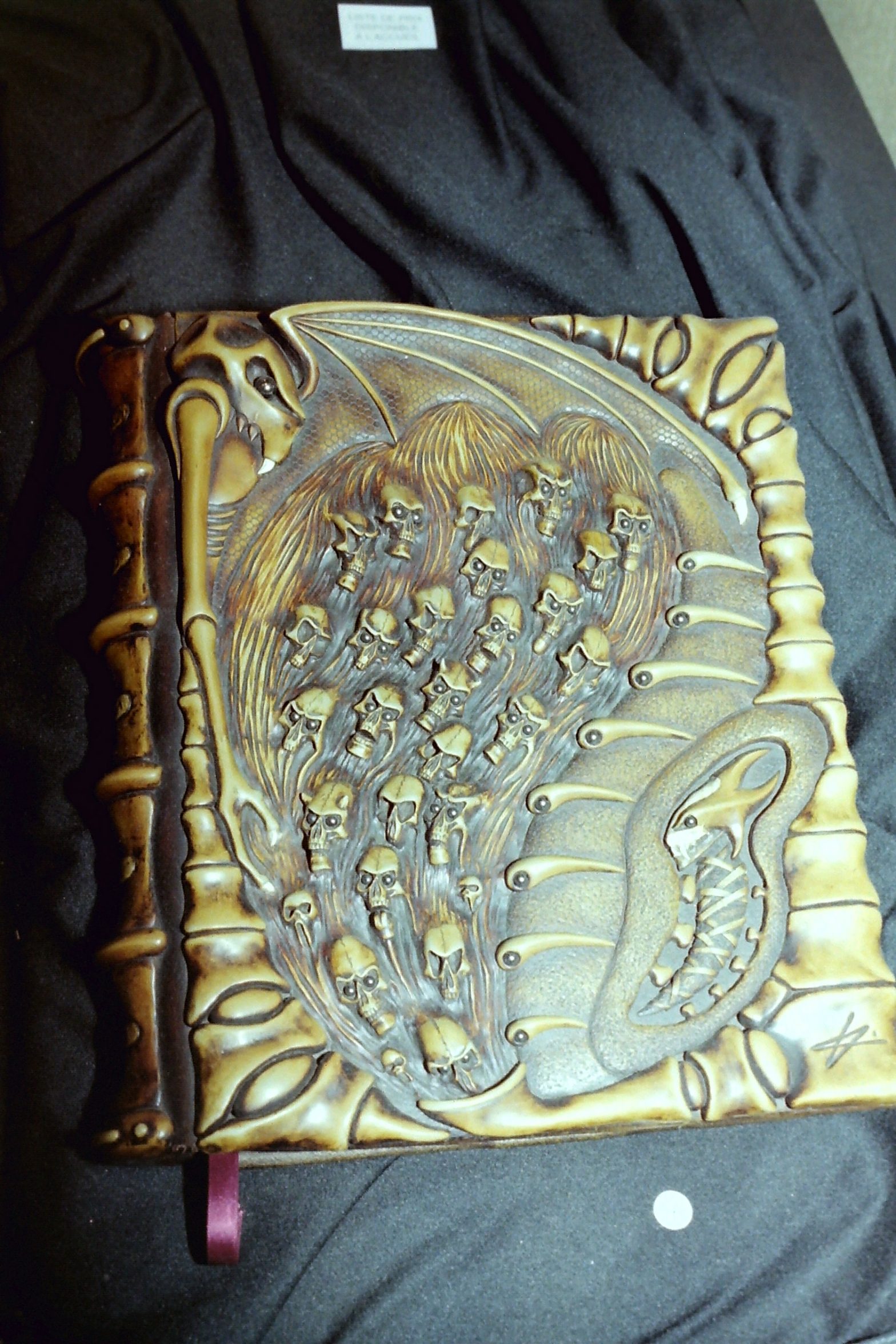 Sculptors Vilma and Jean-Marc Laroche are gifted alchemists. In Brazil they get the resin to sculpt objects from long forgotten legends. Ornamented with metal, bones, and threatening hooks, they take you by surprise. The dark beauty of their sculptures seduces you. Eye or tooth, a freightening look or a cruel laugh. Vilma and Laroche are inspired by artists as Druillet and Giger. Mixed with Vilma’s Afro-Brazilian culture and a passion for primitive art, they give birth to unique objects. An insectlike clock, a vampirelike lamp, flying knives and strange encaged mummies. Vilma and Laroche guide us through an imaginary world and confront us with our fear and phobias. They give the dark and macabre a new dimension. To become masters in the transmutation of metals they made some sculptures in bronze and silver. Their imagination has no limits in time or space. (Christianne Montel)

The Koran relates about two kinds of creatures : human beings and djinns. I think that Jacques Dubois also believes in them. He creates fabulous creatures and human beings, often mutilated or descendants of the gods represented as animals. His “monsters” are not frightening, they intrigue. They are related to the king cobolts and other “Heinzelmännchen” of the extensive Eifel-Ardens-forest. When they walk at their feet, too small to support their body, they seem obsessed by the longing to approach the human beings to express their affection. Together, we enter the world of the cartoon and sci-fi films. Dressed in long garments, gowns or djellabahs, a crowd of priests and grandmasters stride to a strangely decorated temple. The creatures have small, clawlike hands, more eager to grab money than to caress. They move in that formal, starchy and arrogant way of superiors (or those who think they are). The colors of their cloths are white, red and black : symbolic colors. Those “invisible rulers” (cf. Serge Hutin), have weird bird-heads confirming what their hands already told us. Jacques Dubois, creator of this insane universe, uniting the world of the animals with that of humans, is a calm man, moving without sorrow in this tumulteous world. His strange beings reveal a notion of the «holy». At the end of this comical century, when we are to discover other inhabited worlds, it is not impossible that an artist anticipates unexplicable things. The pantheon of the artist rejoins the one dominating the world thirty centuries ago, when the first principle was the harmony between the world above and the one we live in. Anita Nardon – Part 4 : “50 Artistes de Belgique”