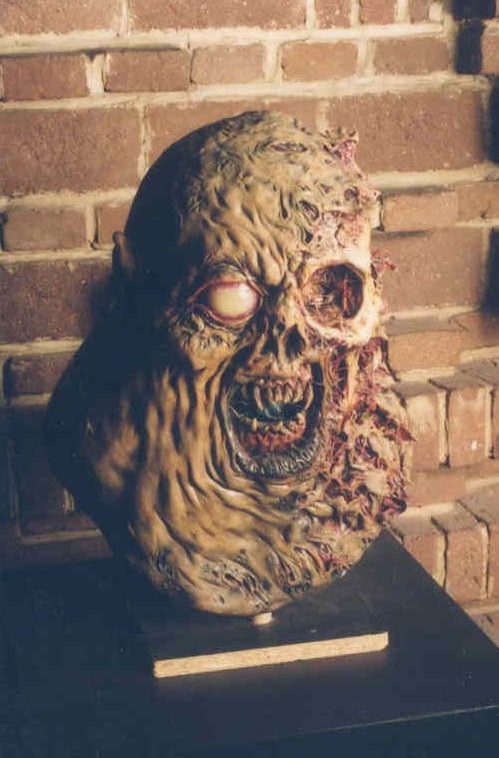 Painter, playwright and journalist, Linda Stevens’ journey reflects the destiny of an artist who devoted the greatest part of her career to the gestation of creative art. During her different exhibitions through Europe, the visitors circulate amongst deep and richly coloured fragments of walls, as if time had given them a patina. On them, scratched inscriptions in a dead language can be read. Springing out of this tangible skin of the passage of time, grand solemn faces devoid of mouths project unforgettable gazes of unparalleled expression. The artist unfolds these returned gazes as to mirror our submerged worlds. At the extreme opposite of formal games and concepts, this singular work is the extension of a rigorous and intense inner search. Recent works bear witness to the decisive steps the artist has made towards the more abstract. But it does not matter to which school of painting Linda Stevens may belong, her work moves back and forth between the visible and the invisible, giving life to the ancient tradition of Man’s dialogue with his surroundings.

Jérôme Kaczmarski wants to free the human skull from the symbolism it is often identified with, being the morbid and its gothic associations. He wants to approach the skull in a more thoughtful way. Jérôme Kaczmarski realises this through a series of paintings that emphasise the bony structure of this essential part of our body. He wants to reflect on mankind and on its condition. With this new symbolism of the skull, he portrays us as individuals dealing with hundreds of other individuals who are equal to us on all points. The skull also becomes a code in which everyone can find himself; a collective identification symbol. From this the foundation of our confrontation with time consequently appears. Numerous generations have, each at their turn, given birth to new generations. They have all left their traces and their heritage through the unavoidable fusing of the present with the future. The soothing colours of the paintings, ochre, brown and red, lead to another reflection on time and on humanity.
Contact :

Even as a toddler, Fantasy and Science-Fiction fascinated Paul Lançon.
This interest stuck up its head during his childhood thanks to television series like “Space 1999” and “Thunderbirds” by Gerry and Sylvia Anderson; or “The Outer Limits” by Joseph Stefano. At the age of 9 an event traumatised him for life : he saw “Star Wars”. At the same time, his taste for drawing awakened. Paul started to cover his schoolbooks with space ships, strange landscapes… and monsters.
The situation worsened during his adolescence with the discovery of films like “Dark Crystal” by Jim Henson, “Creepshow” by George Romero and “The Thing” by John Carpenter.
He also discovered the comic strips of Richard Corben, feverishly devoured the great writers of the genre and read magazines like “Mad Movies” (F), “Fangoria” (U.S.A.) and “Cinemagic” (U.S.A.).
The situation became critical. Paul searched for something concrete to express his passion for fantasy. Then, virtually self-taught, he launched himself into special make up effects. It’s a revelation ! And, to his great joy, he could now combine drawing, sculpture, painting, …
In 1986, he entered the School of Decorative Arts in Geneva. During three years, he deepened his knowledge of his chosen trade.
In 1992 Paul opened a studio, where he now works on French or Swiss productions and regularly exposes his gallery of monsters.
The exhibition presented at the festival is composed of 25 aliens, vampires, zombies, trolls, bug-eyed-monsters…; as well as numerous drawings and illustrations. It is completed by a space where the fabrication of these extraordinary creatures is revealed.