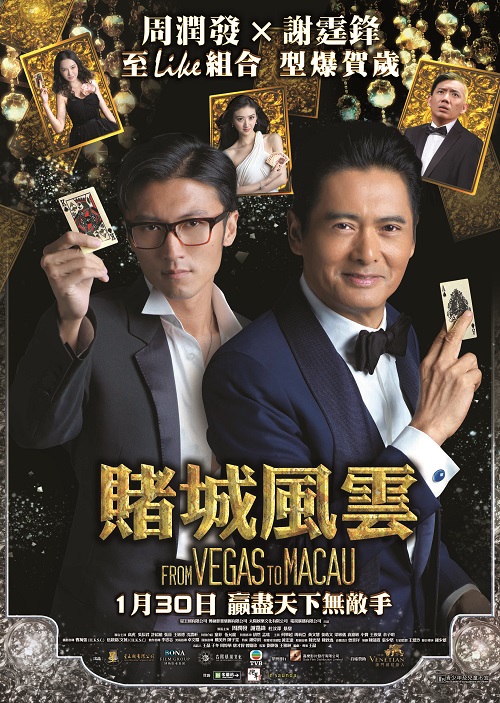 What if Ocean Eleven would have been made in Hong Kong? What if it wasn’t George and Brad who made our heads spin with their ingenious schemes, but heavyweights like Chow Yun-Fat and Andy Lau? The From Vegas to Macau trilogy is a spin-off from God of Gamblers, a series of films from the nineties wherein Chow Yun-Fat and Andy Lau also played leading parts. Moreover, both franchises were directed by the same man: Jing Wong. In From Vegas To Macau we follow the adventures of Ken (Chow Yun-Fat) who, together with his son “Cool” and his nephew Ngau-Ngau, take on a less than scrupulous gaming syndicate. The trilogy gathered more than 450 million $ at the international box office and is hugely popular in China. The first part also gathered three nominations for the Huading Awards, the sweet and sour version of the Oscars!