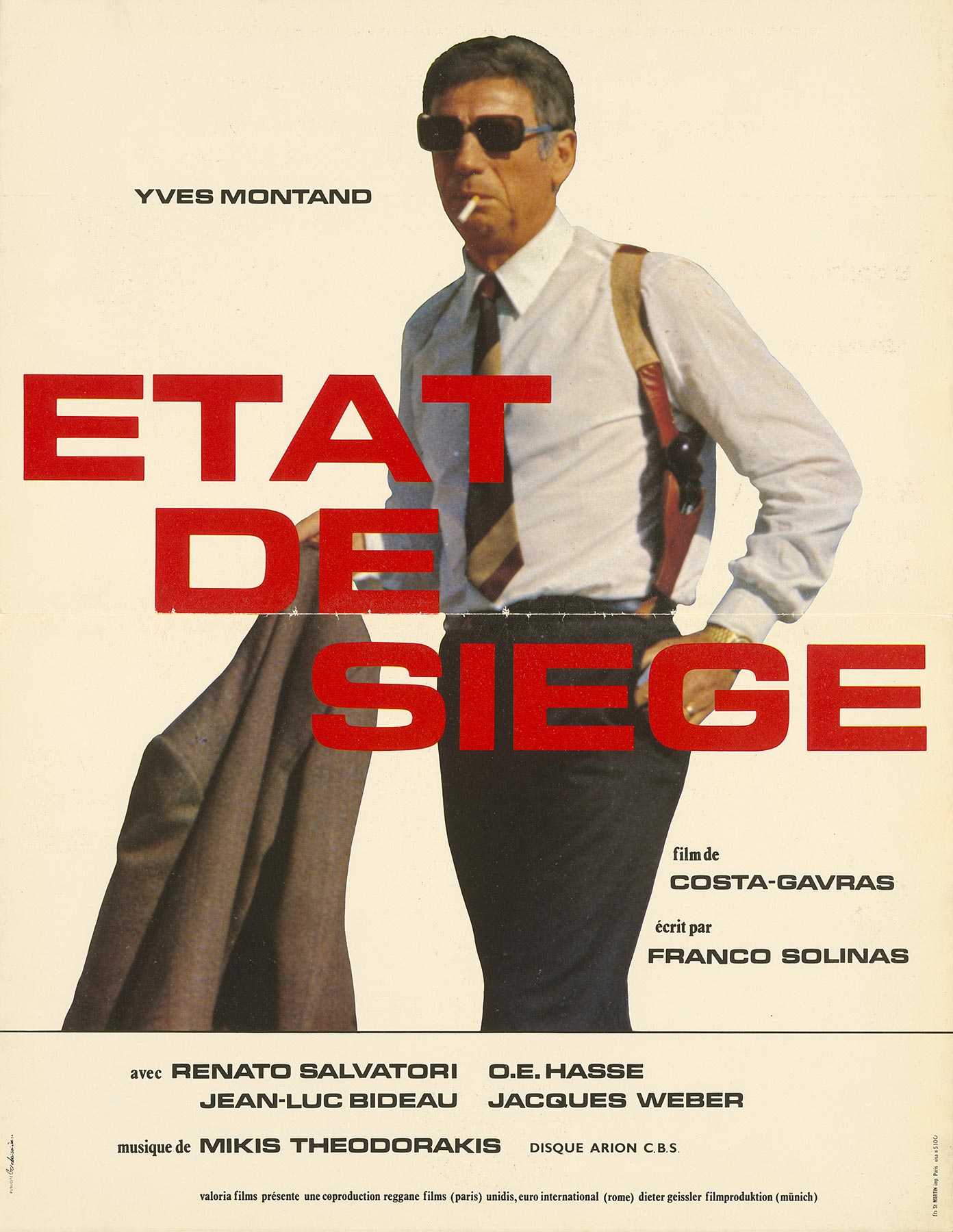 In 1970 Costa-Gavras was looking into  the  CIA  affairs in  Latin America and discovers the existence of certain Dan Mitrione, an agent specialized in “anti-terror strategies” (a euphemism to talk about torture)  who was happy to lend a hand in the formation of established South-American dictators…  Fascinated  by  the sheer cynicism of such a character, Costa-Gavras decided  to make it the subject of his next film: STATE OF  SIEGE. Yves Montand  was staged as Philip Michael Santore – a fictional alias of Mitrione – who is abducted   by the Tupamaros, a revolutionary group of Uruguay. The film flies in the face of all classical narrative techniques (Santore dies within  the first few

minutes) and is impossible to be politically pigeon-holed due to its universal nature. “I was struck by the course  of  the  Tupamaros: youngsters that started out as Robin Hood and ended up stuck in their own  ultimatum”,  Costa-Gavras would  later  say. STATE OF SIEGE, which  was  nominated   for  the Golden Globes and the Bafta, was at the  time  the  ultimate  warning against America’s interference in South-America. Ironically its release

–  which  hit  like  bombshell  – coincided with the coming to power of Pinochet in Chili. Fifty years onwards it’s fascinating – not to say absolutely terrifying  – to see how relevant this film still is in today’s world…