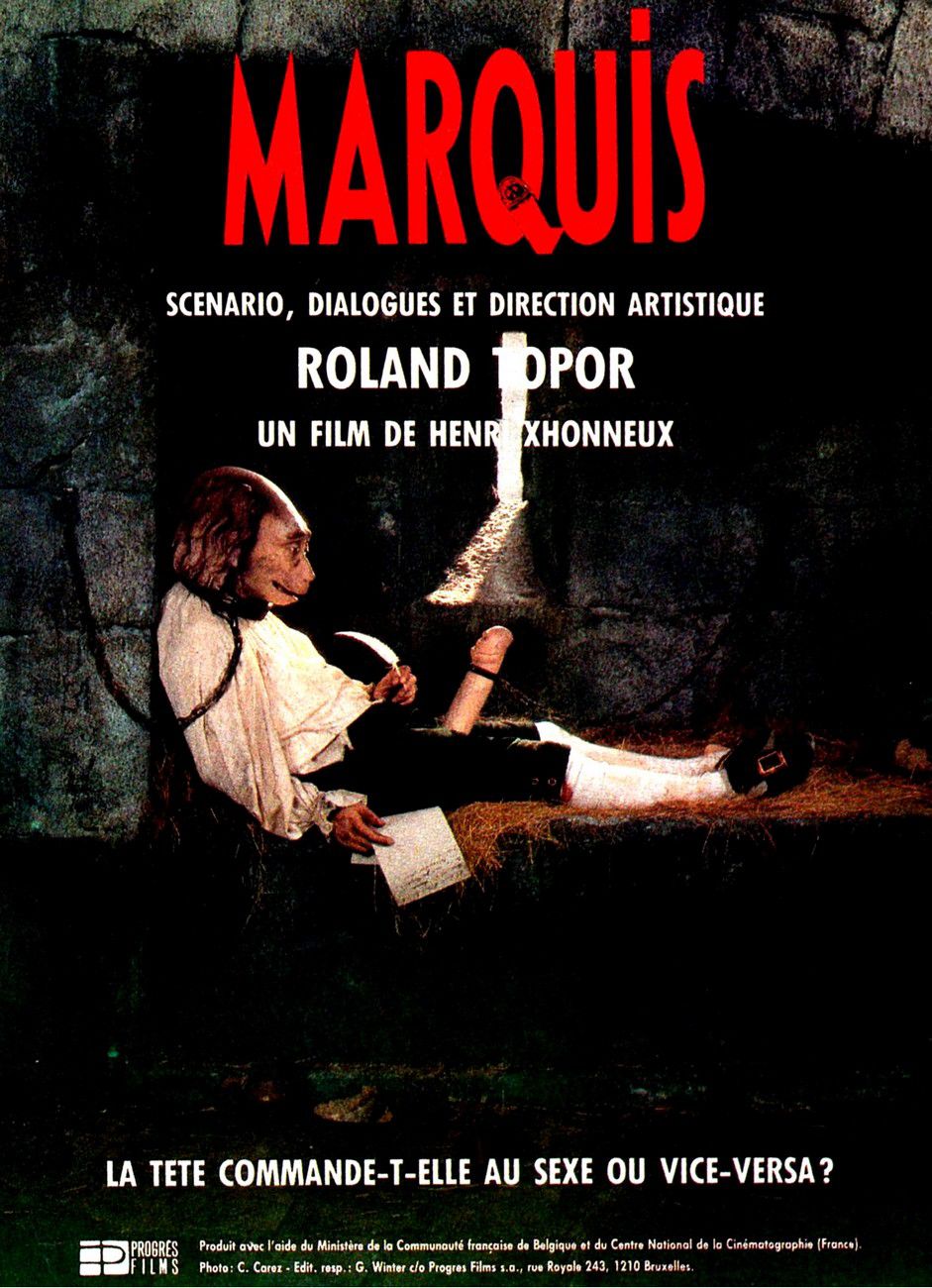 Marquis On the occasion of the tenth anniversary of the death of the author and because of the coming “re-release”, Eric Van Beuren and the BIFFF present a special screening of “Marquis”, a film by Henri Xhonneux. ”Marquis” written and directed by Roland Topor, is a film that brakes boundaries. The protagonist, is a Marquis with the head of a dog, ( in which we can easily recognize De Sade ) is an heroic individual whose rebellion is spontaneous and whose imagination has absolute freedom. Marquis dialogues with Colin , his sex. Colin is young full of vitality, but has changeable health an character. He lives in the moment, from day to day. His relation with Marquis is that of gifted son and his modern father.