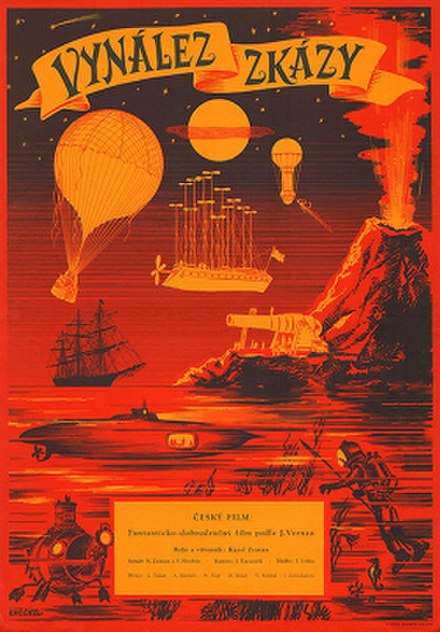 Tribute to Jules Verne Immediately after his fi rst successes, Karel Zeman (1910- 1989) was surnamed ‘the Czech Méliès’. Zeman was a huge admirer of Méliès, and just like the French fi lm pioneer, he adored the work of Jules Verne. Zeman’s career starts in the world of advertising where he learns the tricks of the trade for his later so renowned puppet fi lms. Very quickly, Zeman creates his own style by combining different techniques (collage, animation, trickery, puppet show). The Deadly Invention, in which he animated the original engravings of Verne’s book, marks his breakthrough. Zeman would repeat the same technique with engravings of Doré for Baron Münchhausen. A unique opportunity to (re)discover this magical universe. Apart from the Karel Zeman retrospective, the Film Museum also screens two classic Verne adaptations: Around the World in 80 days (Michael Anderson, 1956) and 20.000 Leagues under the Sea (Richard Fleischer, 1954). Some Méliès shorts will accompany the retrospective. In collaboration with the BIFFF, the French Embassy in Brussels, the Czech Cultural Centre in Brussels, the Narodvi Film Archive.