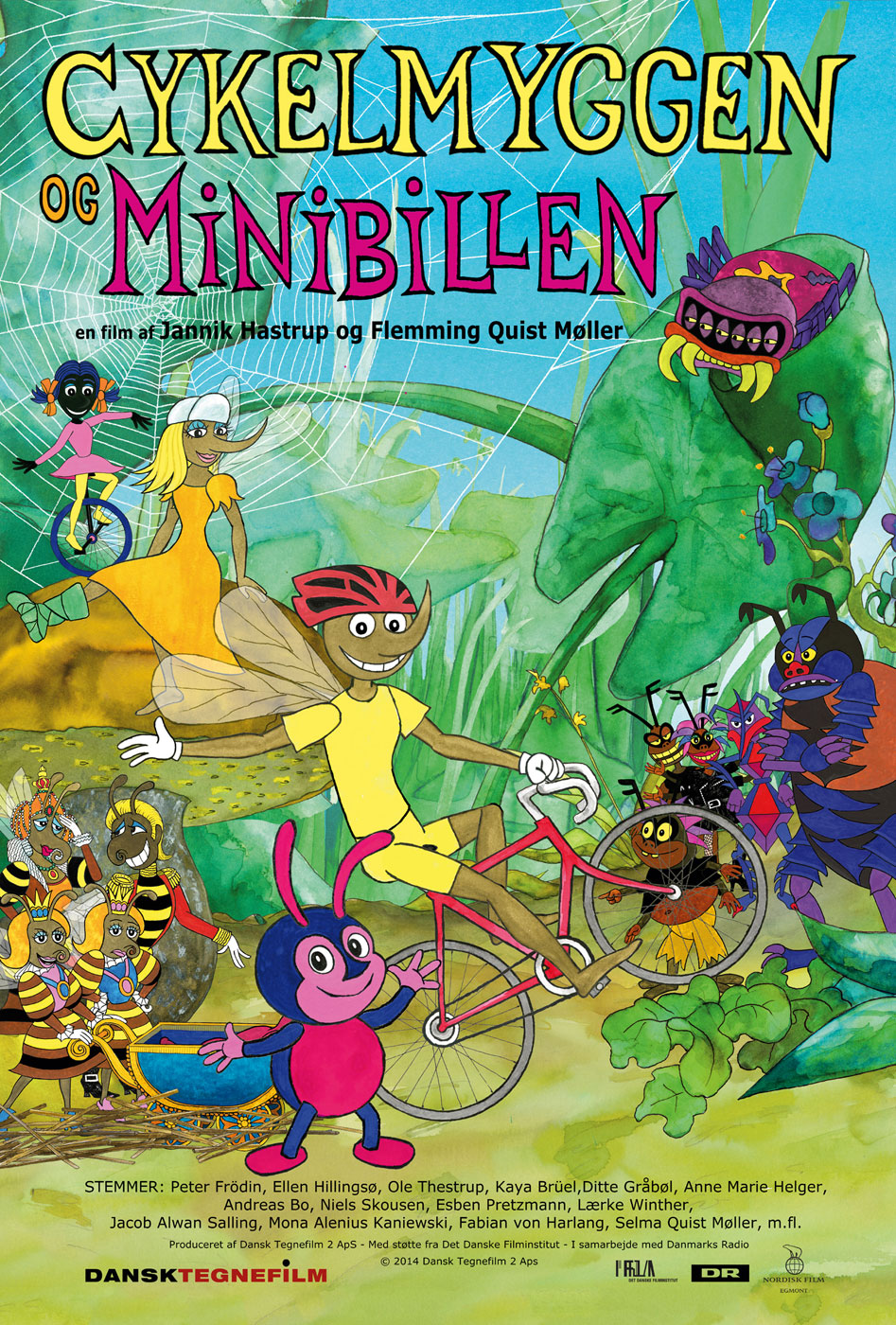 Mini is a small beetle who’s always up for a crazy adventure. Together with Egon and Dagmar, he works in a flea-circus. Then one day everything goes wrong. Miranda the flea-girl sabotages the rope dancing and everything points to Mini for the blame. Our hero is forced to run away and encounters a horrible gang. Their leader, a brutal beetle called Basse, forces him to commit a burglary at the bees. But Mini gets caught and sentenced to a lifetime of hard labour. Miranda, who feels guilty, tries to help him escape. But will they succeed?

Mini and the mosquitos is the second big screen adaptation of the adventures of Mini. The film is directed by Danish animation stalwart Jannik Hastrup, a man with an impressive résumé whose unique style makes him an outsider within the classical animation scène.

This film is the focal point of this year’s Children’s Matinee. Together with youth film distributor Jekino, we have concocted an enchanting morning where children starting from the age of 4 can enjoy a multitude of entertaining activities. They’ll be able to be creative and learn the basics of animation with the famous Jekino “Film Frizzles”.

Price: Movie + workshops + Goodies for the price of a single ticket

Obligatory reservation: you may send the number of kids and adults to the following adress: yannick@bifff.net