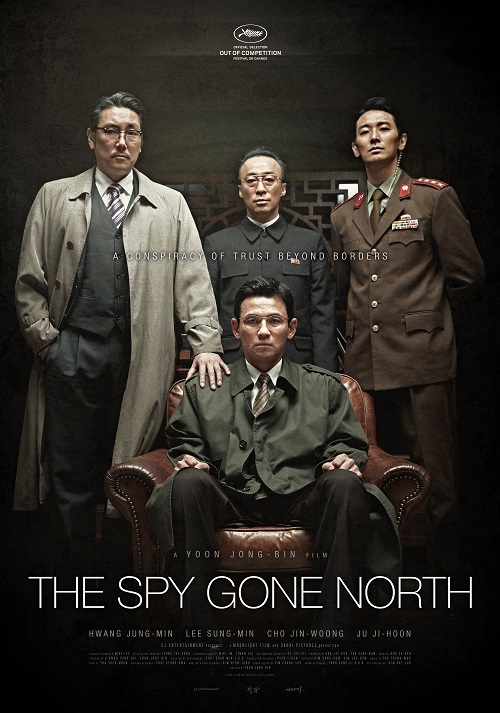 THE AGE OF SHADOWS

Sick of Jason Bourne and his like? Glad the new James Bond – who got infected by Covid-19 – got moved  to November?  But what do think of good old-fashioned  cloak-and-dagger espionage in 20’s occupied  Korea? Kang-ho Son (PARASITE, SNOWPIERCER) and Yoo Gong (TRAIN TO BUSAN) are simply going through the roof and director Jee- woon Kim (I SAW THE DEVIL) is behind  the wheel and he rarely takes his foot off the gas! Classy and filled with one rip-roaring action piece after another.

Roaring  Currents is the spectacular adaptation  of the most important sea battle in Korean history, led by Admiral Yi Sun-shin, played by Choi Min-sik (OLD BOY). Despite his impressive state of service, Yi is suspected of treason and gets imprisoned and tortured. After it becomes clear  that  he’s the victim of a conspiracy, Yi gets released immediately  to command what’s  left  of the Korean fleet.  Thirteen ships will have to face a Japanese invasion force of more than 300 ships. What follows is a breathtaking battle  that  will  decide  the  future  of  the  Korean nation. An epic super-production that broke all box- office records in Korea.

Runtime: 137 min The Spy Gone North is based on the incredible  but true story of Black Venus, a South-Korean spy who, during the regime of Kim Jong-il in the 90ties, pretended to be a businessman and managed  to infiltrate the highest circles of the North Korean regime, drinking  sessions with the supreme leader included.  But that was only half the story, because the political  intrigues  of South-Korean politicians, who  weren’t  shy  of creating  armed confrontations with the North to influence elections, were an ever bigger  threat to Black Venus than the security apparatus of Kim Jong-il’s regime. Jung-min Hwang (THE WAILING) as Black Venus has to evade death, discovery and torture so many times that your heart will  forget  to  beat.  A  terrific,  nailbiting   political thriller by Jong-bin Yoon (NAMELESS GANGSTER).