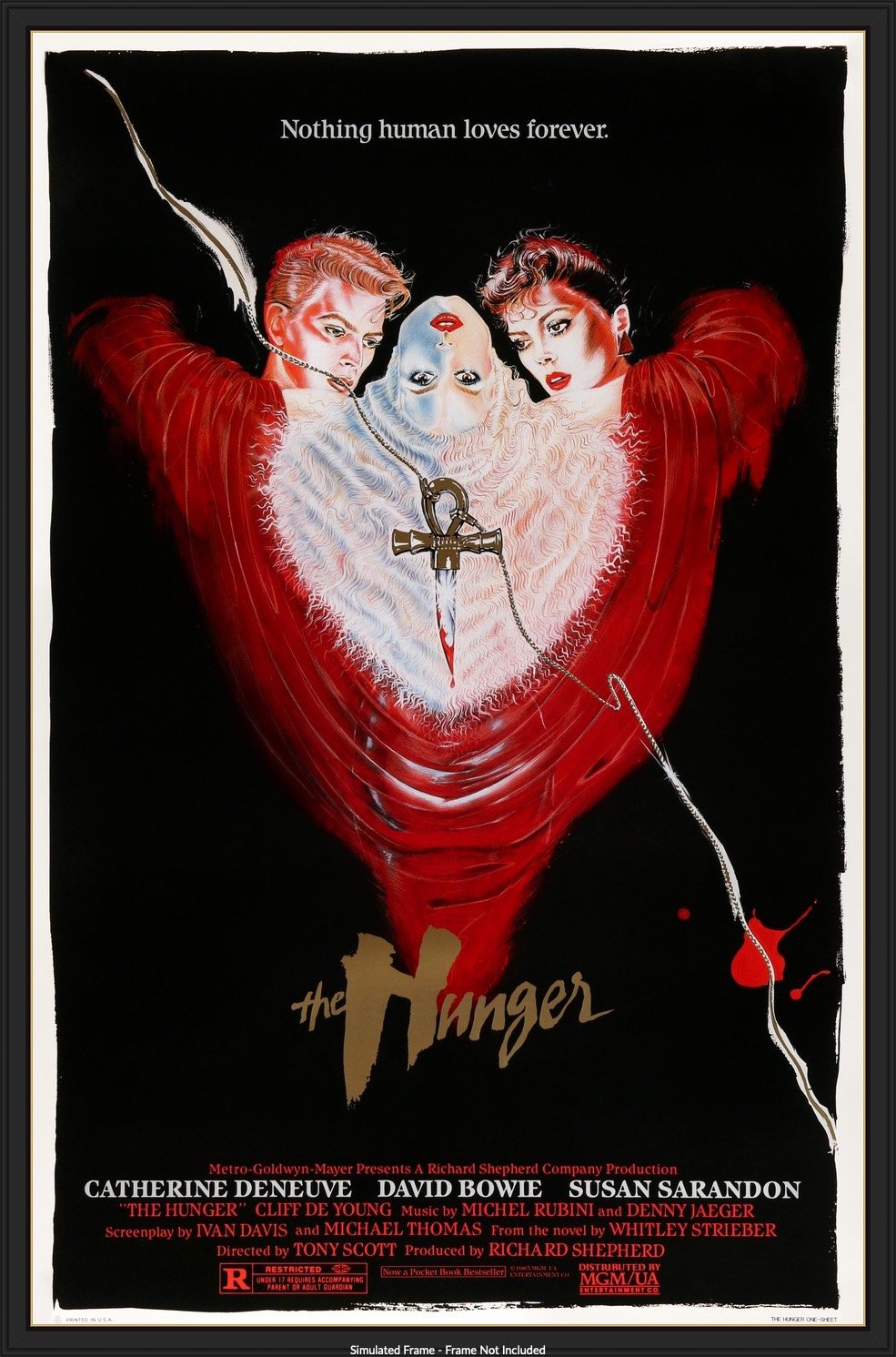 The Festival of Fantasy Film has the pleasure to invite you to 3 nights of genuine adult horror with highlights from the HUNGER series.
Tony (Top Gun en True Romance) and Ridley Scott (Alien en Blade Runner) recently made their small screen debut with the Hunger, a television series consisting of 22 short stories. The two brothers produced all the episodes and even founded their own production house just for the series : Scott Free Productions.
Each episode is a mixture of a parable and a modern city-tale, in which the shadow sides of human passions and desires are being probed. The human hunger for power, money or sex, which causes the downfall of the characters, is very recognisable and thus a lot more frightening than any paranormal or alien horror. This doesn’t mean that the series stays away from fantasy. With success, it walks the thin line between the natural and the supernatural. Each director gives a different interpretation to the themes that are being treated by the series. Some episodes use extreme violence, while others are more erotically charged…
Each episode is introduced and concluded by Terence Stamp (Priscilla Queen of the Desert). This is what he has to say about his part : “My character has lived many lifetimes and resides now in a mausoleum with many strange things around him” His presence adds a touch of the fantastic, which is a beautiful contrast with the reality of the passions and desires of the protagonists in the different episodes.
The crew for the Hunger is a mixture of established professionals and young unknown talent. Regarding directors, besides Tony Scott, we can also mention Jake Scott (cousin of), Darrel Wasyk, Russell Mulcahy (director of Highlander) and lesser known names as Patricia Rozema, Pierre Dalpe and others. Regarding the actors, it strikes out to see that the series has firmly chosen for rising young talent; with relatively unknown names such as Lena Heady, Giancarlo Esposito, Leonardo Cimino and many others. Besides this talented young bunch, the series also uses the services of some veterans of the silver screen like Karen Black (Easy Rider), Michael Gross (Family Ties), Amanda Ryan (Jude), …