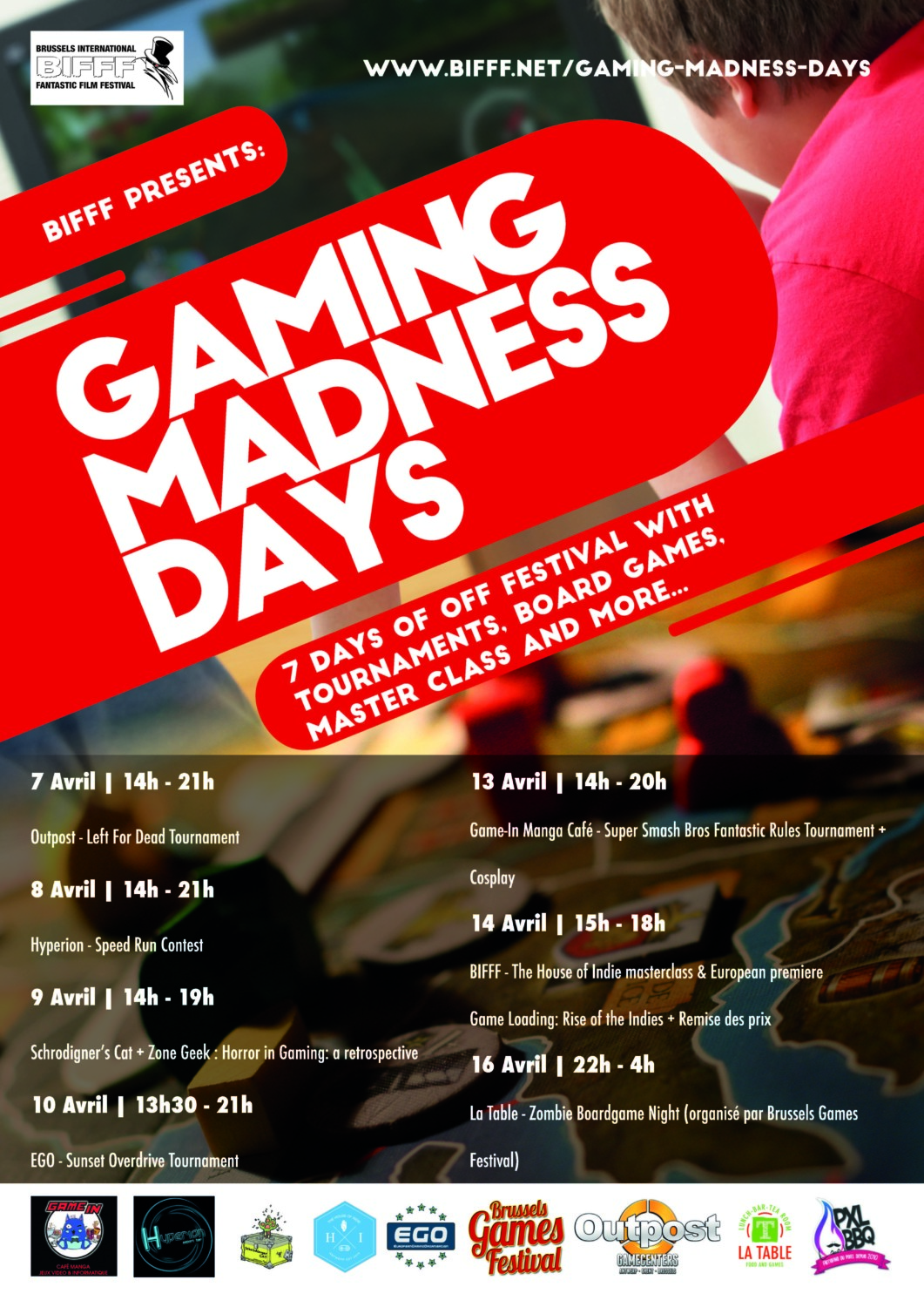 To complete the Gaming Madness Days, the BIFFF and The House Of Indie will organize an afternoon centred around indie games, followed by a ceremony to attribute the awards for the tournament winners.

What’s on the menu?
A premiere of the documentary Game Loading: Rise Of The indie. A movie about the indie gaming community in Europe and how that scene is becoming bigger and bigger.

This will be followed by a panel discussion with creators portrayed in the documentary. Do you dream of starting your own studio or are you just eager to learn how the industry works? Feel free to join the discussion and ask away!

Finally the award ceremony will take place for the different tournaments that took place during the Gaming Madness Days.