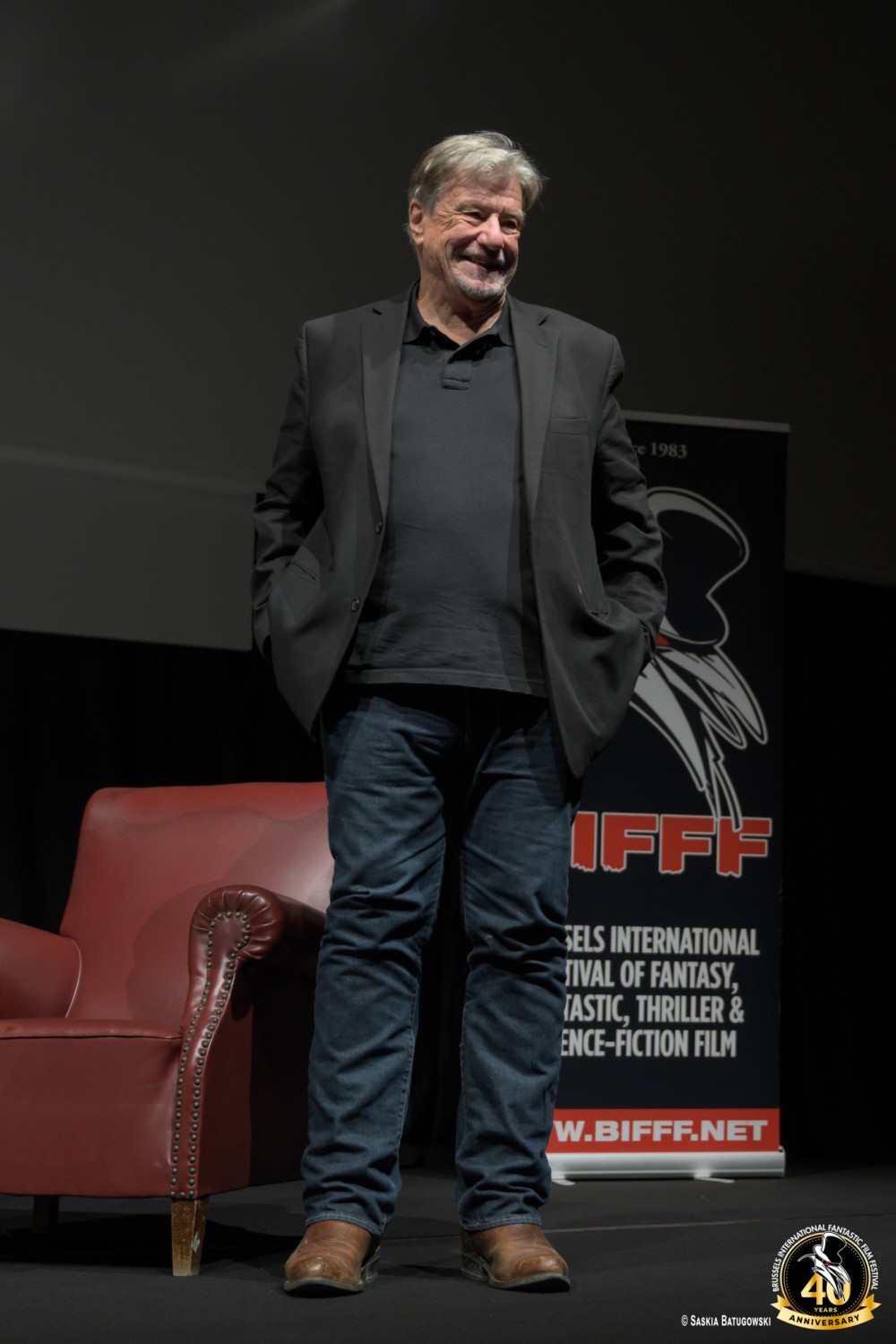 In 1986 NOMADS premiered at the BIFFF. This first feature of a certain John McTiernan already showed a lot of pretty exceptional craftsmanship. According to legend, a famous Austrian actor’s mind got blown by the film and he immediately asked McTiernan to wade through the hostile jungle with him and a certain… PREDATOR. And we all know what happened next: this sci-fi blockbuster almost instantly entered the pantheon of absolute genre classics. But John McTiernan didn’t stop there and pushed on. We should all have a little shrine with his picture at home, simply to thank him for his immense talent and for the numerous cult films we grew up with. Because yes, DIE HARD? McTiernan. THE HUNT FOR RED OCTOBER? McTiernan again. LAST ACTION HERO? You got it! He worked together with the greatest actors of his generation, from Bruce Willis and Sean Connery to Schwarzie and Samuel L. Jackson. John McTiernan is the embodiment of the Hollywood cinema we love the most: muscled, tense and never lacking in punchlines! In short, a genuine badass! FILMOGRAPHY: NOMADS (1986) – PREDATOR (1987) – DIE HARD (1988) – THE HUNT FOR RED OCTOBER (1990) – MEDICINE MAN (1992) – LAST ACTION HERO (1993) – DIE HARD WITH A VENGEANCE (1995) – THE THOMAS CROWN AFFAIR (1999) – THE 13TH WARRIOR (1999) – ROLLERBALL (2002) – BASIC (2003)For three decades, multiple Emmy-Award winning Steve Johnson has been transforming
raw elements, cutting-edge technology, and pure thought into mind-boggling creations. His
company is responsible for the make-up effects in over two hundred films, countless television
shows, commercials, and music videos. He’s blown the doors off audience’s expectations with
unbelievable characters and FX in some of the most astounding and beloved films of our time.
From the beauty and grace of the aliens from THE ABYSS to the zany antics of the ghosts from
GHOSTBUSTERS. From the ground breaking robotics for Robin William’s BICENTENNIAL MAN to
the alien seductress from SPECIES, to the multi-tentacled villain Doc Ock from SPIDERMAN II.
During his master class, Steve will share images and experiences of some of the greatest cult
films ever made: