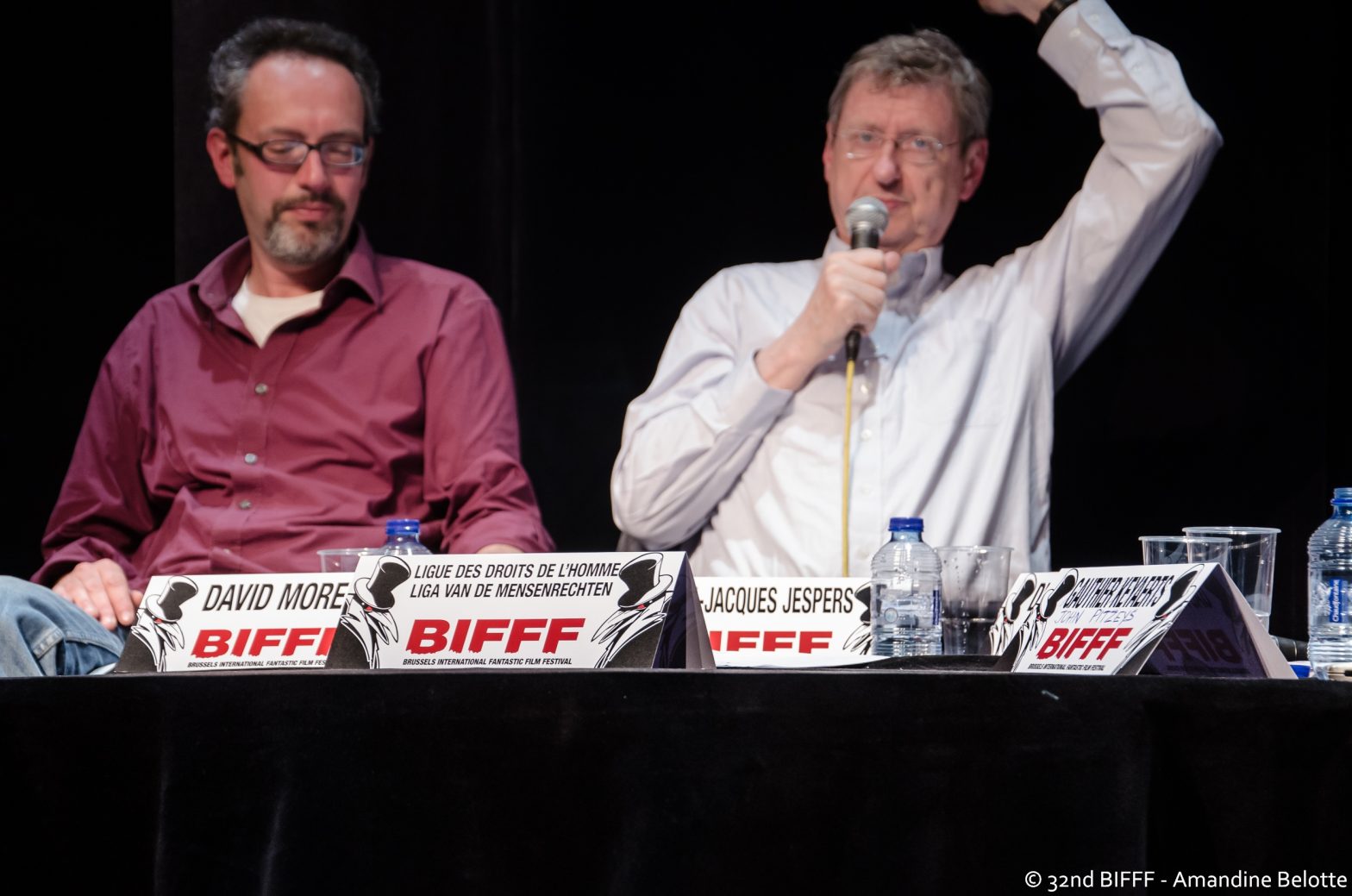 1984 : Back to the present • A rift seems to be open between the world of (science) fiction and our daily reality. More agonizing than
Pacific Rim’s Kaiju’s, is the figure of Big Brother that came straight from the nightmarish world of George Orwell’s 1984. In his wake, he
took with him a cohort of Little Brothers driven by a dangerous obsession with security, fueled by fear of crisis, terrorists and migrants
… Their high tech weapons are deadly for fundamental freedoms: biometric filing (Gattaca, Elysium) predictable justice (Minority
Report), widespread surveillance of protesters (V for Vendetta, Adjustment Bureau, Brazil, Children of Man, Blade Runner…). “1984 was
a fictional story, not an instruction manual” a cyber activist recently said in a newspaper about privacy threats on the Internet. But
the intrusive shadow of Big Brother largely goes beyond the web, as revealed by Edward Snowden’s highlighting of the clandestine
PRISM mass surveillance program; a script worthy of the best Hollywood paranoia thrillers. Is the power of new technologies going to
transform our lives into the hell imagined by literature and cinema? Haven’t we learned from the warnings given by these dystopian
novels and films? Has Big Brother won the game, 30 years after 1984 ? The French speaking wing of the Human Rights League (LDH)
invites you to debate this with: David Morelli (coordinator of the New Technologies Commission of the LDH), Didier Stiers (journalist
for the French speaking daily Le Soir), Gauthier Keyaerts (cultural journalist and sound artist). Moderator : Jean-Jacques Jespers ( ULB
professor, former journalist RTBF ) More info: www.liguedh.be/72430