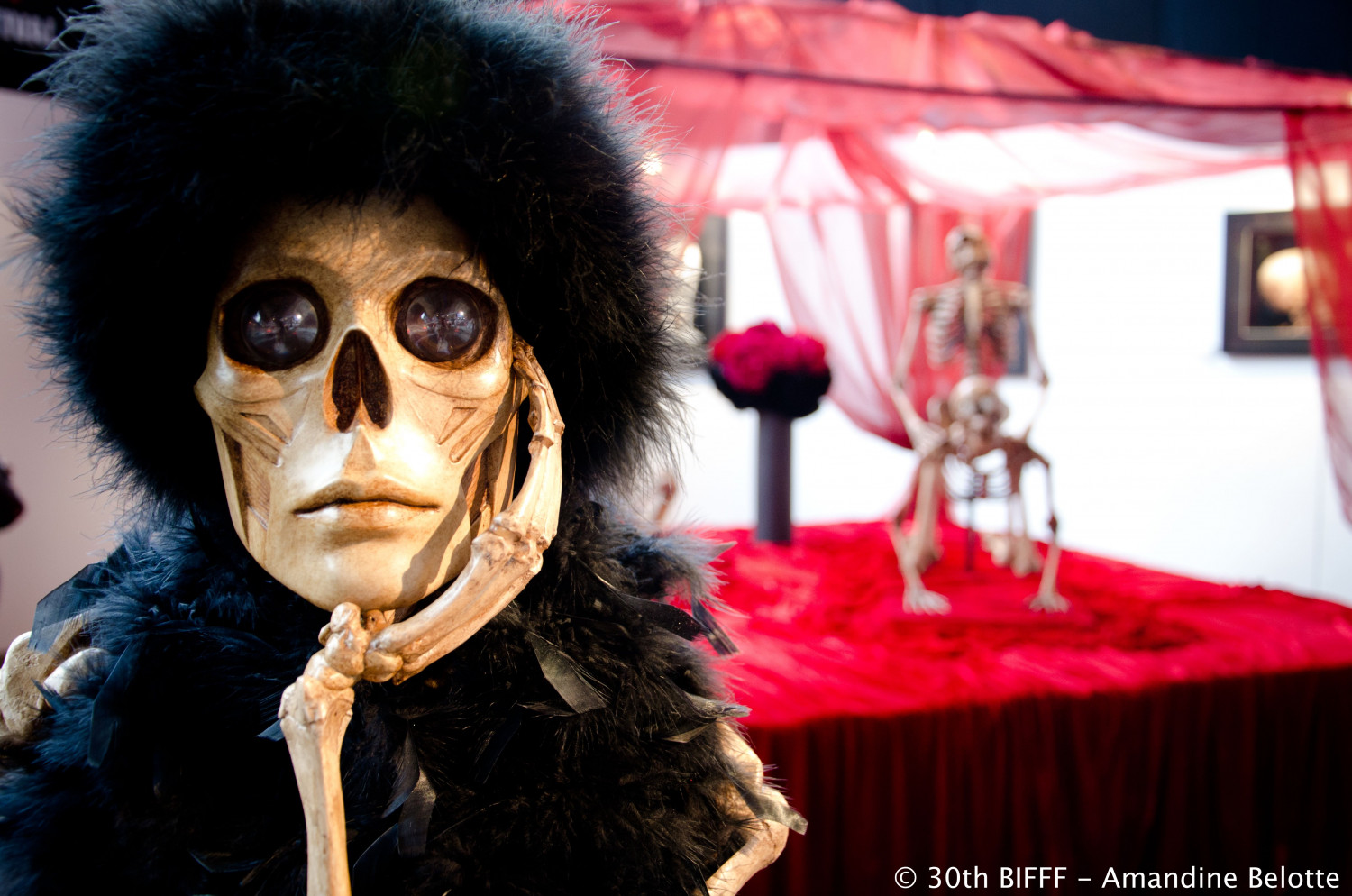 With his exhibition “NICE TO BE DEAD”,
Jean-Marc Laroche gives us a unique insight in the hereafter, where we can see the dead partying like there’s no tomorrow. In this astounding installation, we witness thirteen life-size skeletons who are dancing and swinging like mad, rejoicing themselves in the pleasures of life. This Parisian sculptor already exhibited at the BIFFF in 1994. We can vividly remember his fantastic knifes which have since then become true cult objects. At the festival they enthralled audience and jury alike, among whom George Romero. Since then, Jean-Marc Laroche has devoted himself to more imposing creations. His sculptures, often in bronze, found a place with private collectors and in museums in France, the Netherlands and Brazil. From 2005 till 2008 he worked on “The human mechanism or visions of a previous future”. His works seem to originate from another era, as if they were born out of the imagination of a 19th century visionary. After the success of his two most recent exhibitions in 2011, ”Lovers of the Void” in Paris and “Lovers from the Hereafter” in New York, Jean-Marc Laroche comes to the 30th Brussels International Fantastic Film Festival with a special exhibition of his entire oeuvre; ranging from his fantastic knives to his spectacular vision of eternal life in the hereafter !