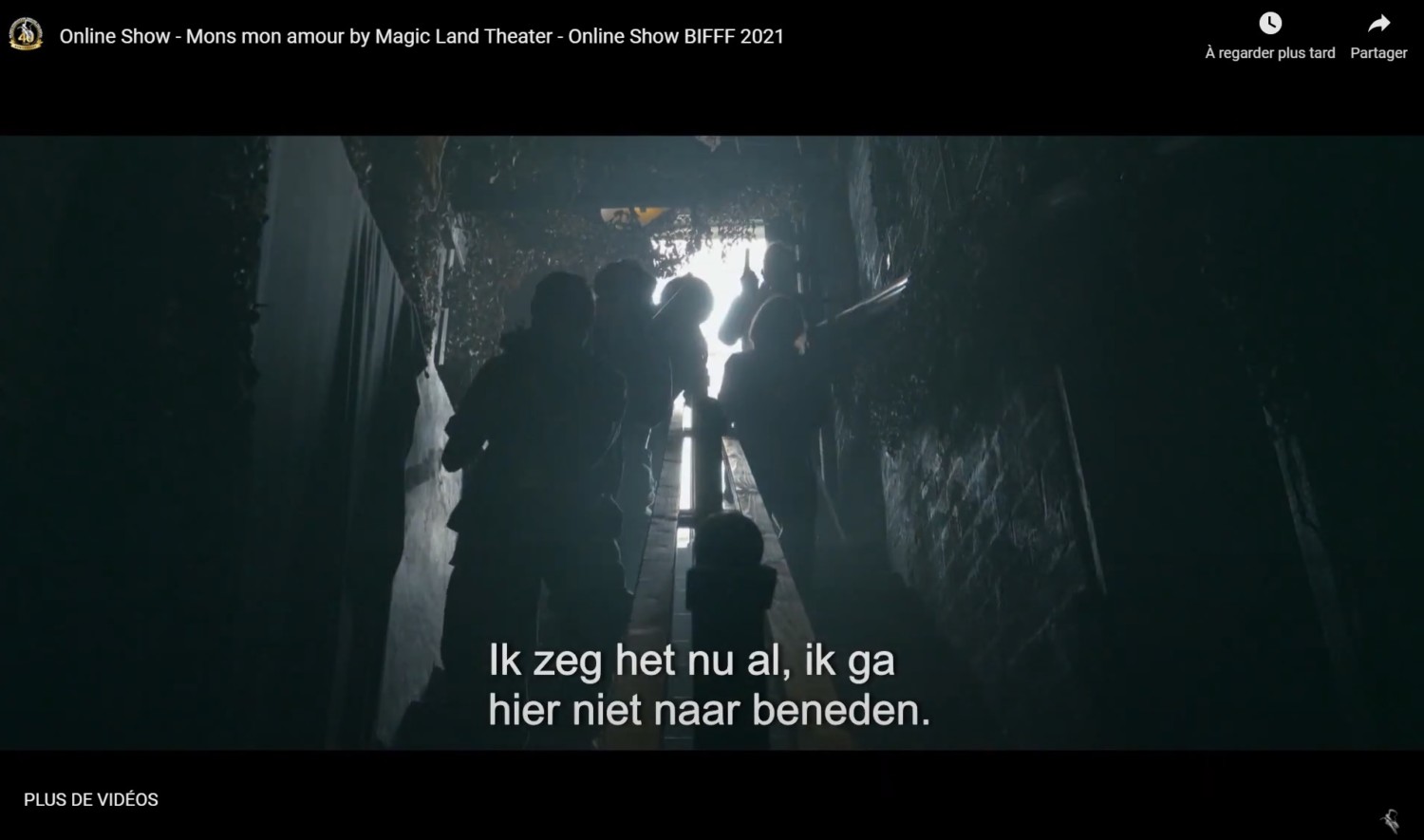 Online ANIMATION by Magic Land
Since its creation, The Magic Land Theatre has been an inseparable partner of the BIFFF. There hasn’t been an edition without them invading the festival with monsters, mutants or with the now famous rafting race. Even in pandemic times, they’re ready to give their all, but as the health crisis will not allow them to perform «live» , they will show up in a video clip during the closing night!

«January 2080, Berlin. After one climate disaster after another, the air has almost become unbreathable. A large part of humanity is gone. Only those who have found refuge in the underground have somehow managed to survive. For the others, shelter and food are scarce. The survivors who discover Professor Kurt’s bunker could never have imagined that the facade of a Bavarian guest house hides a dangerous molecular genetics laboratory.»

When the actors of the Magic Land get their hands on this fantasy classic, the story takes on a most peculiar form. Written and directed by Patrick Chaboud
Directed by Pierre Vandamme