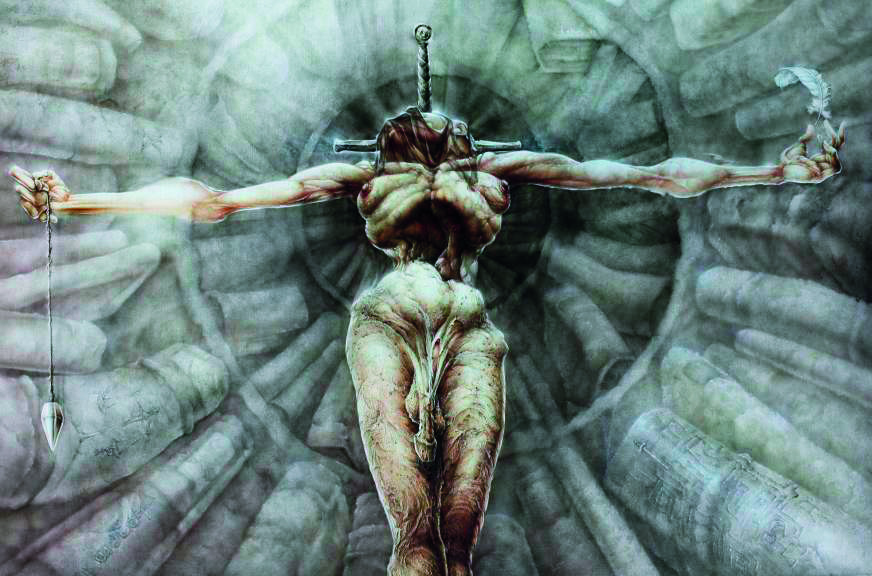 White night, this paradoxical expression, summarizes so well David De Graef’s imagination: to conciliate polarities. He melts together opposites like black and white, love and dead, belief and heresy. “Polarity”, so sais the dictionary, “means two extremities of one energy”. Like an alchemist, David De Graef intertwines light and dark, desire and fear, virtue and sin. David’s paintings inspire you to polarity. They harvest fascination and aversion, disturb the mind and move our heart. This pictorial philosopher translates emotions and reason in his paintings, inviting us to reflection and meditation

This painter, who rather bothers than put in order, invites you to the depths of an obsessing world where no moral value is absolute. His sharp sight on our institutions and emotions catches you in a universe where reflection faces fear. In his visionary universe David De Graef paints both tenderness and violence. This autodidact melts power and finesse to reflect our joy and unease. He confronts contrasts to offer scenes of loss and resurrection. The phantasms of the artist sketch mankind’s walk through love and hate, belief and lie, hope and fear. This pencil narrator draws inspiration from physical and mental decay, always put in perspective by a certain optimism and sense of humor.

Through his painter’s eye, David De Graef develops a pictorial philosophy, which escapes from each rational explanation or narrow classification.