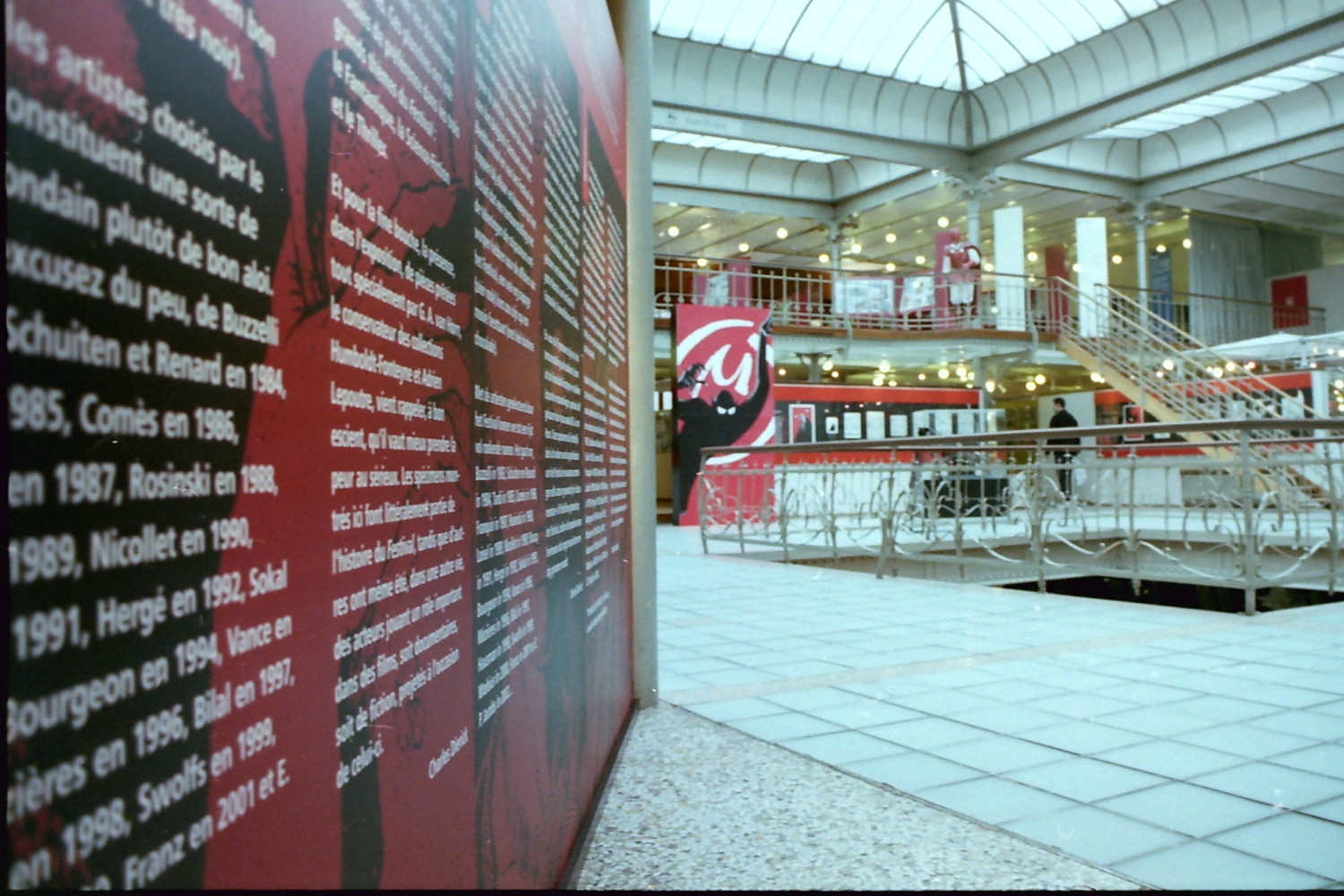 From the 5th of March till the 5th of May
2002
“RED AND BLACK ”
20 years of the Brussels International Festival of Fantasy, Thriller and Science Fiction Film In March 2002, the Brussels International Festival of Fantasy, Thriller and Science Fiction Film celebrates its 20th anniversary. In order to mark this major event, the Belgian Centre for Comic Strip Art and the Festival thought that an extensive retrospective exhibition, showing the drawings made by comic strip artists for the posters of the Festival, would be a very nice cherry (a quite red one at that) on a very tasty cake (with real dark chocolate). Indeed, the draughtsmen chosen by the Festival form a genuine high society address book. We are talking here about no less than Buzzelli in 1983, Schuiten and Renard in 1984, Tardi in 1985, Comès in 1986, Franquin in 1987, Rosinski in 1988, Loisel in 1989, Nicollet in 1990, Boucq in 1991, Hergé in 1992, Sokal in 1993, Bourgeon in 1994, Vance in 1995, Mézières in 1996, Bilal in 1997, Hausman in 1998, Swolfs in 1999, Moebius in 2000, Franz in 2001 and E.P. Jacobs in 2002… “The Red and the Black”, a delicious as well as disquieting exhibition presents, author by author, the preparatory sketches for the posters, as long as they have survived the passing of time, the finished result and the silk-screen print. You will also be able to see a selection of original plates by the draughtsmen in question. Priority has been given to plates from series related to the Festival’s three main themes: Fantasy, Science Fiction and Thriller. Finally, for the gourmets among you, disturbing pieces by the enigmatic artist G.A. van Horn will remind you that fear should always be taken seriously. A word to the wise…
Charles Dierick
Belgian Centre for Comic Strip Art
Rue des Sables 20
1000 Brussels
Tel.: +/32/2/219.19.80
Open every day, except Monday, from 10 am till 6 pm.