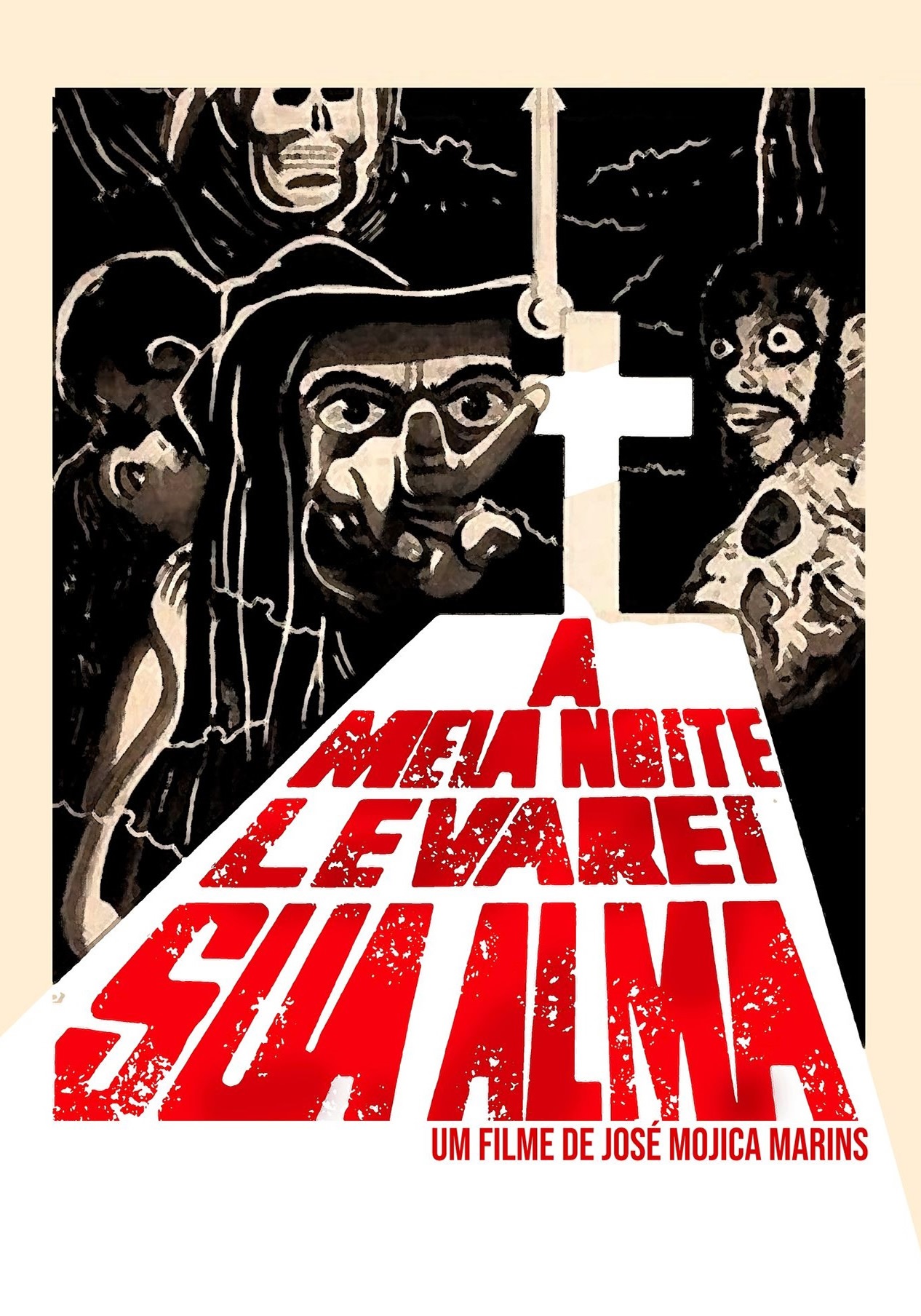 AT MIDNIGHT I WILL TAKE YOUR SOUL
José Mojica Marins, Brazil, 1963, vo/ov eng st.,
35mm, 92’
The film debut of Coffin Joe was also the first true horror film made in Brazil. Shot in only 13 days, on a shoestring budget with a cast of non-professional actors, the result is astonishing. Marins both directs and stars in this nihilistic chiller, playing a sadistic village undertaker who terrorizes a small religious community in his search for the perfect woman to bear him a child.

THIS NIGHT I WILL POSSESS YOUR CORPSE
José Mojica Marins, Brazil, 1966, vo/ov eng st.,
35mm, 105’
This sequel to At Midnight I’ll Take Your Soul is bigger, bolder and more insane than it’s predecessor. Coffin Joe returns to continue his quest for the perfect bride. For his sins Joe is dragged headfirst into the underworld. As imagined by Marins, this 12 minute surrealistic descent into hell is as unique a vision of hell as you’ll ever see!

AWAKENING OF THE BEAST
José Mojica Marins, Brazil, 1971, vo/ov eng st.,
35mm, 79’
Banned in Brazil for more than 20 years and referred to as the ultimate cinematic acid trip, this is one of the most bizarre and eccentric films ever made. A more complex and multi-layered work than its predecessors, the film sees Marins blurring the boundaries between himself and his Coffin Joe creation. A sinister psychiatrist experiments with LSD on 4 swinger volunteers who enter the strange nightmarish world of Coffin Joe, with each experiencing a different reaction involving sex, perversion and sadism.

END OF MAN
José Mojica Marins, Brazil, 1971, vo/ov eng st., dvd, 79’
A departure from his Coffin Joe character, Marins plays a strange messianic figure who emerges out of the ocean one day, and does his part to spread kindness and love wherever he goes. Going by the name of Finis Hominis, we witness Marins travelling across his native Brazil performing acts of healing and other Christ-like miracles.

THE DEVILS – THE DIRECTOR’S CUT
Ken Russell, UK, 2004 (1971), vo/ov, beta, 111’
Starring Oliver Reed and Vanessa Redgrave, and with a stunning, anachronistic set design by Derek Jarman, Ken Russell’s (Mahler, Tommy and Gothic) typically flamboyant approach turns the film into a wild orgy of sex, violence and high camp spectacle. Behind this baroque imagery lies the film’s real force: “The Devils” is unparalleled in its delineation of the extremes people go to in order to preserve belief systems and in its exposure of abuse of power. For over 30 years the film was only available in a “butchered” version, until film critic Mark Kermode discovered a reel of previously unscreened censored footage, featuring restorable versions of key sequences from the film, including a notorious ‘rape of Christ’ scene.