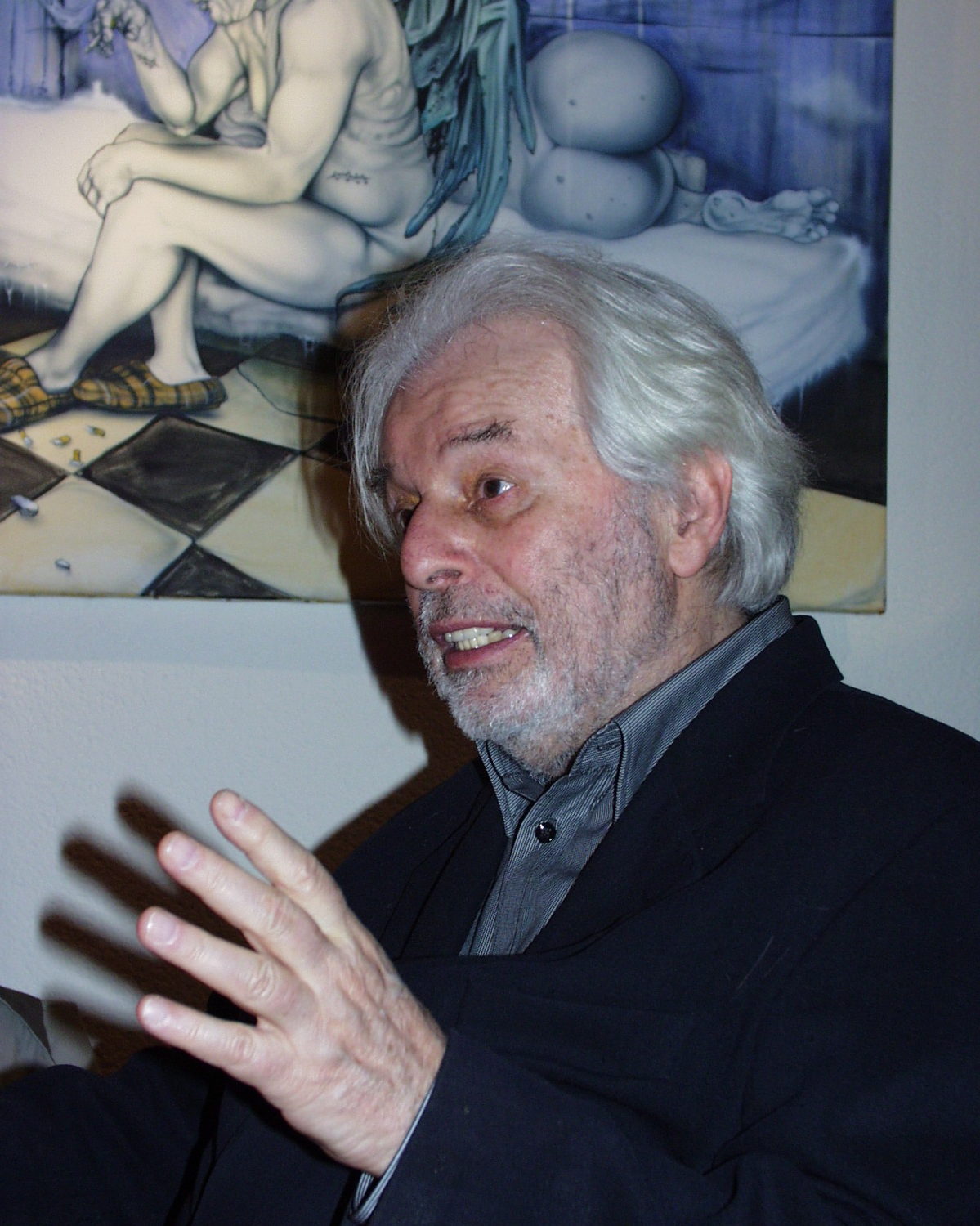 Alejandro Jodorowsky first sets foot in Paris in 1955 with the intention of becoming a mime player. Alongside Marcel Marceau, he takes the course of Etienne Decroux. Afterwards, he works with Maurice Chevalier in the Music Hall, before his decisive encounters with people like Roland Topor and Francisco Arrabal, with whom he founds le Théâtre Panic. Jodorowsky starts divi­ding his time between Paris and Mexico, where he makes movies that will give him the status of cult director: Fando y Lis in 1969 (based on a play by Arrabal), El Topo in 1971, The Holy Mountain in 1973 and Santa Sangre in 1989. In 1975, he works on a movie project that brings together the talents of Salvador Dali, Orson Welles, H.R. Giger and Moebius; the adaptation of Frank Herbert’s Dune, which will finally be realised by David Lynch some 10 years later. Alejandro Jodorowsky will surprise us with his “Mystical Cabaret” and will introduce his movies programmed in the Mexican retrospective at Cinema Nova