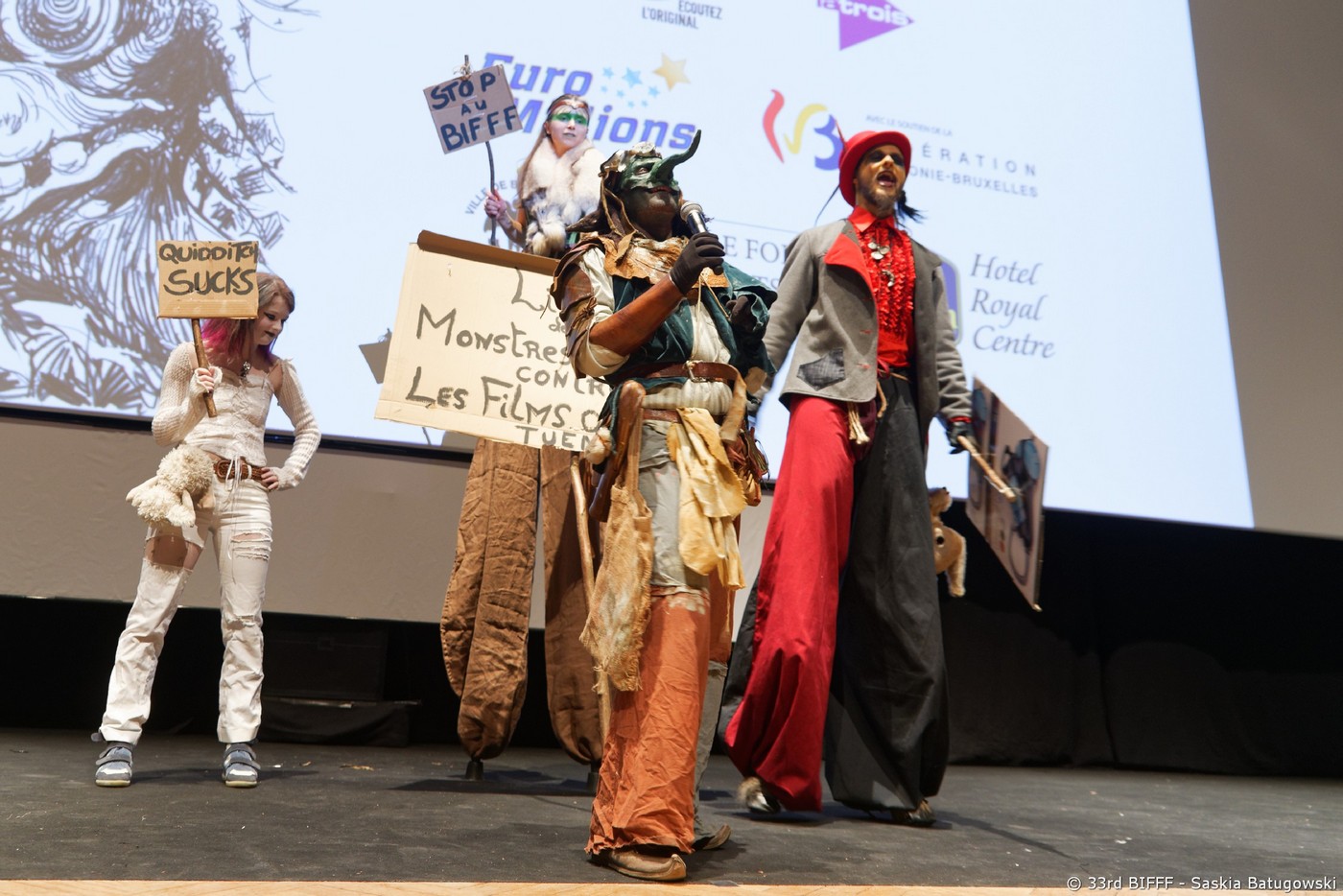 A truly heart-warming act with totally deranged Siamese zombie twins! They’ve just risen from the grave and they’re having a great time here. You have to forgive them their mindboggling dumbness, as the mice ate most of their brains. Together they share one functioning brain cell. Have fun with this outrageous duo.

Archam, rare creature tamer extraordinaire, has crossed all oceans, climbed the highest mountains and explored the deepest chasms with but one goal: finding an Uruluki. Do not miss this unique opportunity, for the very first time on this planet, to see this shy and naughty creature. Do not be afraid; follow Archam and discover who, the master, the creature or the audience, has really been tamed…

When the Spatians started to conquer other worlds, they introduced an extremely rigorous control procedure on the species that could be introduced on these planets. Thanks to this, the worlds of the Spatians do not contain any life form hostile to humans. That’s because most Spatians think that mankind is an underdeveloped species. (sic)

The Magic Land Theatre is not only pretty daft in a seriously funny sort of way; they’ve also been a part of the BIFFF for decades. The company, founded in 1975, has a very diverse range of activities, from puppet-theatre to TV-shows, but they’ve always remained loyal to their first love: street theatre animation. At the occasion of the BIFFF, they’ll spout their funniest and most absurd jokes, put on their most extravagant costumes and transform into weird and fantastic creatures to create havoc at the festival.

You remember them, those silly creatures that kept you from drinking your beer in peace while they were pretending to entertain you? You thought you got rid of them, didn’t you?

Too bad! They’ve remembered the way to Bozar. And, for your very own pleasure, they’ve brought with them a plethora of new creatures…

The PUCK Company will once more be present at the BIFFF this year! Still quirky, still crazy, the Puck actors will be delighted to see you again.

A contemporary take on the classic tale of the dragon, the knight and the princess !

Coming out straight from the fantastic world, the creatures from Trollandia lost their way. They randomly end up in the strange human world; a universe so different than the one they know! Curious and puckish, Trollandians are thrilled to find out more every day about those odd animals, with neither fur nor horns…

Waggish troll, juggling satyr, acrobatic faun and many more will come cheer your evening up with their drolleries of all kinds!