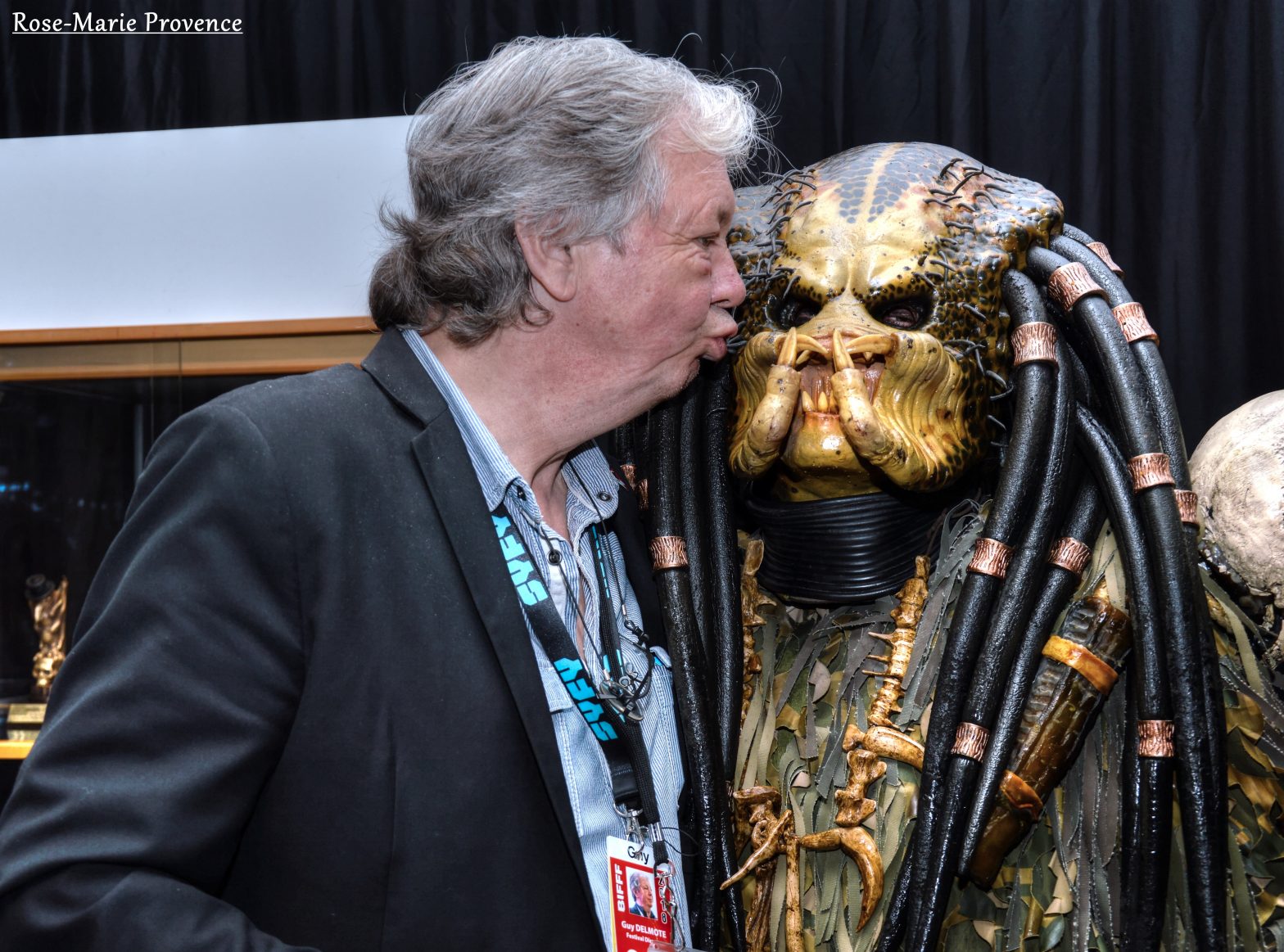 Four-legged Monsters
Don’t be afraid! Their hustle and bustle notwithstanding, they’re just two friendly balls of hair. That is, if they’ve eaten enough beforehand, of course… Will you dare approach them?

The Witches
With their impressive broomsticks, our witches will not go unnoticed during your Halloween and medieval parties. Laughter and thrills guaranteed!

The Demons
Run, they’re coming! These quick and mischievous demons appear out of nowhere and make a mess wherever they go!

Mrs. Pumpkin
She doesn’t like princesses, children, old people, beauties or ugly ducks… In short, she doesn’t like anything much, except maybe to talk, grumble and sing! But she’ll make you laugh!

Voodoo Magic and Cartomancy
Meet Madame Nostra. Your past, present and future has no secret for her. Want even more magic? Baron Samedi is quite skillful at levitating objects. All you need for a magical BIFFF!
www.takapa.be

Once more, Puck Company is present at the BIFFF! Not only will they present a zany closing show, they will make you move your ass during the ZomBIFFF’lympics! They also come in the guise of trolls: small, big, beautiful, and cuddly. Bring on the mud!
www.puckcompany.be

Monstrous Beauties
Visual and acrobatic show of two Monstrous Beauties, with a hideously poetic program. Keep your eyes and ears open and don’t lose a minute of their opening show!
www.art-smile.be

The Magic Land Theatre has been a part of the BIFFF folklore for years. Founded in 1975, the company has seen its activities diversify from puppet shows to television programs, but has always remained faithful to its first love: street arts. During the festival, these wickedly funny actors put on their wildest costumes and shape-shift into fantastic and zany creatures.
www.magicland-theatre.com

The Yeti
Remember the yeti? You know: hairy, half animal, half man, with big feet and hands, known to scream his head off. Well, he’s out! In 2018, with all kinds of species dying out, he has reincarnated as a new creature: no thicker than an envelope, hair as good as gone, with tiny feet, and fond of dancing and hugging. How’s that sound?

He is back like a wrathful warrior! This time, the Predator has chosen Brussels as his hunting ground. Festival-goers beware, you are his new target! Whether for a photo or to see his trophies up close: come and meet the Predator!