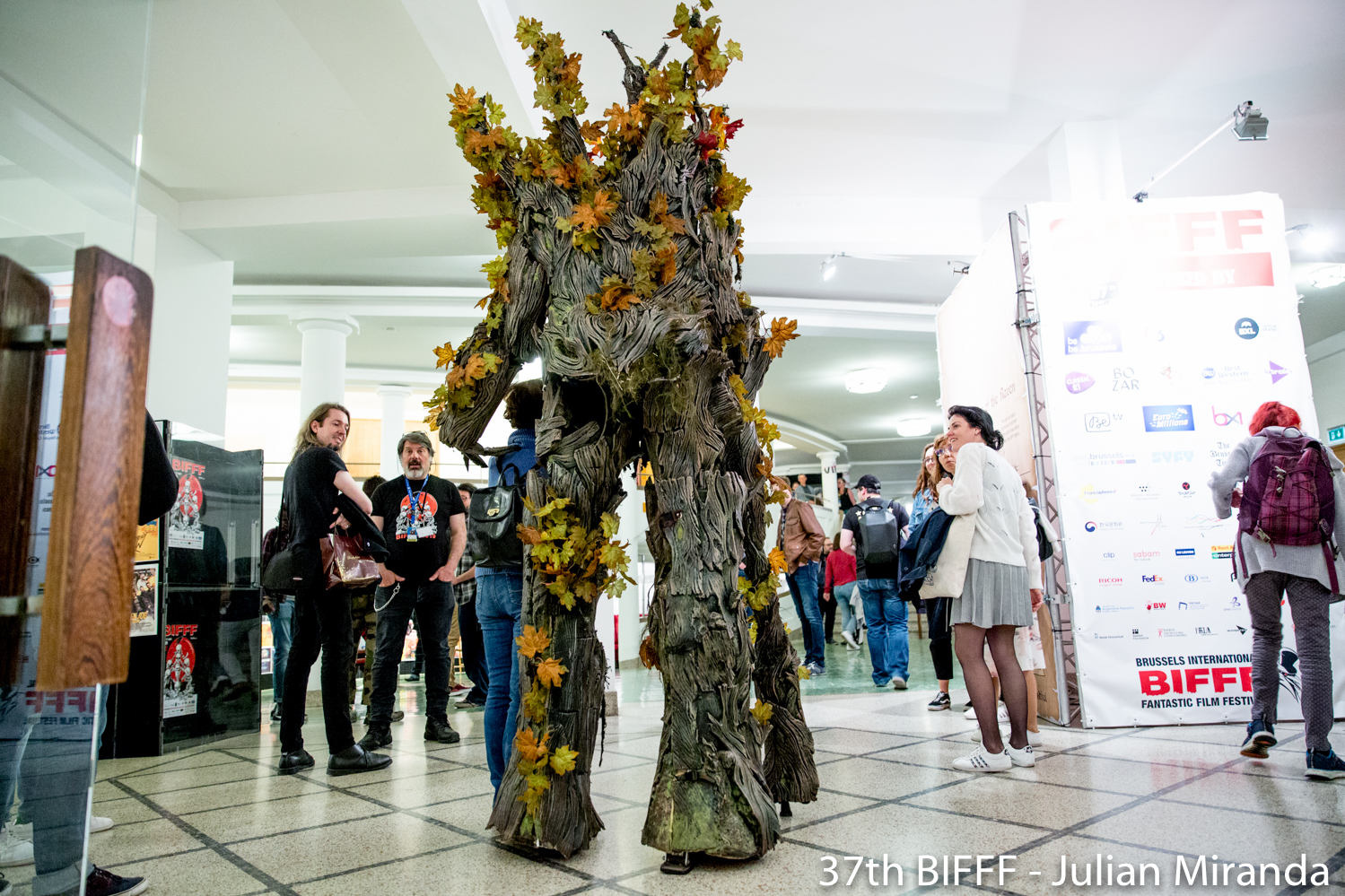 The BIFFF welcomes, every day, troupes of artists
who will be there to amaze you

Hypnospeare is a collective of two dynamic hypnotists from Brussels that organizes all kinds of fascinating events with one central theme: hypnosis. For the first time at the BIFFF, they’ll invite us to scary hypnotic moments laced with lots of humor.

They’re sisters, but who are they? We don’t know anything, but one thing is for sure. They’ll enchant us with their war dance and invite our souls to dance with them.

The rafting-race on a sea of people is back at the BIFFF. This hilarious and exciting madness is a perfect illustration of the decade-long complicity between this film festival and this extraordinary theater company. No other film festival would have the audacity to program a race of inflatable canoes over the heads of the spectators. And no other theater company could invent such a wild and original spectacle. The rest … is history.

In 2010, Miam Miam Creative Lab was founded in the center of the Flagey neighborhood. Their aim is to realize quality projects with equal attention to skills and passion in each creation.

The Puck Company is back at the BIFFF for the seven hundred and thirty-third time in a row! This gang of strange and loudmouthed creatures that will make you laugh instead of shiver are happy to meet you in the catacombs of the Bozar. On the menu, trolls and bloody sacrifices made from stuffed duck! Yep, you can say it aloud this year: “But why are they so mean?” We’ve got a good idea that you already know the answer…

Monsters on all fours
Don’t be scared! Behind these big vicious monsters hide two cute balls of fur. That is, at least, if they’ve eaten enough… Do you dare to come closer?

Frankenstein’s Monster
Franky is alive! Our extravagant and clever lunatic has successfully brought him back to live. But there is something wrong in his head. His brains are expired and have become the home of several families of worms. Children are welcome to fish them out, because the insides of his skull are entirely  edible, if it isn’t too disgusting of course.

A formation of 10 percussionists rhythmically pounding on barrels invite you to a bewildering spectacle, combining metallic beats, force and choreography!

The fantastic creatures of Trollandia are lost. They accidentally stepped through an imaginary door and now find themselves in the strange world of Zhumania, a universe very different from their own! The curious and malicious Trollandians are happy to discover strange new creatures with neither hair nor horns: the Zhumanians!

“Have you ever wondered if a tree or a rock could move, could murmur or could follow you?”
The spirits of the forest wandered off and want to meet you. Maybe you’ll have the chance to approach them.
By Ver’Nack